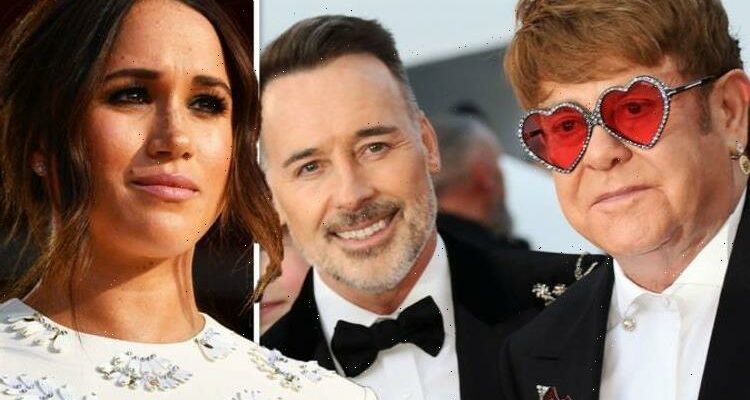 Elton John’s filmmaker husband David Furnish has branded Meghan Markle an “amazing leader” as he prepared to collaborate with her on her new animated Netflix series. The husband of the iconic singer, 58, is set to produce the series which is partly based on Meghan’s own childhood.

Meghan previously said that the series will follow a “12-year-old heroine who finds inspiration in influential women from history.”

Its main character is named Pearl – the original meaning of the Duchess of Sussex’s name – which can be traced back to its Greek origins.

She has since been in talks with David to produce the series.

“And we’re just very, very excited to be working with, you know, someone as influential and as supportive as Netflix,” he said at the HELLO! Inspiration Awards.

Meghan’s pursuit of more creative projects has also been seen in her recently published book, The Bench.

The children’s book was inspired by a poem that she had written for her husband Prince Harry on Father’s Day after watching him with their son, Archie.

It also features several pictures of the couple with their first-born child.

Meghan’s return to TV sees her take the reins as “creator and executive producer” and marks the first time the star has worked in a producing capacity.

Addressing her new series in a statement, Meghan revealed that it’s focus is on “celebrating extraordinary women.”

It read: “Like many girls her age, our heroine Pearl is on a journey of self-discovery as she tries to overcome life’s daily challenges.

She continued: “I’m thrilled that Archewell Productions, partnered with the powerhouse platform of Netflix, and these incredible producers, will together bring you this new animated series, which celebrates extraordinary women throughout history.”

Meghan made the statement under her royal title of the Duchess of Sussex.

Speaking about his involvement in the series, David said: “I am delighted that we are finally able to announce this exciting animated series.

“Meghan, The Duchess of Sussex and I are deeply passionate about bringing the inspirational and positive stories of extraordinary women from around the world to a global audience of all ages.

“The team collaborating on the series are first class, and Netflix are the perfect partner,” he added.

Meghan and Harry’s close relationship with the I’m Still Standing singer and his filmmaker husband is well known.

Harry’s mother Princess Diana was good friends with the star and he and Harry became close after her death in 1997.

In 2018, David and Elton attended the couple’s wedding together.

A year later, the singer flew the Duke and Duchess out to his multi-million dollar mansion in the South of France on his private jet.