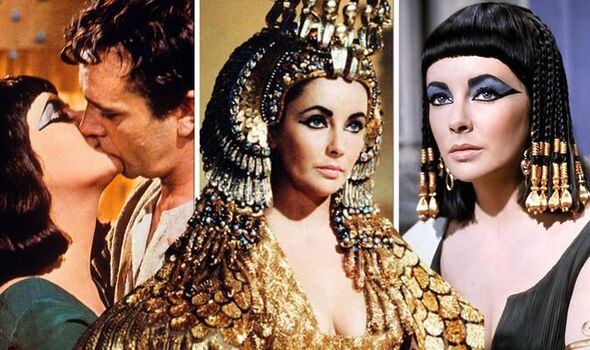 The late Elizabeth Taylor was in her early thirties when she wowed audiences with her role in the movie Cleopatra alongside Richard Burton.

The film’s story gives a historical account of Cleopatra’s involvement with Caesar (played by Rex Harrison) and her rise to the throne in the first half of the film.

It later showed her involvement with Mark Antony (played by Richard) following Caesar’s death and her ultimate downfall in the second half of the film.

In a series of unearthed photos, Elizabeth stunned in a variety of costumes which included a striking golden dress, an extraordinary cape, and a sculptural headdress decorated with snakes surrounding the sun, which was a tribute to the god Ra.

The extraordinary costumes adorned by the late actress were accessorised with a variety of wigs and dramatic makeup.

The most iconic of these costumes is the golden dress worn by Cleopatra when she arrives in Rome. 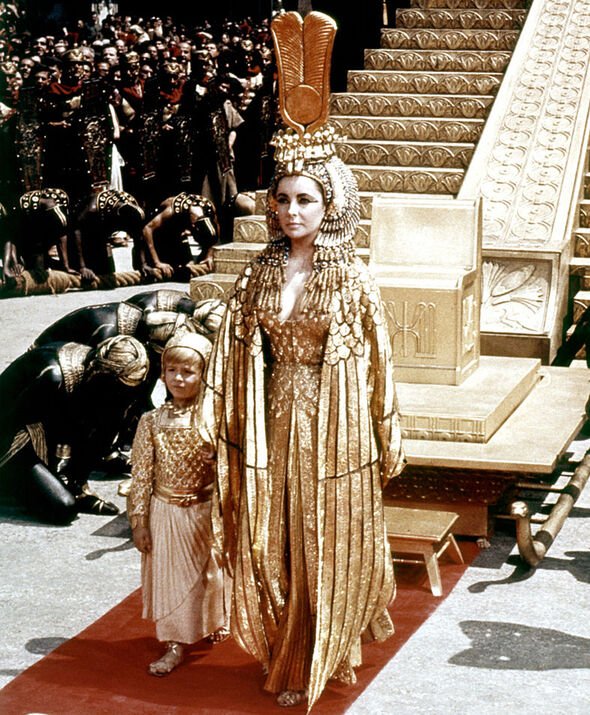 Elizabeth Taylor’s wardrobe for the film was worth over $194,800 for the 65 on-screen outfits 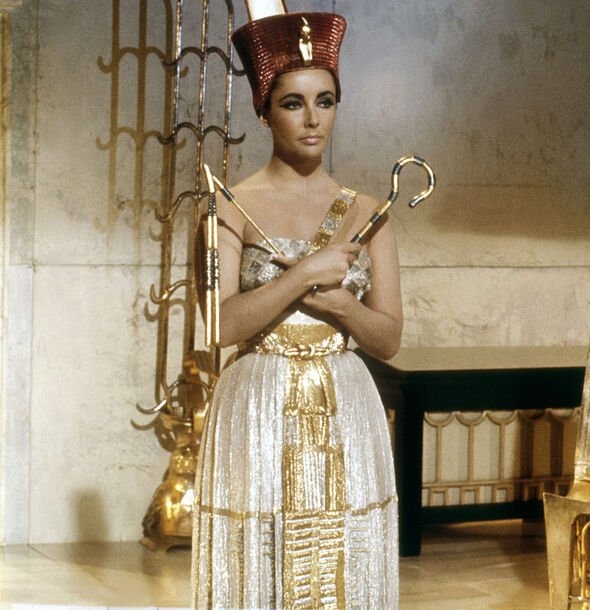 Elizabeth Taylor stunned in a gold and white dress 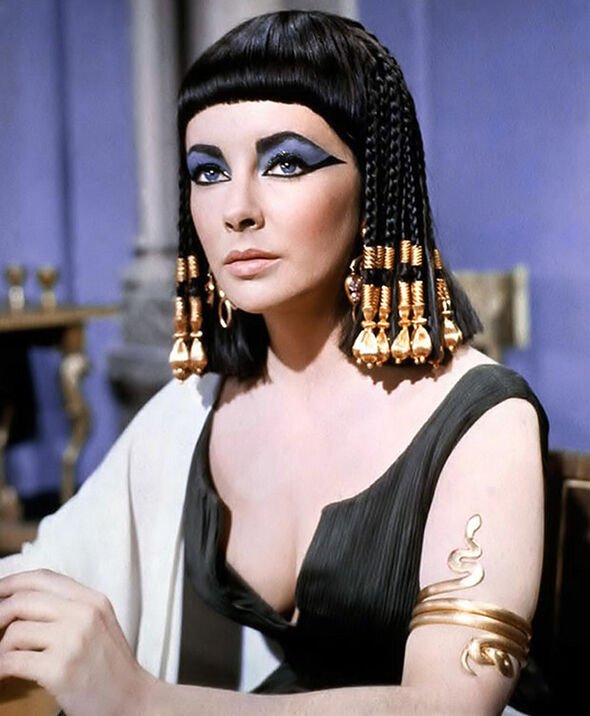 She wore a black wig which was accessorised with gold hairclips 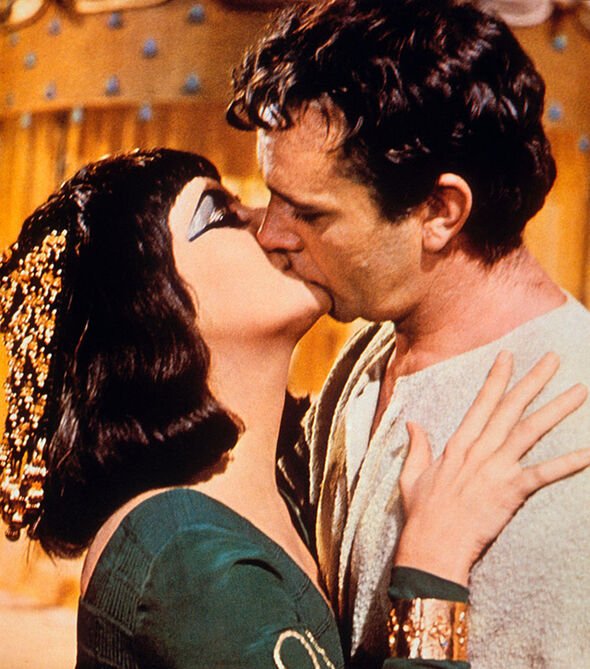 The British actors on set of the 1963 film and showed Cleopatra’s involvement with Mark Antony. 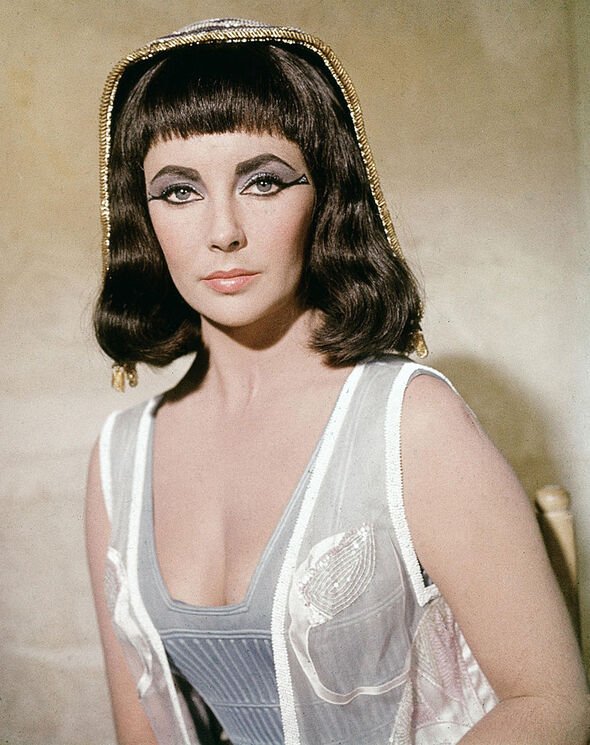 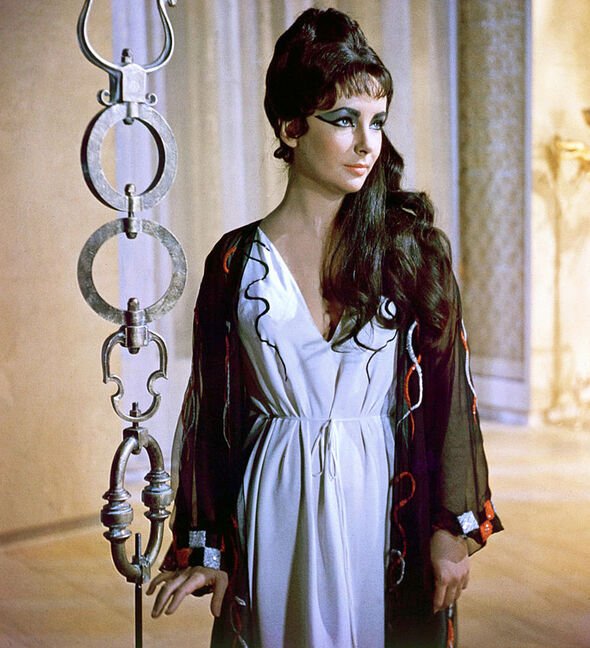 Elizabeth Taylor rocked a number of outfits in the film

The actress showcased her svelte physique in a satin nightgown 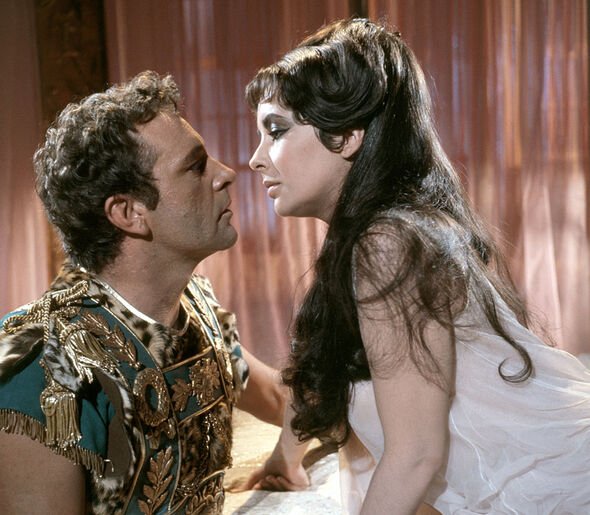 Elizabeth Taylor and Richard Burton tied the knot in 1964

Ten years later, the pair filed for divorce. In 1975, they married briefly again. But for well over a decade, they were the world’s most well-known, and talked-about, couple.