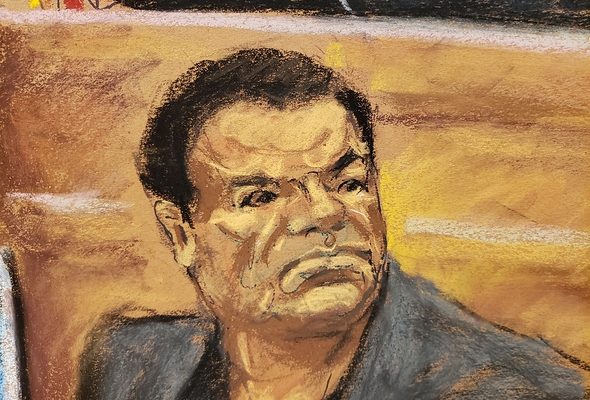 A jury has found drug kingpin Joaquín “El Chapo” Guzmán guilty of drug trafficking, weapons charges and money laundering, a verdict that means he will face life in prison at his sentencing. The leader of Mexico’s Sinaloa Cartel who has been in American custody since early 2017.

The decision came Tuesday, February 12th, after nearly three months of testimony from a wide assortment of former associates and underlings of Guzmán, who walked jurors through more than 30 years of the drug lord’s career as a trafficker, describing smuggling routes, wars with rival cartels, bribery and a handful of brutal murders ordered, and in some case committed, by the defendant.

Guzmán, 61, was found guilty on all charges. The top count, which carries a life sentence, was running in a continuing criminal enterprise, a wide-ranging charge that includes conspiracy to traffick drugs and conspiracy to commit murder. Count two was for manufacture and distribution of cocaine, methamphetamine, heroin and marijuana, while counts three through seven were for importation or distribution of cocaine. Count nine was for use of firearms, and count 10 was for laundering the vast profits the cartel made from drug trafficking.

The jury, consisting of seven women and five men, deliberated for five days before returning with a verdict.

The verdict brought to a close a marathon trial that has, since early November, turned the federal courthouse in Downtown Brooklyn into a virtual fortress, complete with rooftop snipers, bomb-sniffing dogs, armed patrols by at least three law-enforcement agencies, and even a team from the National Guard equipped with a Geiger counter designed to detect nuclear radiation.

The trial was often a media sensation, with dozens of reporters from across Latin America and the United States covering the proceedings closely enough to be on a first-name basis with court-security officers. It was also a tourist destination, drawing curious gawkers from around the world eager to line up outside the courthouse before dawn and go through two security checkpoints just to get a glimpse at the famous narco don. 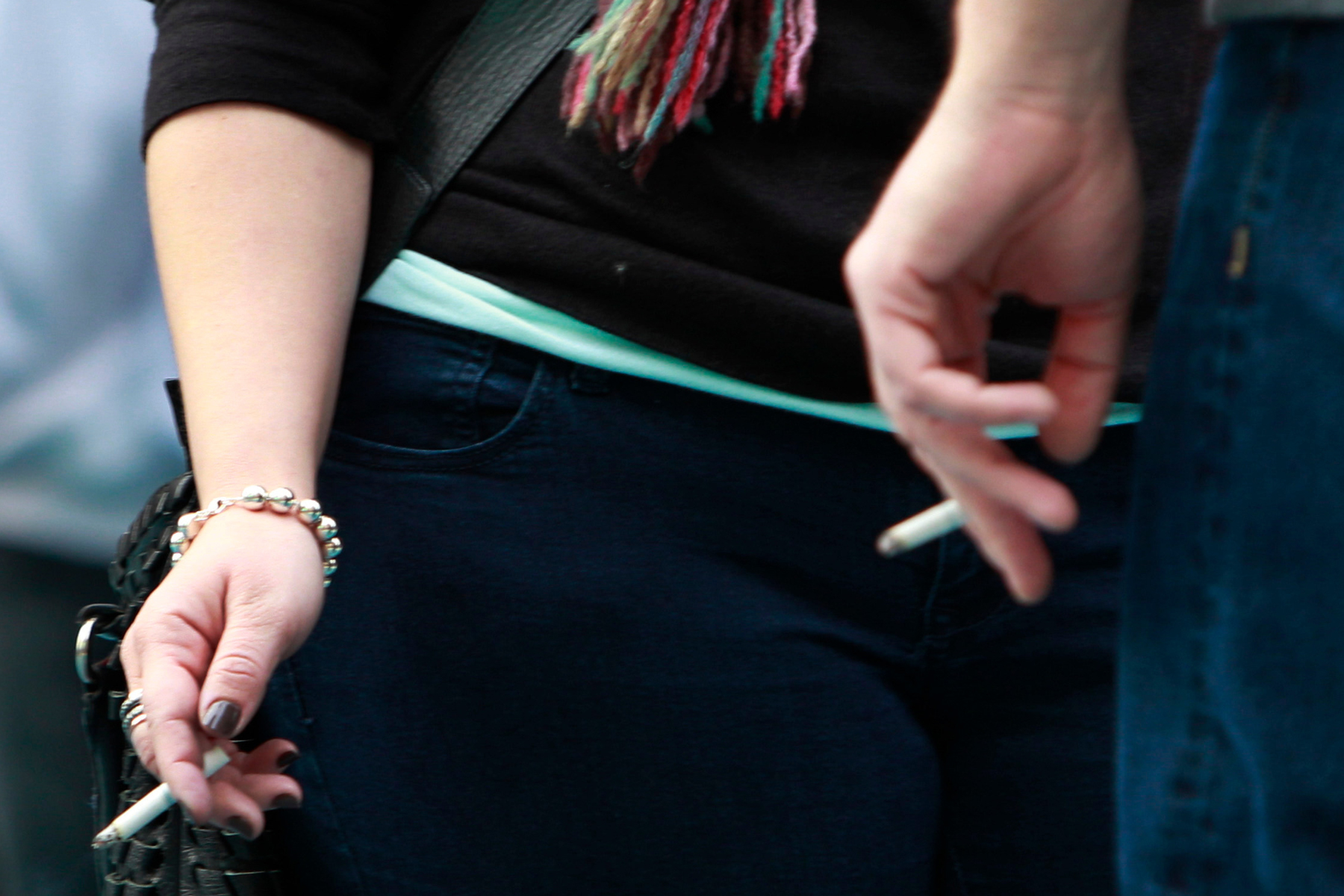 In the final weeks of the trial, reporters and particularly hearty audience members could be seen huddling in the courthouse vestibule in the predawn dark, even on mornings where temperatures plunged close to zero. On the final two nights, sleeping bags appeared.

Two days after both sides presented their closing arguments, a series of disturbing allegations against Guzmán surfaced in a cache of recently unsealed documents, including accusations from one cooperating witness that El Chapo had drugged and raped girls as young as 13. But jurors never heard those accusations, as the prosecution had successfully lobbied for Judge Brian M. Cogan to preclude any discussion of them, deeming them prejudicial and “irrelevant” to the criminal case against the defendant.

Deliberations began Monday, February 4th,  just after 1 p.m, after several hours of instruction on the charges from Judge Brian M. Cogan. Assistant U.S. Attorney Andrea Goldbarg, who delivered the prosecution’s closing argument in an all-day session on January 30th, implored jurors to see to it that Guzmán, notorious for two dramatic escapes from Mexican prisons, would never again evade justice for his crimes.

“Do not let him escape,” Goldbarg said Wednesday. “Hold him accountable for his crimes. Find him guilty on all counts.”

The defense’s closing arguments focused heavily on Ismael “El Mayo” Zambada García, 71, El Chapo’s former partner who is reputedly the current head of the Sinaloa Cartel, and who was a favorite target of the defense throughout the trial. Since November, El Chapo’s lawyers have repeatedly tried to identify Zambada as the sole leader of the cartel.

“El Mayo bribed everyone from local beat cops to presidents of Mexico, and every politician was made rich by Mayo,” Lichtman said in his closing monologue. “So everyone wants to catch the famous El Chapo, who couldn’t keep his mouth shut.”

“While the world focuses on this mythical Chapo figure, the world is not focusing on Mayo Zambada,” Lichtman told jurors in his opening statement on November 14th. “El Mayo is comfortable, evading capture his entire life.” 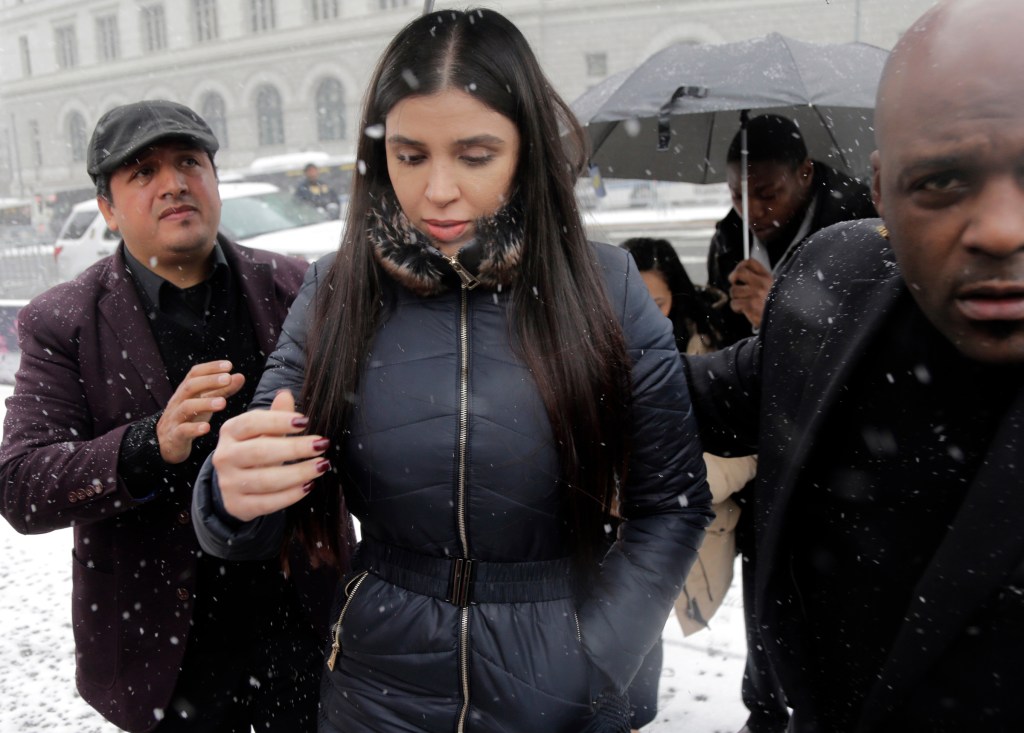 From the beginning, Guzmán faced an uphill battle. The evidence, spanning Guzman’s decades in the drug business, was staggering, and revealed many new details about the inner workings of the Sinaloa empire. It showed just how extensive its systematic bribery of law-enforcement officials in Mexico was, as well as details about Guzmán’s life and character. In particular, it shed light on the years he had spent in hiding between his 2001 escape from a Mexican prison and his capture in 2014.

The prosecution called 56 witnesses in total to testify against Guzmán, a majority of them current and former federal agents whose investigations had come into contact with Guzmán’s sprawling drug-trafficking network. But the heart of the government’s case were 14 cooperating witnesses, most of whom had worked closely with Guzmán at various stages in his career, and many of whom had already pleaded guilty to drug-trafficking charges and confessed to far more fearsome wrongdoing, including one Colombian narco who said he had personally ordered the deaths of about 150 people.

The witnesses provided a sketches of testimony that began to gel into a comprehensive portrait of Guzmán’s life and empire. Some, like the first cooperating witness, Jesus Reynaldo “El Rey” Zambada García — El Mayo’s brother — and early cartel lieutenant Miguel Ángel Martinez Martinez, described how El Chapo built and rebuilt his operations in Mexico.

As the trial progressed, witnesses began to describe a full portrait of Guzmán’s empire: the Colombian traffickers who supplied him cocaine, forking over 40 percent of the load in exchange for Guzmán’s reliable swiftness and sway with the Mexican authorities he had on the payroll; the henchmen and secretaries who witnessed El Chapo’s daily life on the lam in the years he spent hiding out in the mountains of Sinaloa; and the bit players, some well removed from Guzmán’s inner circle, who oversaw on-the-ground smuggling of drugs and weapons.

Some witnesses, like the Colombian trafficker Jorge Cifuentes, described several catastrophic errors made by Guzmán, which resulted in two massive cocaine seizures by authorities in Ecuador and revealed a fallibility on Guzmán’s part that clashed with his mythical image.

El Rey, along with his nephew Vicente Zambada Niebla — El Mayo’s son — described how Guzmán’s feuds with former allies turned into bloody wars that cost the cartel business and turned up the heat from authorities.

Others described his brutality. In by far the most gruesome testimony of the trial, cartel henchman Isaias Valdez Ríos described how El Chapo kidnapped, tortured and executed gunmen loyal to rival cartels. In once instance, after beating a pair of men belonging to the Zetas cartel within an inch of their lives, he shot them and ordered their bodies burned, Valdez said. Another time, Valdez said, he shot a man and buried him alive.

The stories told by these witnesses were often sensational, frequently shocking. Throughout the trial, defense attorneys Angel Eduardo Balarezo, William Purpura and Jeffrey Lichtman hammered away at the prosecution’s witnesses, picking at inconsistencies in their testimony and attacking their credibility — all but two of the cooperating witnesses were in federal custody and hoping for reduced sentences and special visas for them and their families to live in the United States.

But the government had more substantial evidence at their disposal.

In January, the turning point in the trial came when prosecutors revealed a huge cache of hard evidence showing Guzmán taking an active role in cartel operations: text messages and phone recordings in which he negotiated the price per kilo of drug shipments — including one with a representative of the FARC, the Colombian guerilla group — and discussing violence and bribery with his henchmen. 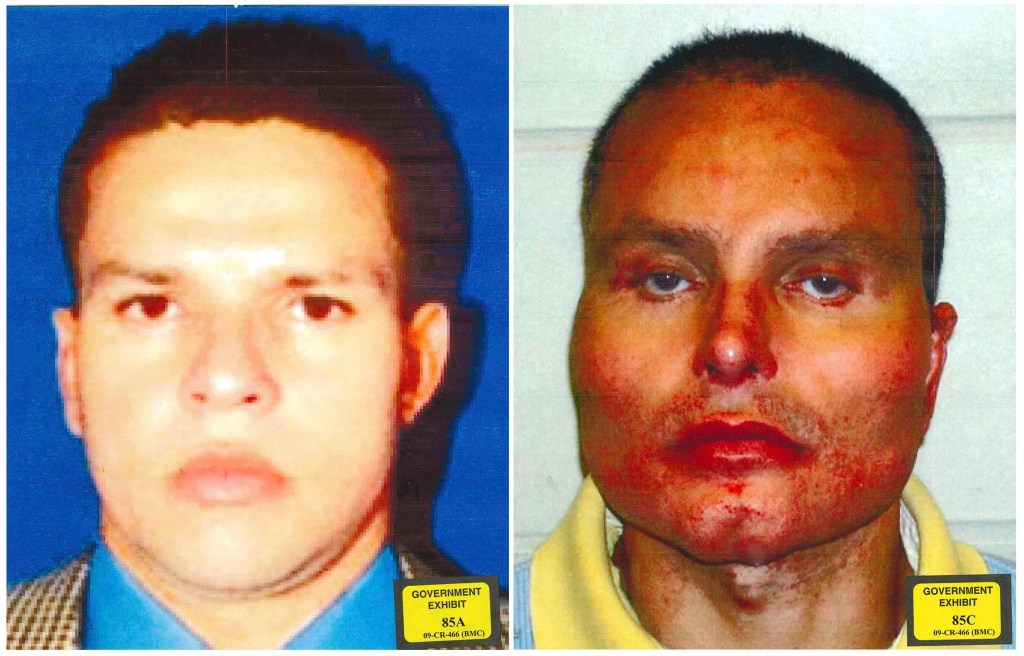 The bulk of the phone calls came thanks to Christian Rodriguez, a young Colombian tech whiz hired by the cartel in 2008 to set up an encrypted messaging network that would allow Guzmán to maintain real-time communications with his lieutenants even while tucked away in his mountain hideouts. Rodriguez did his job well at first, updating the cartel’s comms from Nextel push-to-talk phones to a system of Blackberrys outfitted with a secure network based on servers in Canada on which Guzmán and his underlings could, in theory, speak freely. Soon, Guzmán had another request: the increasingly paranoid El Chapo wanted to know what people were saying about him, so he had Rodriguez install FlexiSpy, a spyware program, on Blackberrys that Guzmán gave out to top aides, as well as to his wife and girlfriends. At one point, El Chapo even asked Rodriguez if he could install the program on computers in every internet cafe in Culiacán.

But Rodriguez didn’t have the stomach for narco life. After a close call with the Mexican military, in which Rodriguez, El Chapo and his security entourage spent three days trekking through the mountains while fleeing a search party, Rodriguez continued his work remotely, but said he was badly shaken. Then, in 2010, the FBI recorded him talking to an undercover informant posing as a Russian mobster. After confronting Rodriguez in Bogotá, FBI agents convinced Rodriguez to hand them the keys to the system, allowing agents to record hundreds of calls between cartel honchos discussing sensitive business.

Jurors heard Guzmán discussing the price per kilo of cocaine shipments. They heard him speaking with urging caution to a hitman named Cholo Iván, who was complaining about a crew of corrupt cops on the cartel payroll who weren’t keeping up their end of the bargain. (“You taught us to be like a wolf,” Cholo Iván reminded Guzmán.)

In series of text messages with a girlfriend who worked as an intermediary, he threw caution to the wind and asked if she was referring to cocaine or marijuana when her coded language was just a bit too obtuse.

The picture was clear: if the man on the tapes with the voice described by one agent as sing-songy” was indeed Guzmán, the recordings and texts showed a mafia leader with a close eye for detail who took an active role in the cartel’s day-to-day business.

Addressing jurors at the end of her final arguments, Goldbarg told jurors that put together, the witnesses and the intercepted communications formed a sprawling, comprehensive case showing decades of direct leadership in a vast criminal conspiracy.

“This was the defendant running his empire,” Goldbarg said.