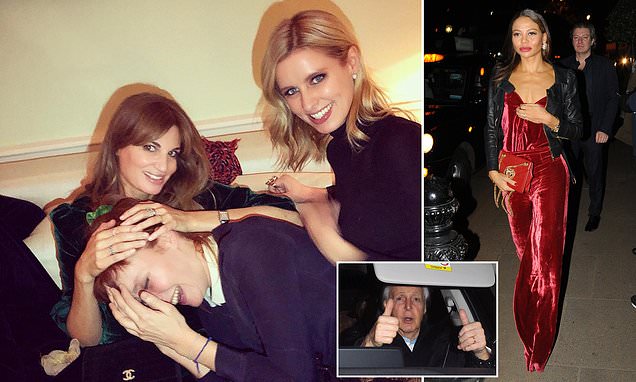 What better way for Sir Mick Jagger to celebrate Christmas than with a bevy of beauties half his age?

The 75-year-old Rolling Stones singer threw a festive bash at his home in Chelsea and made sure it was attended by socialites from a younger generation. 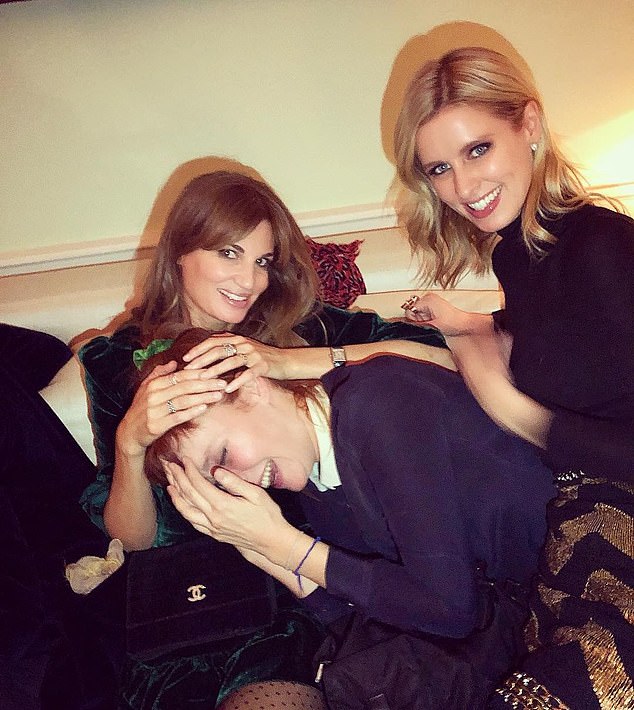 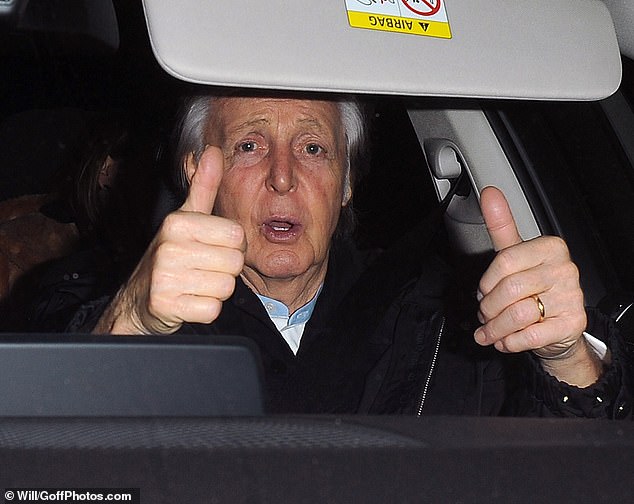 Despite the break-in at his home, Sir Paul McCartney gave a thumbs up as he arrived at the party

And, despite the recent break-in at Sir Paul McCartney’s £10 million home, disclosed yesterday by the Daily Mail’s Diary, the Beatles star put on a brave face — and two thumbs up — as he arrived at Jagger’s party.

What should you do if you find your first-class seat below par?

Actress Dame Kristin Scott Thomas lived up to her ice-queen persona by complaining about it imperiously on social media.

The English Patient star was aghast at the stains on her seat on the train to Paris. Calling it ‘grotty’, she wailed: ‘Not a very encouraging seat on the Eurostar.

When one dared dismiss her complaint as a ‘first-world problem’, Dame Kristin admitted: ‘True — but important to point out when they charge a fortune for travelling on that train.’

Astaire, whose clients include Prince and Princess Michael of Kent, tells me: ‘Sting was my best man, as I was his nearly 30 years ago.’

Will Dame Joan share more of her racy secrets?

Plotting another memoir, Dame Joan Collins shares the pithy advice she was given by a legendary Hollywood agent when working on her first autobiography, the racy Past Imperfect, in 1978.

Five-times-married Joanie recalls: ‘Swifty Lazar told me: “We don’t want to know about how you met Laurence Olivier. We want to know who you f***ed!” And that became a book.’ Meanwhile, Joanie has been railing against ageism, describing it as the last prejudice.

‘Frankly, it p***es me off. You’re not supposed to say that someone has a big nose or frizzy hair or whatever.

‘But you’re allowed to say: “She can hardly walk into the room!” ’

Prince Harry shared a love nest with Meghan Markle before they were married — and his ex Cressida Bonas is following their example.

The actress, 29, has moved in with her Old Harrovian boyfriend, Harry Wentworth-Stanley, 29. It’s a big step for Cressie, who has shared a pad with a female pal for almost a decade.

‘I’m parting ways with my beloved friend Georgia [Forbes],’ she confirms in The Spectator. ‘For eight years, the two of us have laughed madly, danced wildly and cried horribly. But life moves on . . .’ 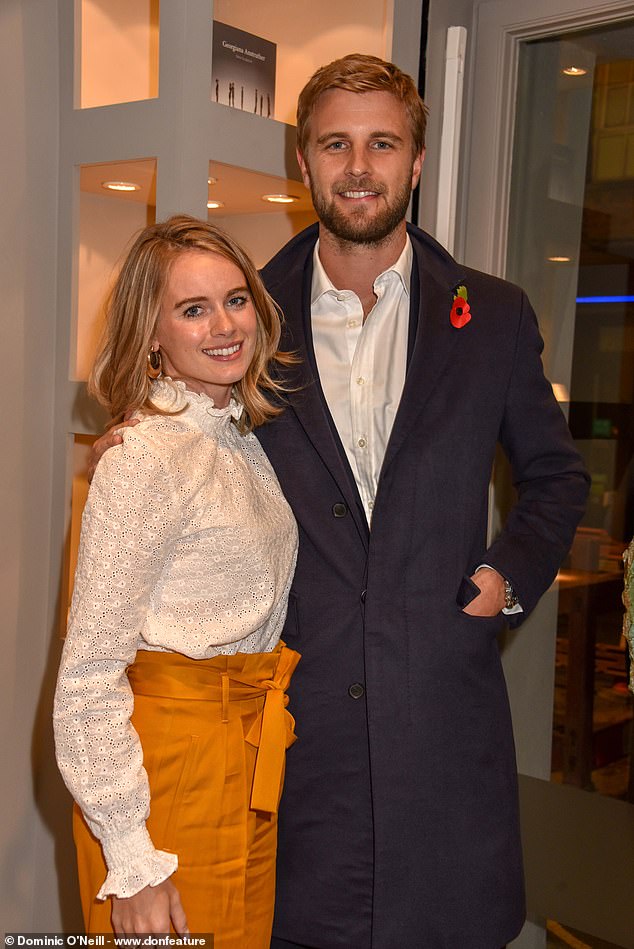 Cressida Bonas, ex-girlfriend of Prince Harry, and boyfriend Harry Wentworth-Stanley have moved in together

Much excitement at Thursday’s annual dinner of Zac Goldsmith’s Richmond Park Conservatives over rumours that guest of honour Boris Johnson would be accompanied by his close friend, former Tory spin doctor Carrie Symonds.

Boris duly turned up — but without Miss Symonds, who, according to reliable sources, had been allocated a top-table place with him on the seating plan. She is said to have cried off after the media were tipped off about her attendance.

It would have been their first public ‘outing’ since their affair was disclosed in September shortly after Boris’s separation from his long-suffering wife, Marina Wheeler, was revealed.

Some said that his relationship with Carrie would not survive the furore — or their 24-year age gap — but the two are said to have stayed close.

Boris has boasted that he’s lost nearly a stone in recent weeks and has been sporting a smart — for him — new haircut.

David Dimbleby, who has hosted his last Question Time after 25 years, will enjoy not having to travel round the country.

‘No taxi outside London ever arrives on time or, indeed, ever arrives,’ he joked at his farewell bash. ‘All the menus in the provinces are the same. They all start with goat’s cheese, move on to something with salmon, and very disgusting cheap red wine.’