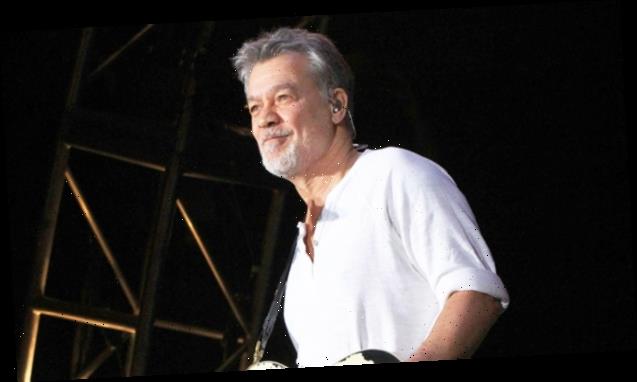 One of the greatest guitarists of all time, ‘Van Halen’ founder Eddie Van Halen, has sadly passed away after battling throat cancer for 20 years.

Eddie Van Halen, legendary musician and founder of the rock band Van Halen, has died at the age of 65, according to TMZ. The Dutch-American rocker was battling throat cancer for 20 years, which he managed to keep a secret from fans for over a decade. Eddie, TMZ reports, died at St. Johns Hospital in Santa Monica on Tuesday (Oct. 6). His wife, Janie, was by his side, as were his son, Wolfgang Van Halen, 28 (whom he shared with his first wife, actress Valerie Bertinelli) and his brother (and Van Halen drummer) Alex Van Halen. HollywoodLife has reached out to the Van Halen family for comment and will update the post with any developing news.

He was widely considered one of the greatest guitarists of all-time. The talented songwriter and musician, who was born in the Netherlands, started the band Van Halen in 1974. At the time of Eddie’s death, the lineup including Wolfgang on bass, Alex on drums, and the original frontman, David Lee Roth. Past members include original bassist Mark Stone, bassist Michael Anthony, who played from 1974-2006, singer Sammy Hagar, who sang from 1985-1996, and his replacement Gary Cherone, who sang from 1996 until the late 1990s.

The band’s self-titled debut album reached number 19 on the Billboard pop music charts in 1978 and their song “Jump” from their album 1984 reached number one on the U.S. Billboard Hot 100 in 1983. Eddie’s legendary guitar playing can also be heard on other artist’s songs. He played the famous guitar solo on Michael Jackson’s classic 1982 tune “Beat It.”

Throughout the last five years of his life, Eddie was reportedly flying back and forth between the United States and Germany for radiation treatment, which helped manage his cancer. Eddie was a heavy smoker for most of his life, but TMZ reported in 2019 that he believed he developed the disease from a metal guitar pick he used to hold in his mouth while playing more than 20 years ago (Survivor.net disputed this claim.) Regardless of what causes Eddie’s cancer, music has lost one of its greatest axemen.

Eddie’s influence on the world of rock — and guitar playing in general — is immeasurable. Van Halen’s “Eruption” is held as a gold standard of guitar rock godhood. As part of Van Halen, Eddie dominated the airwaves with hits like “Hot For Teacher,” “Panama,” “Running With The Devil,” and countless others. The world of music would not be the same without Eddie Van Halen.

Our thoughts go out to his family, friends, and fans during this time.