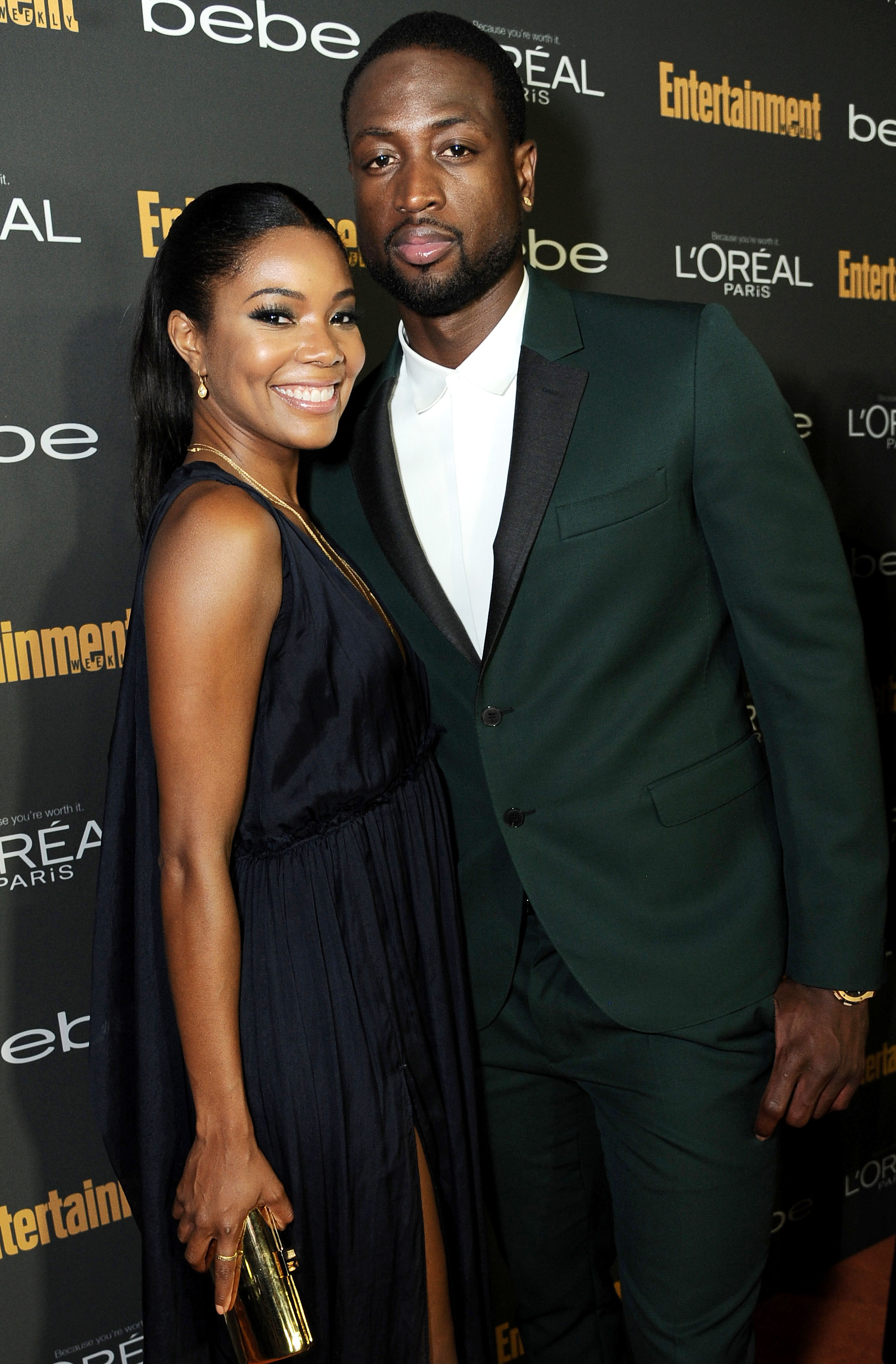 Keeping the heat alive! Dwyane Wade and Gabrielle Union work to keep the spark in their marriage.

“We keep it fresh. We try to keep it exciting because you get into a routine sometimes and you be like, ‘Tomorrow,’” the 38-year-old former NBA star revealed on Watch What Happens Live With Andy Cohen on Tuesday, February 18. “And then tomorrow goes to two months when you ain’t getting no action, we got to do role- play.”

Wade added that the couple don’t just role-play in the bedroom, however.

“We go out at night. We be strangers and I get into character,” the athlete told Andy Cohen. “We gotta do role-play. Sometimes I’ll be like, ‘Yo, go ahead, take your clothes off and walk down the street.’ Let’s take it back to Rodeo Drive, baby.”

Wade and Union, 47, tied the knot in 2014. The twosome are the parents of 15-month-old Kaavia. The former Miami Heat player is also the father of Zaire, 18, and Zaya, 12, with ex-wife Siohvaughn Funches and Xaiver, 6, with ex Aja Metoyer. Wade and Metoyer got pregnant with their son when the basketball player was taking a break from Union in 2013.

“Hardest thing I’ve ever had to do is man up and tell Gabrielle Union that I’ve had a child with somebody else,” Wade admits in his upcoming documentary D. Wade: Life Unexpected. “I couldn’t sleep. I wasn’t eating. … When you hold something in that you know is going to come out and you have this information and you know it’s gonna f–k somebody’s life up, that you care about, that you love, if it don’t hurt you, then you’re not human.”

He added: ”Me and Gab just went through something that you never want to go through and we still came out of it.”

Earlier this month, the couple made headlines when they announced Zaya was transgender, telling Ellen DeGeneres that the preteen was “born as a boy” and “originally named Zion.”

“[She] said, ‘Hey, so I want to talk to you guys. I think going forward, I’m ready to live my truth. And I want to be referenced as she and her. I would love for you guys to call me Zaya,’” the athlete explained. “Now it’s our job to one, go out and get information, to reach out to every relationship that we have.”