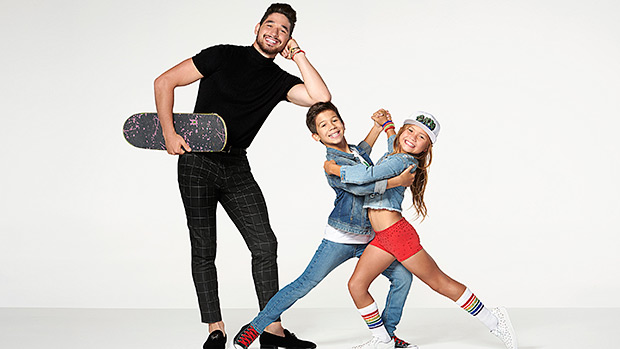 Sky Brown danced her way into the finals of ‘DWTS: Juniors,’ and we got EXCLUSIVE scoop from her mentor, Alan Bersten, about why she was so beloved by the fans all season long!

The Finals of Dancing With The Stars: Juniors airs Dec. 9, and Sky Brown is one of the final four competitors, going up against Mackenzie Ziegler, Ariana Greenblatt and Miles Brown. Sky is the youngest in the competition, and has won over viewers and the judges with her dancing AND infectious personality. “I think Sky is just such a genuine person,” her mentor, Alan Bersten, gushed to HollywoodLife EXCLUSIVELY. “That is something you could see the minute she walked out onstage and on camera. She just wanted to be fun and be here. I’m so proud of her! She worked so hard!”

Sky’s dance partner, JT Church, couldn’t have agreed more. “She was amazing!” he raved. Alan also added that Sky “never gave up” when she came into the dance studio. “To me, that is a really strong sentiment to her character, and it shows in her dancing.” During the Dec. 9 finale, Sky and the other finalists will perform repeat dances from earlier in the season, along with a Freestyle dance. All four youngsters have improved tremendously this season, and it will certainly be a tough choice for audience members when they vote for who they want to win it all!

“It’s been amazing,” Sky told us. “I’m really going to miss it. [My favorite part was] meeting people and hanging out with them.” Sky also promised that she’s going to continue dancing when the show is over, because she would “miss it too much!”

The finale of Dancing With the Stars: Juniors airs Dec. 9 at 8:00 p.m. on ABC. Make sure you tune in to see if Sky comes out on top!