The Duchess of Cambridge and the British royal family watched the 2022 Eurovision Song Contest, Sam Ryder has shared.

SEE: From grumpy, to cheeky, to overjoyed: Prince Louis’ 7 best moments at the Queen’s Jubilee

Sam, who came second just being narrowly beaten by the Ukrainian entry, revealed that he met Kate and Princess Beatrice after his performance at the Party at the Palace for the Queen’s Jubilee celebrations.

“She is so kind and said that the royal family had all been supporting me for a while and all throughout Eurovision,” he said, speaking of Kate, before adding that Beatrice “was just so lovely and encouraging and supporting, and just generous with her kindness”.

“What I gather is a lot of the members of the royal family had seen Eurovision and were supporting my song from home, which means a lot,” he added.

Speaking to People magazine, Sam shared that the experience “was incredible, and it was so inspiring to get the encouragement from the royal family because they stand for such similar themes that Eurovision celebrates as well, like unity, togetherness, and solidarity”.

The Essex-based singer, who became popular during lockdown with his impressive vocals, blew Europe away with his epic performance during the annual contest, scoring a staggering 466 points for his homeland. 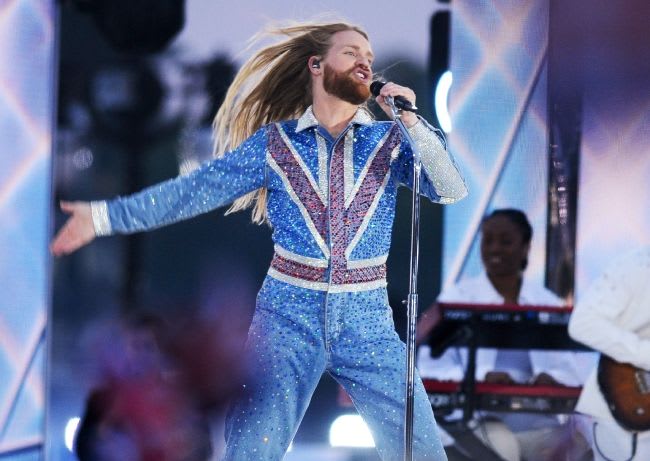 Sam performed at the Party at the Palace

The star gave the UK the best result in 20 years. The last win the UK saw was in 1997 with the song Love Shine a Light by Christina and the Waves.

The Queen’s Platinum Jubilee went out in style with the Party in the Palace concert which saw the likes of Diana Ross, Queen + Adam Lambert, Mabel and Rod Stewart performing.

The live crowd saw over 22,000 people party in front of Buckingham Palace, including thousands of key workers. Millions tuned in from home to see the culmination of her Majesty’s celebrations. 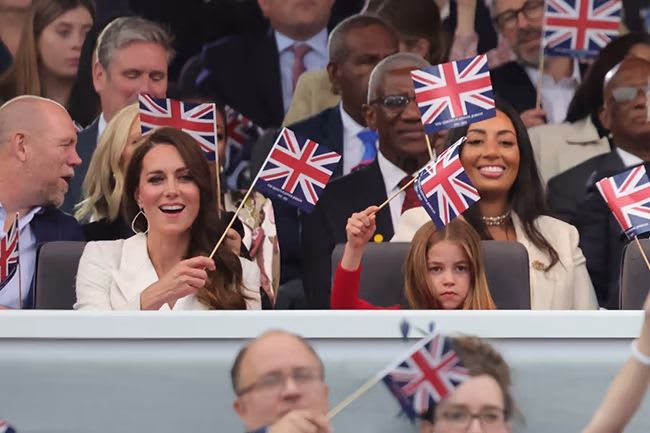 Kate and Charlotte wave flags at the celebrations

Prince Charles, the Duchess of Cornwall, the Duke and Duchess of Cambridge, alongside two of their children, Prince George and Princess Charlotte, Prince Edward and Sophie Wessex, Princess Anne and husband Timothy Laurence were all in attendance.

Also  joining them were Princess Beatrice and husband Edoardo Mapelli Mozzi, Princess Eugenie and husband Jack Brooksbank, Zara and Mike Tindall, Peter Phillips and his children Savannah and Isla, the Duke and Duchess of Gloucester, the Duke of Kent and Prince Michael and Princess Michael of Kent.