Game of Thrones‘ ending will be debated among the fandom for decades to come. (Or at least until A Dream of Spring is published, whichever comes first.) Some are still asking, "What’s west of Westeros?" Others are perplexed that King Bran The Broken was anyone’s idea of a good ruler, other than maybe the Weirwood trees and the Children of the Forest. But there is at least one answer fans can feel firm in. Wherever Drogon took Daenerys, he wasn’t going to hurt her. It turns out Drogon didn’t eat Daenerys at the end of Game of Thrones, which everyone can agree is a relief.

Wait, hold on. Did that say, "eat her?" Apparently, this was a going concern.

Listen, dragons are animals. They’re giant, fire-breathing, deadly animals. Moreover, as Season 5 demonstrated, dragons eat people. Usually, they stick to the smaller ones, children about the size of goats. But they do eat human flesh. And Daenerys is dead. Most people don’t like to think about it, but there are pets (like cats), who are known to eat their person if they get hungry enough.

But showrunner David Benioff wanted to assure fans this was not the case with dragons. Dragons may eat people, but they don’t eat the ones they love. 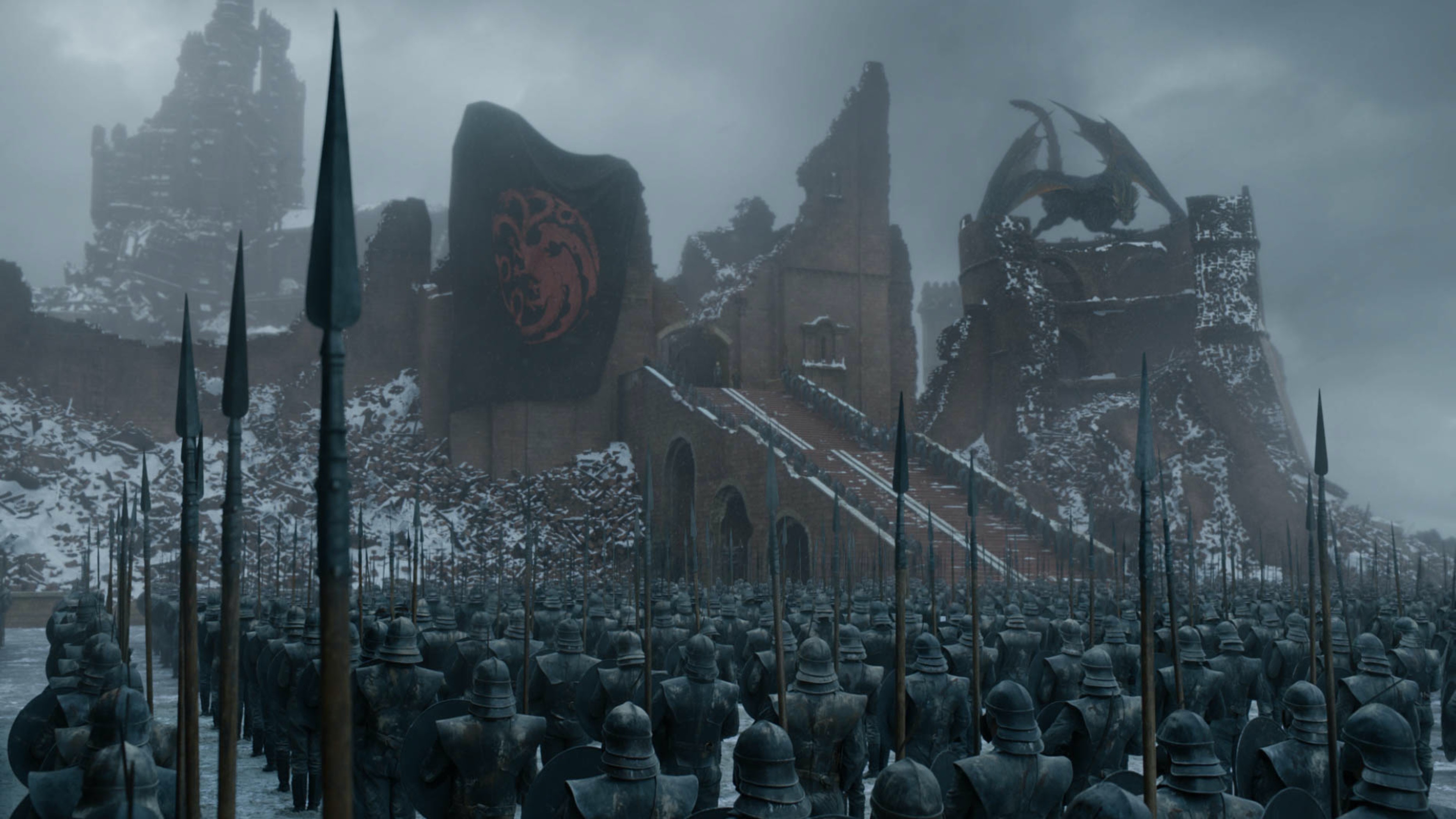 Game of Thrones’ final season arrives on DVD and Blu-ray on Dec. 3, but the reviews have already revealed some of the content contained within. One of the big ones comes from watching the final episode with the showrunner commentary. David Benioff and Dan Weiss are joined by star Emilia Clarke, who discusses Daenerys’ motivations, as well as some details fans might not have realized.

For one thing, Jon Snow doesn’t plan to kill Dany when he first enters the throne room in King’s Landing. He’s driven to do it by what she tells him. For another, Drogon’s torching of the Iron Throne is not an intentional act. But the big one is when Dorgon flies away with Dany’s body, it’s to protect her.

According to Entertainment Weekly, who reviewed the commentary:

So that’s at least one small relief. Daenerys Targaryen lies with her dragon lord ancestors in the ruins of Volantis. Her body will lie in state, protected by Drogon until it rots or turns to stone.