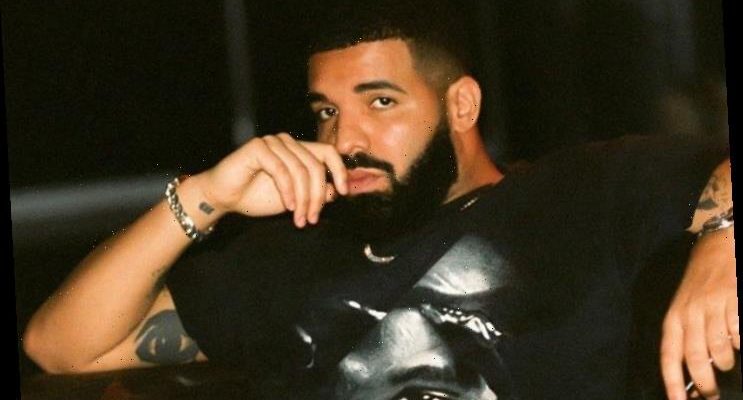 The ‘In My Feelings’ hitmaker gives a birthday shout-out to his son on Instagram, while his baby mama Sophie Brussaux posts a throwback photo of her pregnancy.

AceShowbiz –Drake, who has been mostly quiet about his first child Adonis, has taken to Instagram to mark the boy’s 2nd birthday. On Friday, October 11, the Canadian rapper shared a glimpse into his home decoration to celebrate his son’s special day.

In the picture, the “Hotline Bling” hitmaker’s home is seen being decorated with balloons spelling out his son’s name as well as as star balloons and a Cookie Monster flower arrangement. “Happy Birthday King,” he wrote in the caption, adding a blue heart emoji.

Also marking their son’s birthday with an Instagram post, Drake’s baby mama Sophie Brussaux shared a throwback photo of her breastfeeding her then-newborn son. She wrote in the caption, “Son of my life, being your mom is the most beautiful thing in the world (a heart emoji) … 2 years already my adonis.”

She additionally took to Instagram Stories to share a throwback picture of her pregnancy. “Today, it’s been 2 years I was having 50-sec contractions every 3 min [sic] for 24 hours,” she wrote along with a photo of her showing her burgeoning baby bump, adding, “Man …. all worth it.”

While rarely talking about his son in public, Drake gushed about his baby boy through an Instagram post back in December 2018. At the time, he proudly showed off his kid’s artwork to his fans and compared it to Pablo Picasso’s masterpiece. “Adonis > Picasso don’t @ me,” the rapper captioned it.