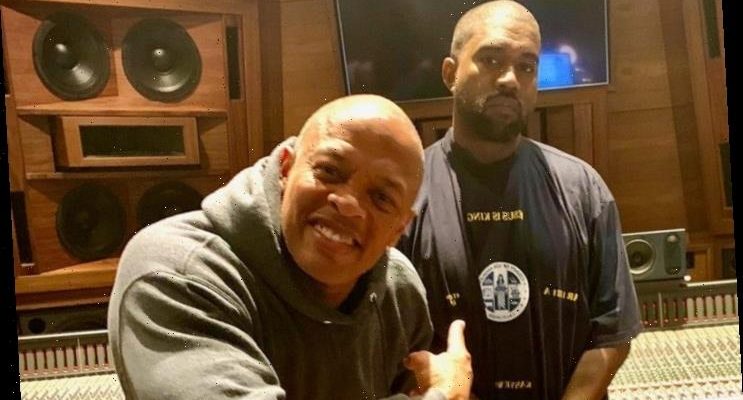 The Beats founder and the ‘Jesus Is King’ star lead Forbes’ list of 2020 highest-earning celebrity business moguls that include Rihanna, Kim Kardashian, and Simon Cowell.

The research has been published by marketing firm Digitaloft and online betting analysts OLBG. It estimates stars’ earnings from the businesses they set up, rather than anything they earn directly from their fame.

American rapper Dre comes in at number one thanks to his headphone and speaker company Beats Electronics, founded as Beats by Dr. Dre in 2006. The venture earns him an estimated $1.5 billion a year.

In second place is rapper and U.S. presidential candidate Kanye West, who earns around $1.3 billion annually from his Yeezy sneaker and clothing line – a collaboration with sportswear brand Adidas.

His wife Kim Kardashian is also in the top ten, with her ventures including KKW Beauty and KKW Fragrance, and her Skims shapewear range, netting her $99 million (£76 million) a year.

Meanwhile, pop star Rihanna comes in third with her Fenty collection of fashion and beauty companies, earning the “Work” hitmaker a combined total of around $1 billion a year.

Victoria Beckham and Simon Cowell are the highest-ranking Brits in a global league table, in joint 12th place, each earning an estimated $44 million (£34 million) in annual revenue from their companies.

Kanye recently slammed Forbes for misjudging his net worth. “They cold, bro. My most favorite White supremacists is Forbes, because I just gotta respect their gangster. They don’t live in 2020. They act like it’s 1800s still,” he said to Nick Cannon. “Bloomberg was coming and they had an accurate net worth of $3.3 billion and Forbes purposely landed an article to dispute that and said, ‘the way we counted is $1.3 (billion)’ and they dropped it at 5:05 (P.M.) or something right at the end of the week. So, that would go into the weekend and that would be the story.”