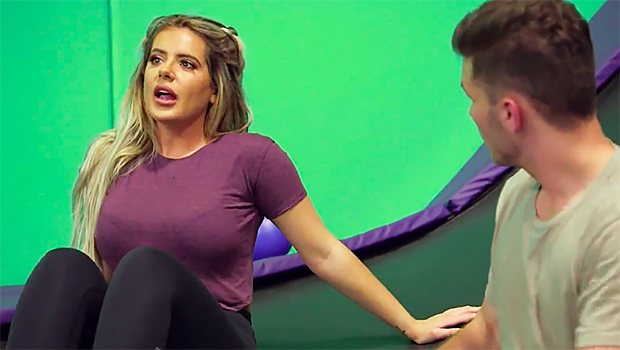 All eyes were on Brielle Biermann during the March 8 episode of ‘Don’t Be Tardy’ when she not only met up with her ex, Slade, but she also went on a date with Ariana’s boyfriend’s brother!

Brielle Biermann, 22, is single, and she’s definitely ready to mingle — she proved that during the March 8 episode of Don’t Be Tardy, when she told her mom she’s dating again and currently pursuing several different men after her breakup with Michael. Brielle said she didn’t want to commit to one man again until she knew he was “Mr. Perfect”. So in the meantime, she’s been having fun with a few different guys including her ex-boyfriend, Slade. Since they’ve been on good terms with each other, Brielle felt it was great idea to meet up for burgers and catch up on life. They both admitted they weren’t dating anyone in particular at the moment, and Brielle even contemplated getting back together with him, but for now, they’re just going to keep things on a friendly basis. Even though her mom, Kim Zolciak, and sister, Ariana, said they’d love to see Brielle and Slade get back together.

But Brielle seems to have her eyes on someone else, and his name is Parker. But Parker’s not a stranger to the Biermann family — he’s actually Ariana’s boyfriend’s older brother, and he’s had a crush on Brielle for quite some time, so she decided to pursue him and see how she’d feel on a date with him. So she and Ariana planned a double date and they all had fun together. But when Parker tried kissing Brielle, she turned him down. She said he’s tried to kiss her many times before, and she’s never let him because she only kisses guys that she’s in love with. Believe it or not, she said she doesn’t even hug people unless she’s in love with them.

Meanwhile, the Biermanns spent some time exploring the idea of opening their own food truck after the coffee shop dream became too costly. But once Kim found out that a food trucker friend of theirs spends 20 hours working and only 4 hours at home with his wife, she didn’t seem too excited anymore.