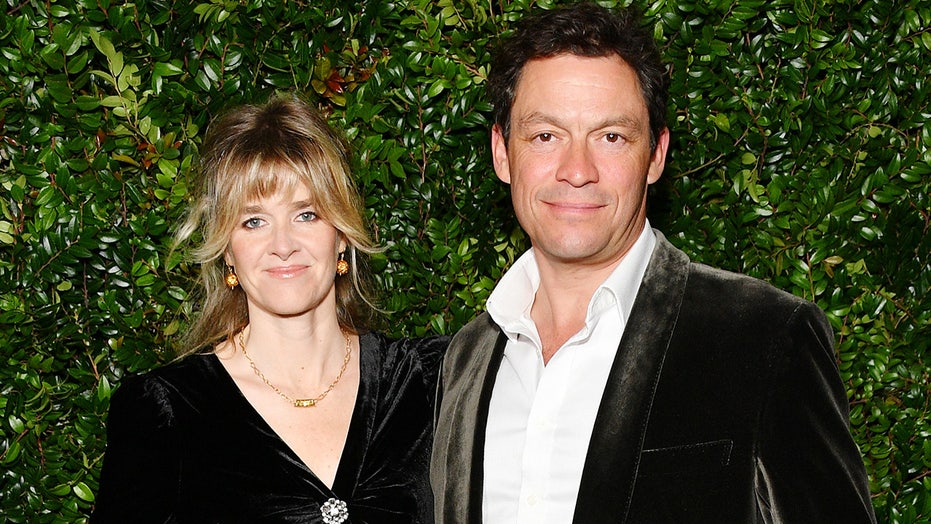 Dominic West‘s wife appears to be content in her marriage despite a photos surfacing of the actor locking lips with actress Lily James last year.

Catherine FitzGerald, who has been married to “The Affair” actor for over a decade, spoke highly of their relationship despite its “ups and downs” in a new interview where she dished about meeting West during their college days.

“We had a wonderful love affair,” FitzGerald, a landscape designer, told Irish Independent of her and West’s early romance at Trinity College Dublin. “We would look over Dublin, reading poetry to one another with the mountains in the distance. We had all the time in the world to explore the pubs and back streets and walk the canal.”

FitzGerald admits she actually broke things off with West shortly after their summer romance, noting that making the relationship official by marriage at the time “would not have been a good idea for either of us.”

The pair later rekindled but West would first go on to have a daughter, Martha, now 23, with an ex-girlfriend. 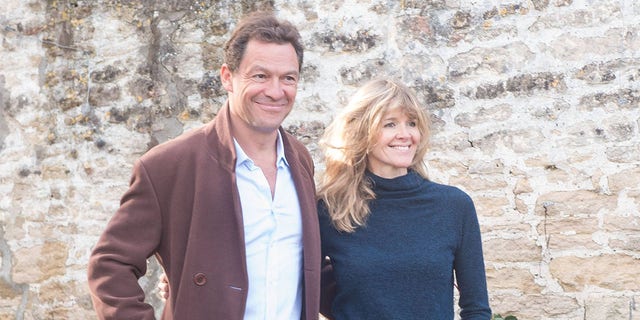 Dominic West and wife Catherine FitzGerald make a statement to press outside their Cotswolds home after Dominic was seen kissing actress Lily James whilst in Rome on October 13, 2020 in Cotswolds, England.
(Photo by GlosPics/MEGA/GC Images)

She called reuniting with West at the age of 32 was the “right time.”

“There’s something about having lived a full life before settling down – I felt I could throw myself into family life and having babies with gusto. And I really went for it, having four in seven years!” she reflected.

But FitzGerald did allude to some discourse in their marriage “like everybody.” She concluded the pair are “totally devoted to each other and to our full, vibrant family life together.”

In late 2020, West was photographed kissing James, 32, while at a cozy lunch with their friend and manager, Angharad Wood. The pair were in Rome to film their TV miniseries titled “The Pursuit of Love.”

After those images surfaced, the 51-year-old and his spouse, 50, confirmed they were still together, stepping outside of their home and kissing in front of reporters. 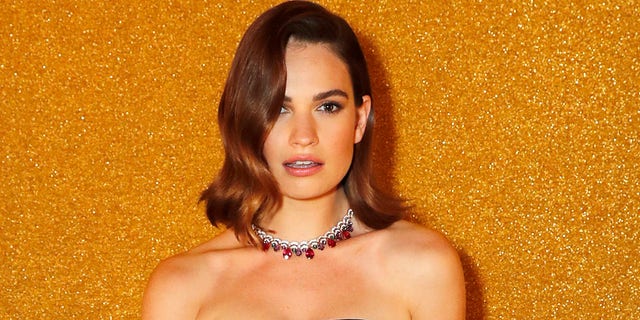 “Our marriage is strong and we’re very much still together,” they insisted in a letter left outside. However, the “Cinderella” and “Mamma Mia!” star stayed mum, until earlier this month.

During an interview with The Guardian, James acknowledged the subject seven months later after the topic about the “media storm” was brought up.

“Ach, I’m not really willing to talk about that,” said James. “There is a lot to say, but not now, I’m afraid.”

At the time of the scandal, a source told E! News James was embarrassed by the media scrutiny and yearned to move on.

“She’s mortified and embarrassed by the entire thing,” the insider alleged. “She was shocked when she saw the photos and his story that he is happily married. She wants it all to go away and is just laying low hoping it will pass quickly.”