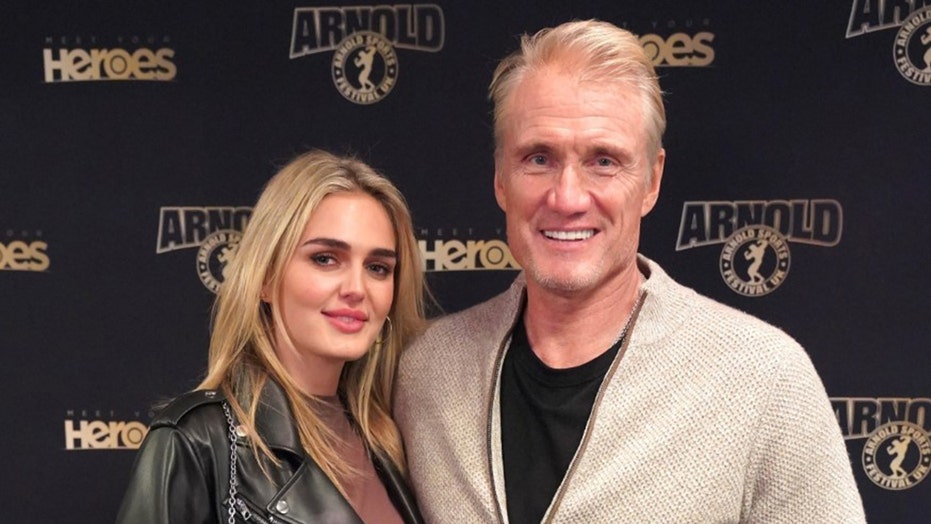 Dolph Lundgren was spotted out in the U.K. with his much younger fiancee while attending an event over the weekend.

The “Rocky IV” actor, 63, showed up at the Arnold Sports Festival in Birmingham where he was asked to join friend and “Expendables” co-star Sylvester Stallone on stage. To keep him company on his travels, the actor brought along his 24-year-old fiancee Emma Krokdal.

The duo is expected to stay in the U.K. until at least November as Lundgren joins Stallone in reprising his “Expendables” role in the third sequel of the franchise. In August of 2020, it was confirmed by The Hollywood Reporter that not only were the two actors and Jason Statham returning to the franchise, but it had picked up Curtis “50 Cent” Jackson, Megan Fox and Tony Jaa as well. 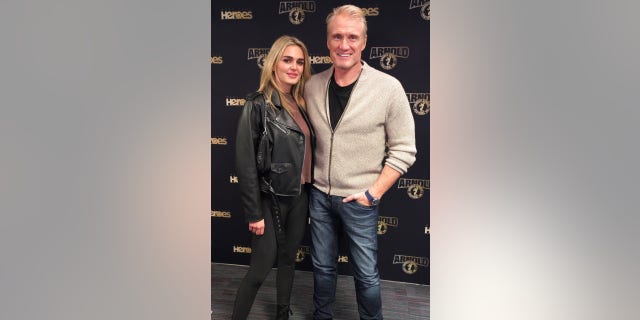 Lundgren plays Gunner Jensen, a hero on the team who spent the first movie as a bit of an antagonist to the rest of the team.

The action star and Krokdal, a personal trainer, announced around the same time as the “Expendables 4” news that they decided to take their relationship to the next level. While in Sweden, the actor shared a photo on his Instagram showing himself in a smart blue suit while she sported a black blazer, white pants and flashed her brand new engagement ring.

“Something very special happened here in Sweden,” he captioned the image at the time.

Extra reported at the time that the pair had been dating for several months. They made their red carpet debut at the Cana Dorada Film & Music Festival in the Dominican Republic in January 2020 where they posed together for several different events.