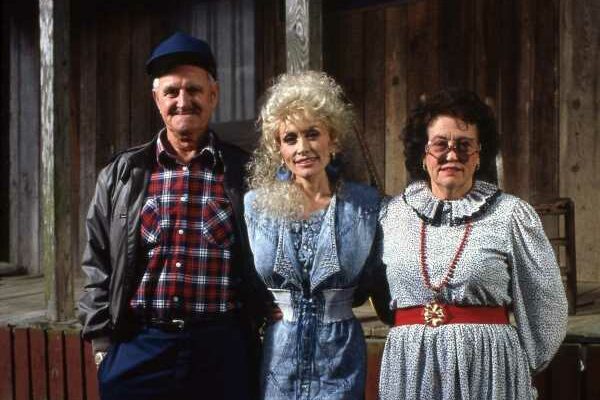 Dolly Parton and her siblings’ childhood was not without difficulties, but she generally looks back on the period with fondness. In particular, she appreciates the sacrifices her parents made to give their children a happy childhood. She shared that while she was growing up, she and her siblings would try to give back to her father after a long day at work.

Dolly Parton and her siblings grew up in Tennessee

Parton was the fourth of twelve children born to her mother, Avie Lee Owens, and her father, Lee Parton. Like their families before them, the Partons lived in Sevier County, Tennessee. The family was poor, living in a one-bedroom home with no running water or electricity, but they were happy.

“We always made jokes and said we didn’t even know we were poor till some smart aleck up and told us,” Parton told Today. “We didn’t have any money, but we were rich in things that money don’t buy. You know, like love and kindness and understanding.”

Parton has always described her father as one of the smartest and hardest working people she’s ever met. In the book Dolly Parton, Songteller: My Life in Lyrics, she explained that her father provided for the family “by the bend of his back and the sweat of his brow.”

She shared that when her father came home after work, he’d bring his green lunch box that the Parton siblings called “Daddy’s Dinner Bucket.” He always saved some food for the children, such as bits of sandwich or pie. They greatly appreciated this gesture, on top of everything else her father was doing for the family. Parton and her siblings tried to give back to their dad.

“Our sweet Daddy worked so hard for all of us,” she wrote on her official website. “At night we used to take turns rubbing Daddy’s cracked, hard-working hands with corn silk lotion and we soaked and washed his tired old feet. My sister Willadeene sweetly (and jokingly) dried them with her long beautiful hair.”

Parton explained why this form of pampering became part of their nightly routine.

“If Jesus could wash the feet of his disciples, at least we could do it for Daddy.”

The Imagination Library is dedicated to Parton’s father

Years later, Parton gave back to her father in a different way. She explained that while she thought the world of him, he was embarrassed that he was illiterate. In his honor, Parton began her Imagination Library, an organization that provides free books for children.

“When I got this idea to do the Imagination Library I wanted to get Daddy involved in it,” she said on her official website. I wanted him to help me with that so he could take the pride in that and so he did. He got to live long enough to hear the kids call me the Book Lady.”

Though Lee Parton was proud of his daughter’s career, he was most proud of her work with the Imagination Library.