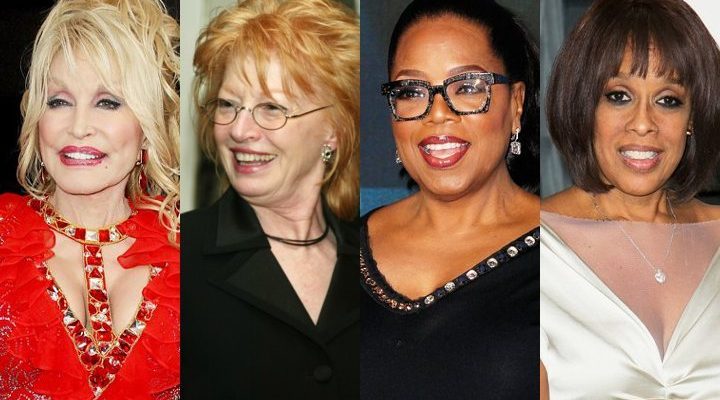 AceShowbiz –Dolly Parton‘s sexuality has been a long-debated topic despite she being married to Carl Dean since 1966. It mostly attributes to her close friendship with her longtime friend, Judy Ogle, whom many have said Dolly has been secretly dating for years.

While she has vehemently denied the speculation, the 73-year-old singer addresses the issue once again during a recent interview with The Sun. “So people say that – because you can’t really have a great relationship with a woman. I’m not gay but I have so many gay friends and I accept everybody for who they are,” the country music legend explains.

Dolly, who has been friends with Judy since they were kids, compares the rumors surrounding their friendship to that of Oprah Winfrey and her best friend Gayle King. She says, “Well, people love to talk, people love to gossip. They’ve said that about Oprah but it’s not true.”

Having been in the entertainment industry since 1960s, Dolly seems to be immune to those false reports about her. “People love to talk – but sometimes that’s your best publicity. I don’t care what they say as long as they don’t hurt other people I love,” she says.

The actress/songwriter goes on sharing how she and Judy grew close, “Judy and I have been best friends for 64 years, since we were little kids. Our parents knew each other, we grew up together, we were like sisters, became best friends.”

“She was very quiet, I was very outgoing. So we made perfect friends. We went all through school together,” she continues. “She went to the army when we graduated because she needed the insurance and she needed to help her family and I was trying to make it. As soon as she got out, she came to Nashville and we’ve been together ever since.”

Known for her eccentric appearance, the nine-time Grammy Award-winning artist is now a gay icon. But Dolly describes herself as “an old timer.” In fact, she doesn’t seem to understand with today’s pop stars who define themselves as gender fluid, pansexual or bisexual, including her own god-daughter Miley Cyrus.

In her opinion, “I think they just want to be part of that whole movement to make people think that they’re so free and all that. But I don’t really know how they feel inside. I know how I feel inside.” She adds, “Miley, she does a lot of stuff for effect, and I think a lot of them do.”

“Sometimes I think it’s just become kind of fashionable to speak out like that. I think some of them even say more than who they really are,” she says in the new episode of “The Dan Wootton Interview” podcast.