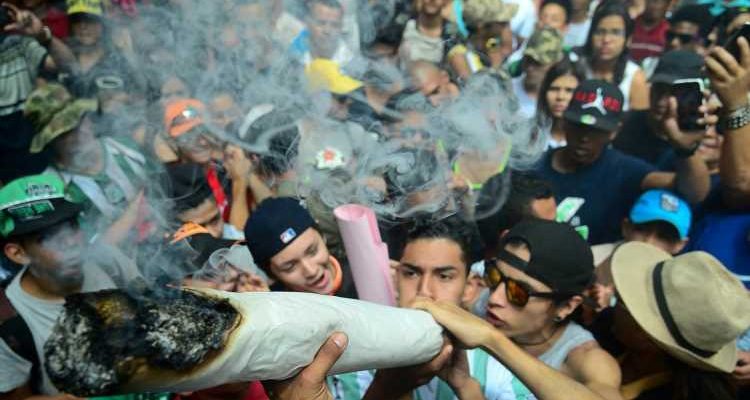 In Mexico, native healers known as the curanderos used cannabis, or pipiltzintzintli, in their practice to treat a variety of conditions. The shamans believed there was a correlation between medicinal plants and divine spirits, a notion that didn’t sit well with the Spanish church. “Towards the end of the 17th Century, the Catholic Church caught wind of this and banned cannabis, spreading rumors that people who used it were in communion with the devil and would go crazy,” says Steve DeAngelo, one of the world’s leading cannabis activists and founder of California’s Harborside Health Center.

As a result of the church’s anti-pipiltzintzintli propaganda, Mexico’s cannabis consumers were forced underground to hide their affinity for the plant. There, a new lexicon was born. By combining the Catholic-friendly word Mary with the Spanish word for things, huana, one of the first codewords for cannabis came into existence. “Mari-juana,” literally “Mary’s things” became the secret way of identifying pot. “If you were talking about Mary, no one would suspect something bad,” says DeAngelo.

Fast forward to the mid-1960s — San Francisco’s Haight Ashbury, London’s UFO Club, New York’s Greenwich Village — areas of great momentum where centuries of conservatism were being provoked by a counterculture revolution. “A high and beautiful wave,” Hunter S. Thompson would call it in his 1971 Rolling Stone epic, Fear and Loathing in Las Vegas. Peering westward from Sin City, Thompson reflected on the “high-water mark…where the wave finally broke and rolled back,” referring to the honeymoon-phase of the revolution. 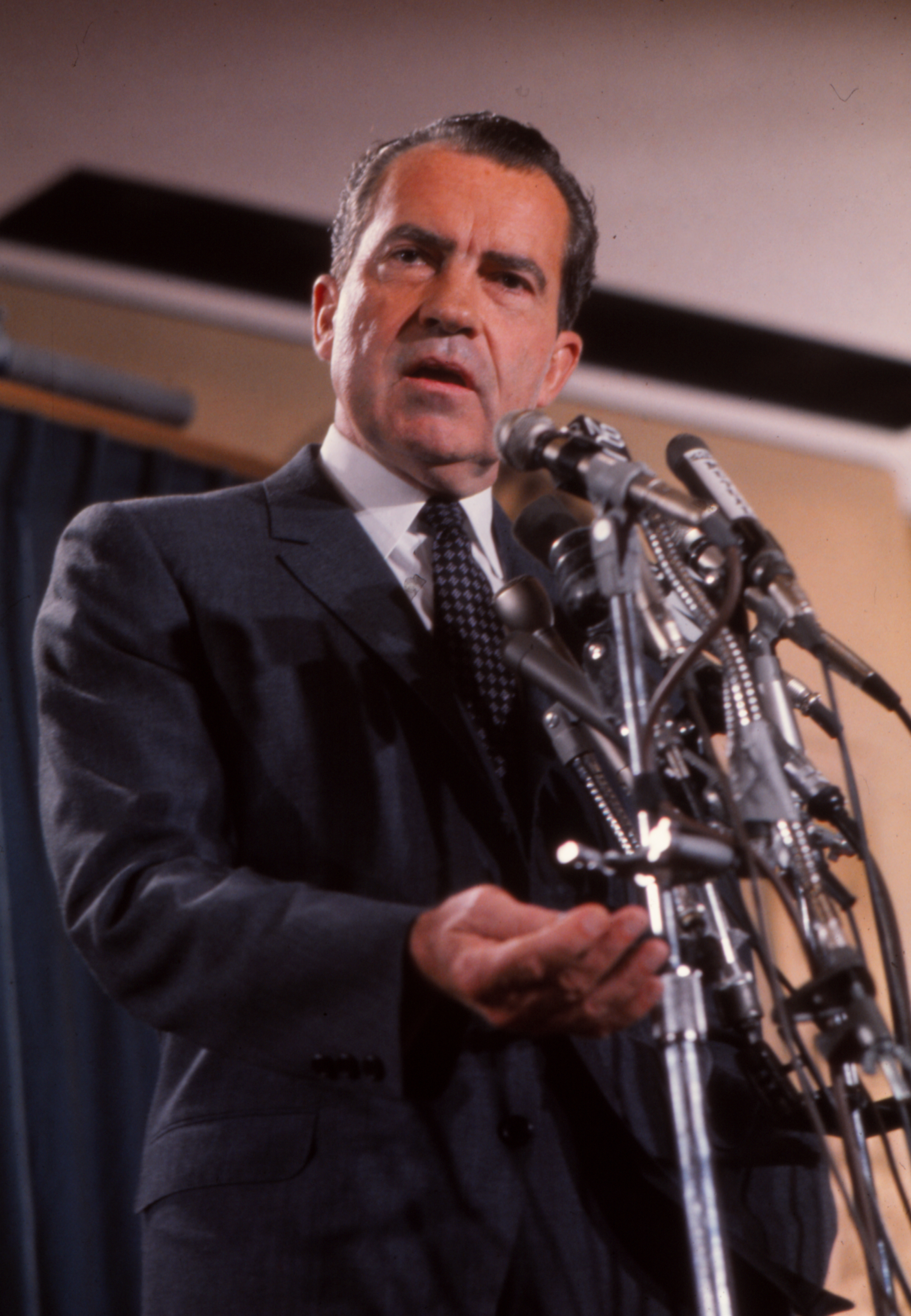 But by 1970, Nixon, like the Catholic Church before him, saw cannabis as a threat to his authority. He approved it as a Schedule I drug, a signal to law enforcement that pot was potentially more dangerous than opium, methamphetamine and cocaine. It didn’t take long before a new code word came into existence. For decades, “420” was the way to whisper one’s approval of cannabis without letting the authorities onto your actions, a “Mary’s things” of the War on Drugs. Only 420 had the added dimension of referring not just to all things cannabis, but cementing a continually recurring time and date. Perhaps this was the most integral factor to piggybacking an entire legalization movement off a lowly, three-number glyph, affording enthusiasts a specific time to meetup, and potentially organize. But as we stand on the precipice — with more states fully legalizing cannabis, and many others offering some form of legalized weed — does this national day of organizing really matter anymore?

In 1971, the same autumn that Thompson was mourning the counterculture, somewhere around harvest time, a group of San Rafael High School students, known as “the Waldos” because they liked to congregate outside class against the wall, inherited a map. It allegedly led to a crop of abandoned cannabis plants near the Point Reyes Peninsula Coast Guard station, just up the coast from San Francisco. The friends planned to meet after school at 4:20 p.m. to see if the map was real. For weeks, the Waldos gathered at 4:20 and hopped in a ’66 Chevy Impala, smoking joints the whole way out. The Waldos never actually found the hidden treasure, yet the term “420” became embedded in their dialogue, referring to their favorite plant while teachers and parents were conveniently left in the dark.

While the Waldos pioneered the term, their connections with the inner circle of the Grateful Dead catapulted the propagation of 420 into our language. One Waldo’s father helped the Dead with real estate, another Waldo brother was tight with Phil Lesh, and all of the Waldos had all-access passes to the Dead’s rehearsals, shows, and after parties, where the term was put to good use during the 1970s and 1980s.

In 1989, a festival called “Hemp Tour” picked up where the Grateful Dead left off. Originally, it started as a book tour supporting hemp activist Jack Herer’s seminal work The Emperor Wears No Clothes – Herer, DeAngelo, and some buddies on a 16-date run at Midwestern college campuses. The tour consisted of a traveling hemp museum, readings and lectures from Herer’s book. Hemp Tour’s demonstrations became wildly popular, and students jumped aboard the tour bus to join the movement, forming the Cannabis Action Network. When the initial tour came to an end, says DeAngelo, they decided to continue their journey on the road, following the Dead to hundreds of shows a year.

“420 jumped from this close knit Bay Area Grateful Dead family to Hemp Tour, and Hemp Tour immediately went to work spreading the idea that there was a holiday to be celebrated, making patches and posters referencing 420 to sell at Dead shows,” DeAngelo recalls. “That’s what really publicized this thing all across the country and then, all across the world.”

“April 20th is the most significant day in the weed world, celebrating and bringing together people from all walks of life that have one common philosophy: the burning of the herb and upliftment of the mind,” says Ganja Labs CEO Balram Vaswani, who’s producing Jamaica’s first legal harvest under the country’s new medical marijuana law. Much like the curanderos of the Seventeenth century, cannabis is being used across the world, once again, to mitigate symptoms of disease, pain, and illness while reconnecting users to the divine. And, according to many advocates, it’s still important to celebrate. 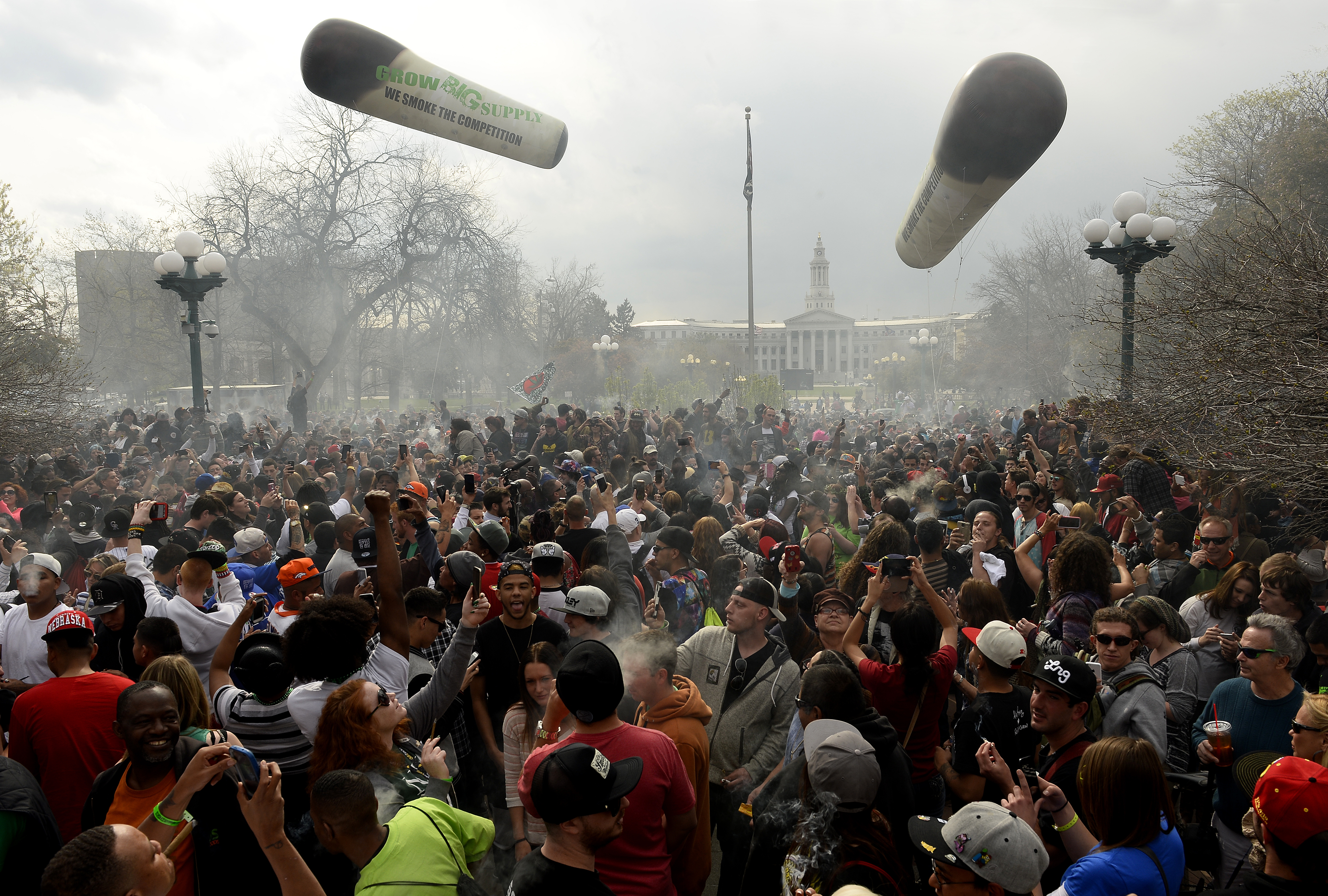 “420 is positive, because it’s raised a lot of conversations and discussions about the plant,” says Damian Marley, who recently announced a plan to convert a former 77,000-square-foot California prison into a licensed medical marijuana grow facility. “If anything, it’s probably more relevant today than ever — because of legalization.”

For many proponents of 420, legalization means much more than decriminalization, expungement, and nascent, restrictive medical marijuana programs. Activists believe cannabis legalization endgame comes in the form of uninhibited, unfettered access to the plant, affording people the opportunity to benefit without interference — a reason why “home-grow” allowances have entered the debate across so many states.

“I could see April 20th becoming an official holiday worldwide as marijuana continues to decriminalize and legalize around the world,” says Vaswani. Snoop Dogg, legendary rapper and cannabis trailblazer, agrees that 420 should stick around. “This magical plant positively impacts all sorts of industries – health, tech, business, sports. 420 is one of my favorite days because the whole world comes together for a smoke in celebration of it,” he says. “Puff, puff pass.”

We’re on our way. 420 festivals are occurring across the globe in places like England, Brazil, Canada, Australia, Netherlands, Puerto Rico, Scotland, Germany, India, and New Zealand. Diverse groups of people gather to celebrate the plant, educate one another and peacefully protest. But this burgeoning global popularity of 420 is simply a shoal from which the next wave of revolution is forming.

Prohibition is restrictive and divisive. 420 events bring everyone together, imbuing a sense of empowerment. When everyone stands together with a common goal, the collective conscious swells to create change. “Even if our activist work were complete, 420 morphs from a statement of conscience to a celebration of acceptance, a celebration of victory, a celebration of our amazing connection with this plant,” says DeAngelo. “I don’t think that ever stops. I think it will always be worthy of celebration.”

Editor’s note: a version of this story was originally published on April 20th, 2017 and has been updated to reflect some changes.