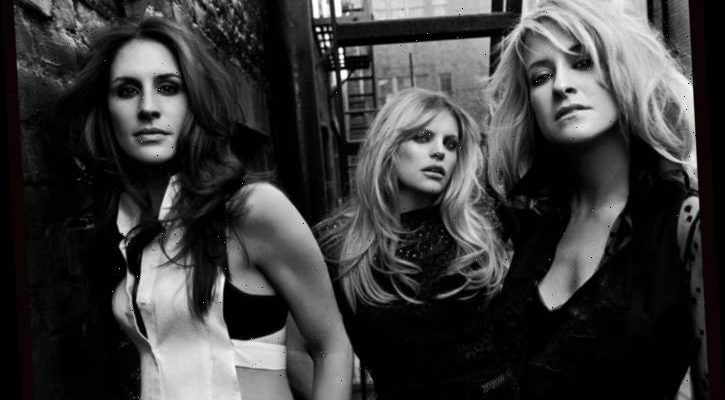 The Dixie Chicks recently took to Instagram to tease a new song, “Gaslighter,” their first in thirteen years, by sharing photos from the music video.

“Gaslighter” is the title track from the band’s upcoming sixth album.

A picture showing the Dixie Chicks trio clad in edgy outfits and sipping wine was subsequently deleted from the page.

Natalie Maines has shared a video on her page that features several snaps, including a photo of the crew members drinking wine from red-and-white spiral straws.

Another clip shows a contortionist performing in front of a green screen. Her post had additional tags #verysoon and #musicvideo.

“I’m gonna get in trouble for this, but that’s why you love me,” Maines wrote underneath the video, which was also subsequently deleted before it resurfaced again.

“You made your bed and then your bed caught fire / Gaslighter, I’m your mirror / standing right here until you can see how / you broke me, yeah I’m broken/still sorry and still no apology,” Maines sings.

“Gaslighter, you liar / You had to start a fire, had to start a fire / Couldn’t take yourself on a road a little higher / Had to burn it up, had to tear it down / Tried to say I’m crazy / Babe, you know I’m not crazy / But you gaslighted / You’re a la-la-la-liar,” the Chicks sing in harmonies.

Speaking about the album last year, Maines said, “Songwriting is really hard for me, and I think, for many years, I didn’t want to analyze my life or my relationship. I was just in it and dedicated and devoted … I just was not ready to open up like that.”

“Our last album was the most personal and autobiographical we’d ever been, and then this one is, like, 10 times that,” she added.

The band’s previous album was Taking the Long Way, released in 2006.