Jersey Shore: Family Vacation star Angelina Pivarnick has openly admitted to having work done on her body. She recently shared a video of a cosmetic procedure that gave fans Kim Kardashian West vibes. Find out what procedure Pivarnick had done. 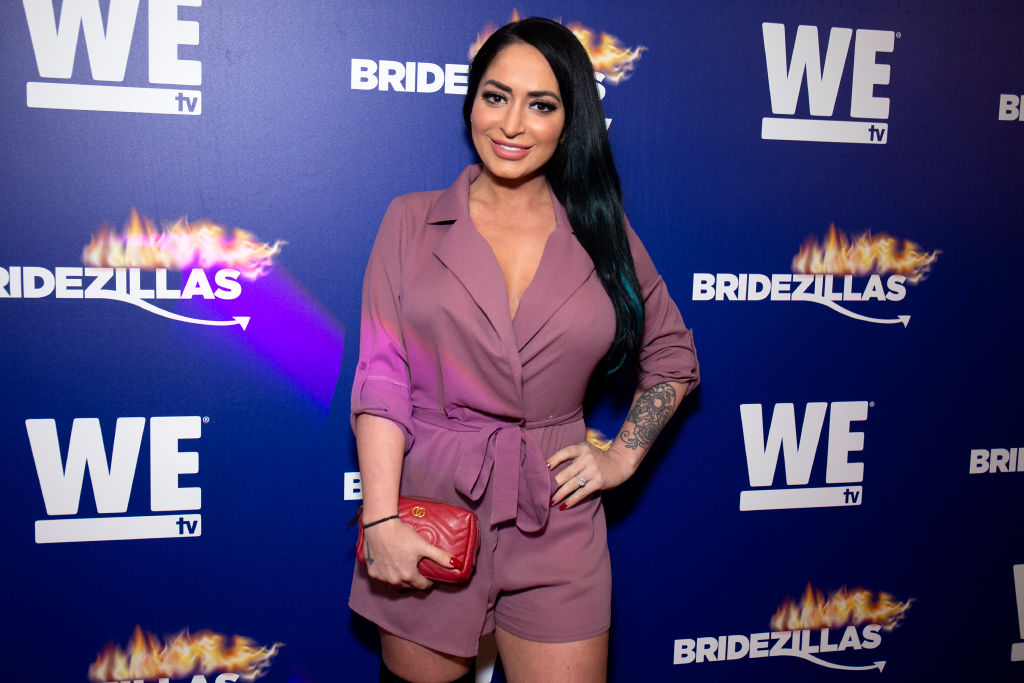 For years, KUWTK fans have speculated that Kardashian West has butt implants. On a 2011 episode of the series, cameras filmed Kardashian West’s butt x-ray to prove that wasn’t the case. In 2016, Kardashian West explained to Us Weekly how she gets injections in her butt — but not for the reasons fans think.

RELATED: Kim Kardashian West Critics Accuse Her of Projecting Her Insecurities on to Her Kids

Kardashian West has been open on the series and social media regarding her psoriasis. This condition is the result of excess skin cell buildup that can cause dry or itchy patches of skin. In the past, Kardashian West has had cortisone shots to help with her psoriasis symptoms. Her dermatologist explained, “‘There’s a one in a billion chance that you will get a huge indent in your butt.’” Naturally, Kardashian West had the indent, causing fans to assume she had cosmetic work done. “There is a picture of me in Miami wearing an electric blue dress, and another picture of me walking down Robertson,” she added. “You see the indent.” Kardashian West believes this is when fans started speculating about her “implants.”

Unlike Kim Kardashian West, Angelina Pivarnick has had plastic surgery

Contrary to popular belief, Kardashian West has never had any plastic surgery. Fans thought she had work done to her behind and later, her nose. But during a Master Class with Mario Dedivanovic, she talked about how her nose changed after her pregnancies. “You will see when I have kids, they will have the same nose as me” she tweeted regarding the rumors. Kardashian West has admitted to using laser treatments, fillers, and Botox, but she has never undergone major plastic surgery.

On the other hand, Jersey Shore star Pivarnick has openly talked about how plastic surgery helped her with her insecurities. “I was very insecure with my body because of my weight loss from the first two seasons of Jersey Shore,” Pivarnick told Life & Style Magazine. After working hard to lose weight, Pivarnick realized her “breasts were sagging tremendously.” To change her insecure perspective, she connected with Nicole “Snooki” Polizzi’s plastic surgeon, Dr. Tutela. Pivarnick has also had her lips done. More recently, she openly talked about getting a butt lift.

The self-proclaimed “Kim Kardashian of Staten Island” is often compared to Kardashian West by fans. Now, that comparison is even more accurate, given Pivarnick’s recent cosmetic procedure. She took to Instagram to share footage of her bandaid butt lift, a procedure Pivarnick says helps restore the “volume in hip dips.”

Bandaid butt lift by @tutelaps using @sculptraaesthetic Restoration for volume in hip dips. I fluctuate with weight for awhile now and I lost a lot of volume in my butt so this procedure is going to help with restoring the volume back into the areas that I lost. #buttlift #bbl #plasticsurgery #drtutela #makeyourappointments #bestinthegame #hesthebest #cantwaittoseeresults thank you to @botoxboss for assisting him. 🍑🍑🍑🍑🍑🍑🍑🍑

“I [have] fluctuate[d] with weight for a while now, and I lost a lot of volume in my butt, so this procedure is going to help with restoring the volume back into the areas that I lost,” she captioned the video of her awaiting the procedure. “Let’s be honest, I don’t do squats,” she said before her doctor, John Tutela, explained what the procedure would achieve. He also posted to Instagram, explaining how the process works. “Sculptra is injected for a small volume butt lift or to fill in hip dips,” he captioned a selfie of he and the Jersey Shore star. “It usually takes at least 2-4 treatments spaced 6 weeks apart.”