Hours after Chrissy Teigen returned to social media with a lengthy note amid allegations of past bullying, fashion designer Michael Costello accused the model of sending him death threats in the past.

Celebrities Fight Back on Social Media

“For the past 7 years, I’ve lived with a deep, unhealed trauma,” Costello, 38, began on Monday, June 14, via Instagram. “In 2014, I received a public comment from Chrissy Teigen on my Instagram page, accusing me of being racist. She apparently formed her own opinion of me based on a Photoshopped comment floating around the internet which has now been proven to be false by Instagram and since taken down When I reached out to Chrissy Teigen to communicate that I was the victim of a vindictive cyber slander, and that everything she thought I was is not who I am, she told me that my career was over and that all my doors will be shut from there on.”

The Project Runaway alum claimed that he was subsequently fired from jobs “with no explanation” and heard that Teigen, 35, and her stylist friend Monica Rose had “gone out of their way to threaten people and brands that if they were in any shape or form associated with me, they would not work with any of them.” (Us Weekly has reached out to reps for Teigen and Rose, 42, for comment.) 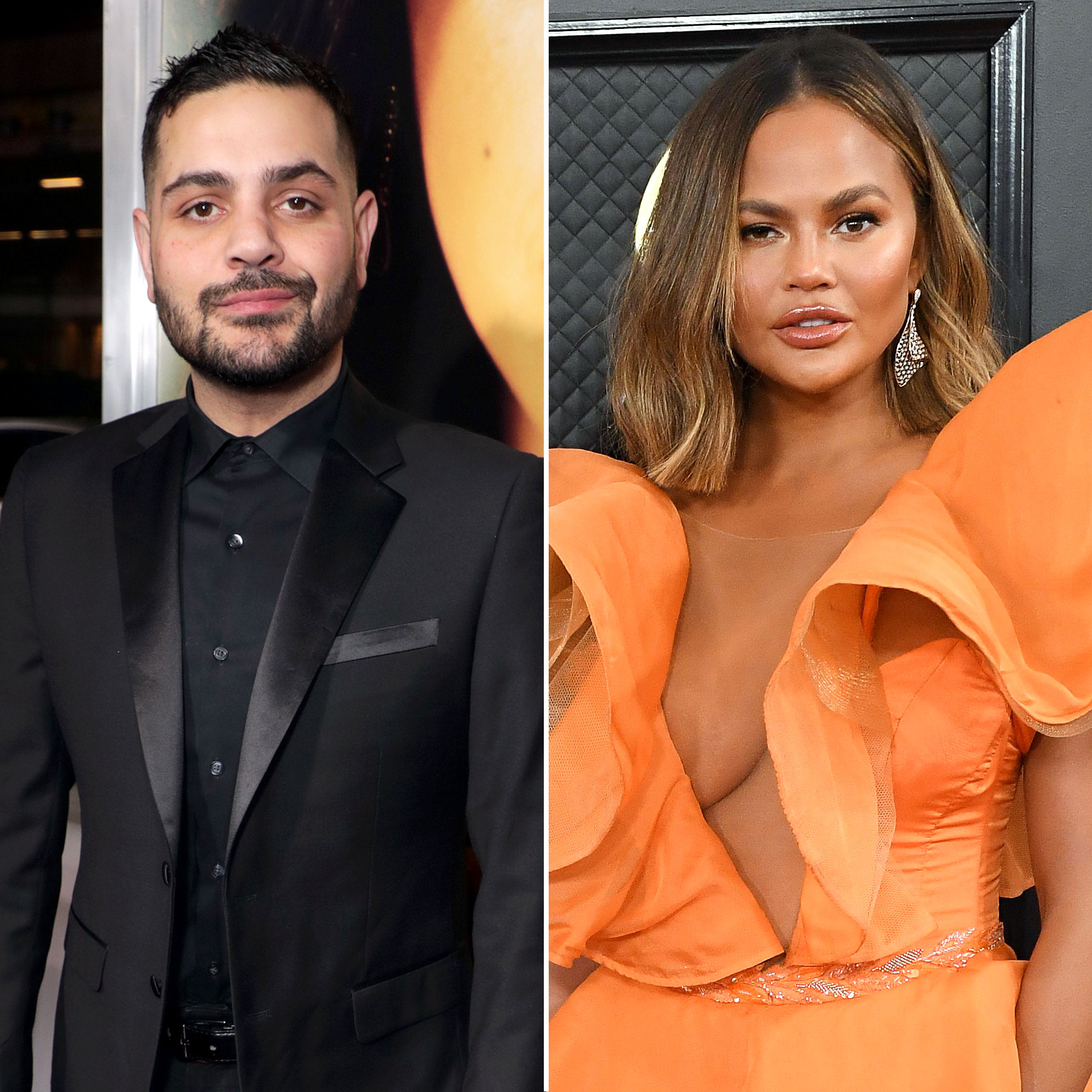 Costello, who alleged he “pleaded with Chrissy Teigen or Monica Rose to see the whole story before believing a false narrative a former disgruntled employee cast upon me,” still struggles with his mental health as a result of the cookbook author’s alleged actions.

Celebrities Who Took a Break From Social Media

“I didn’t see the point of living. There was no way I can ever escape from being the target of the powerful elites in Hollywood, who actually do have the powers to close doors with a single text,” he penned. “Not only was I the target of cyber defamation, I was also getting blocklisted [sic] in real life.”

Costello also posted apparent messages between him and Teigen in which she allegedly wrote: “Racist people like you deserve to suffer and die. You might as well be dead. Your career is over, just watch.”

While the host has yet to publicly comment on Costello’s claims, she previously apologized to Courtney Stodden, who claimed to The Daily Beast in May that Teigen “wouldn’t just publicly tweet about wanting me to take ‘a dirt nap’ but would privately DM me and tell me to kill myself.”

“As you know, a bunch of my old awful (awful, awful) tweets resurfaced. I’m truly ashamed of them. As I look at them and understand the hurt they caused, I have to stop and wonder: How could I have done that?” she wrote on Monday via Medium. “I’ve apologized publicly to one person, but there are others — and more than just a few — who I need to say I’m sorry to. … I understand that they may not want to speak to me. “I don’t think I’d like to speak to me. (The real truth in all of this is how much I actually cannot take confrontation.) But if they do, I am here and I will listen to what they have to say, while apologizing through sobs. There is simply no excuse for my past horrible tweets.”

Stars Who Were Fired From Jobs

Teigen, who referred to herself as a “troll,” wrote that she “thought it made me cool and relatable if I poked fun at celebrities.”

She concluded: “I’m telling you this for context, not seeking or deserving any sympathy. There’s no justification for my behavior. I’m not a victim here. The subjects of your sympathy — and mine — should be those I put down. The truth is, I’m no longer the person who wrote those horrible things. I grew up, got therapy, got married, had kids, got more therapy, experienced loss and pain, got more therapy and experienced more life. AND GOT MORE THERAPY.”

If you or someone you know is struggling with suicidal thoughts, please contact the National Suicide Prevention Lifeline at 1-800-273-8255.