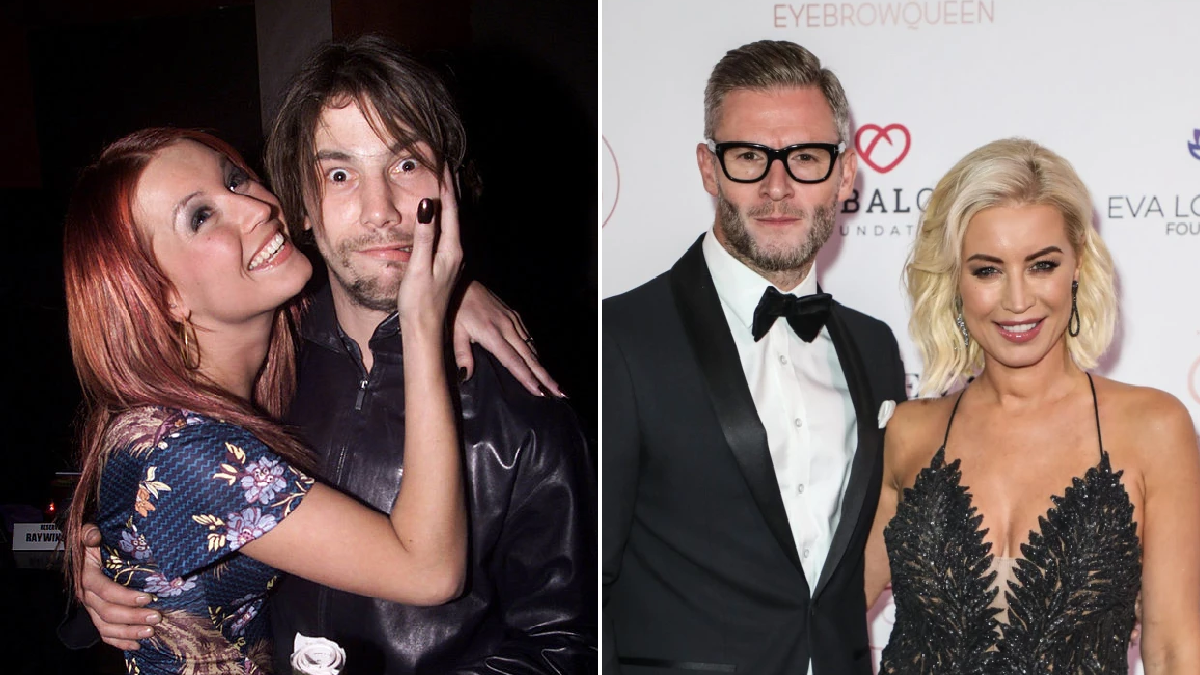 Denise Van Outen is back in contact with her ex-fiancé Jay Kay after splitting from her partner Eddie Boxshall, reports claim.

The 47-year-old television presenter, who parted ways from Eddie earlier this year after she supposedly found that he had been ‘cheating’ on her by having phone sex with other women, had enjoyed a highly publicised relationship with the Jamiroquai singer, 52, before breaking up in 2001.

Denise opened up about their past romance in her new autobiography A Bit Of Me, alleging they called off their plans to tie the knot due to ‘conflicting’ jobs at the time.

However, sources suggest the pair are now back in touch.

‘Denise and Jay have been speaking again and it has been good for both of them to have that connection,’ an insider told The Sun.

‘Their split was very painful but a lot of water has passed under the bridge.’

Denise announced in January that she had made the ‘difficult decision’ to separate from long-term partner Eddie.

She revealed in her autobiography that she searched Eddie’s iPad and confronted a woman who allegedly engaged in phone sex with him.

Denise said she found photos and Instagram messages that suggested he was cheating, with the former Big Breakfast presenter then confused to find she had blocked the woman’s profile on Instagram despite never following her.

The actress shared an emotional post to social media revealing the news of her separation but said she will ‘always treasure’ the ‘good times’ and the memories.

She had previously spoken about her plans to marry the City trader, who she was with for seven years.

‘Over the past couple of months, there has been much speculation regarding my relationship with Eddie,’ Denise penned. ‘It saddens me to confirm that we are no longer a couple.

‘I had to make the difficult decision not to continue in our relationship. I will always treasure the good times we spent together, and the memories made.

‘We ask that you please respect our privacy at this time, especially for our children.’

The couple made regular appearances together on the celebrity edition of Channel 4’s Gogglebox.

Denise revealed last year that the pair hoped to tie the knot after coronavirus lockdowns had ended.

The couple also went through relationship counselling to ‘iron out the niggles’ before the big day and documented their discussions in a six-part podcast titled Before We Say I Do, with the last episode airing in March last year.

Denise has an 11-year-old daughter Betsy who she shares with musical theatre star Lee Mead, who she was married to between 2009 and 2013.

Metro.co.uk has contacted reps for Denise and Jay Kay for comment.