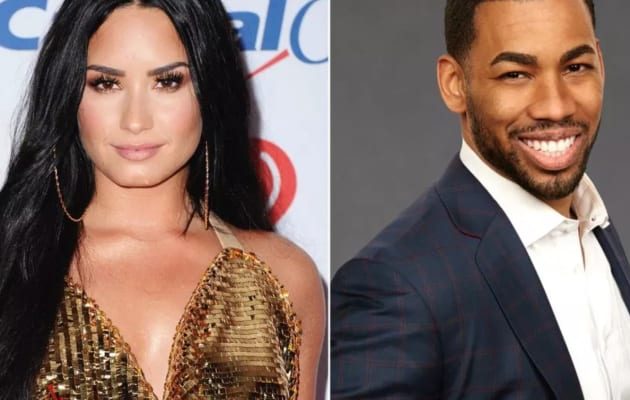 Let’s face it — Hannah Brown made a lot of bad decisions during her time on The Bachelorette.

Choosing Jed Wyatt over Tyler Cameron, allowing Luke P. to make it all the way to her final four, nicknaming herself “Hannah Beast” …

But for many fans, Hannah’s biggest mistake was sending Mike Johnson packing.

Mike quickly emerged as a fan favorite during Hannah’s season — thanks in part to the way he stood up to Luke P., whose douchiness cannot be overstated — and when he didn’t receive a rose from Hannah, many thought he was a shoo-in to be the show’s first black Bachelor.

When producers chose Peter Weber instead, many denizens of Bachelor Nation were deeply disheartened.

But now, it looks like the show and Hannah’s loss is Demi Lovato’s gain.

Yes, after months of online flirtation, it looks as though Demi and Mike might actually be happening.

“They did go on a date and it’s been going well,” an insider recently told E! News.

“They seem to have a lot in common and are just enjoying getting to know each other.”

We’ve known some time that Demi has a thing for Mike — and that the feeling is reciprocated.

Back when Johnson was still vying for Hannah’s affection, Demi commented, “Mike I accept your rose” on Instagram.

Once he was out of the running with Hannah, Mike was quick to let Demi know he felt the same way with a series of flirtatious remarks.

Just last week, when Demi posted an unedited bikini photo in order to send a message of body positivity to her fans, Mike was quick to express his approval in the comments section.

“Look at me like that again … Love yaself,” Mike commented on the above pic.

Mike and Demi appear to be in the early stages of their relationship, and it’s anyone’s guess where all of this will lead.

But just like the romance between Tyler Cameron and Gigi Hadid, the situation proves that you can still find love on The Bachelor or The Bachelorette.

There’s just a very good chance it won’t be with the person you’re expecting.

Peter Weber as The Bachelor: A Nation Reacts!Start Gallery