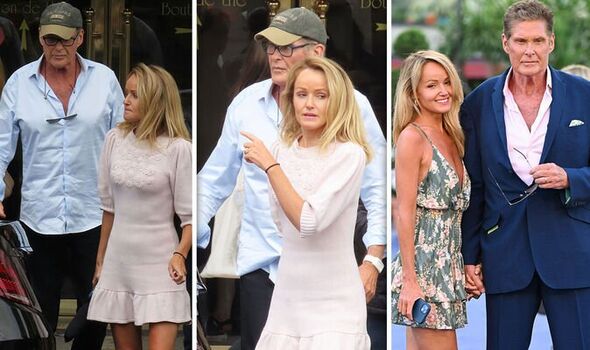 David Hasselhoff and his wife Hayley Roberts enjoyed a lunch date together in Paris on Sunday.

David Hasselhoff, 69, and his wife Hayley Roberts, 42, looked sombre as they stepped out together in Paris at the weekend.

Baywatch star David could be seen signing autographs for fans as he left a restaurant with his wife of four years.

David looked casual in a blue shirt and green hat, while Hayley, who is 27 years his junior, wore a pink jumper dress that showed off her toned legs.

The couple were also recently spotted together at the 61st Monte-Carlo Television Festival.

In an interview in 2018, shortly after he tied the knot with Hayley, David admitted he had been concerned about their age gap.

“For the longest time I didn’t think it was right to marry Hayley as I was so much older and I didn’t want to take away the fun and the youth and the excitement of growing old together and having children,” he told OK!.

“We’ve been together for about seven years and we’ve had such a great time. I’ve realised how much I love Hayley and how much we’ve become part of each other’s life.” 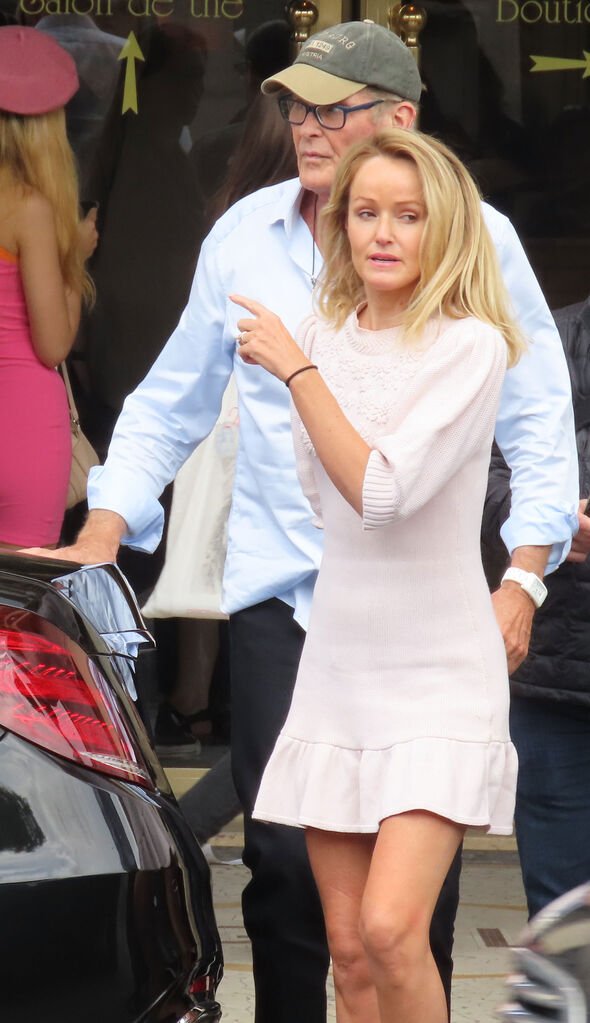 David and his wife Hayley were pictured leaving a restaurant

David wore a blue shirt and a cap, while Hayley donned a pink jumper dress. 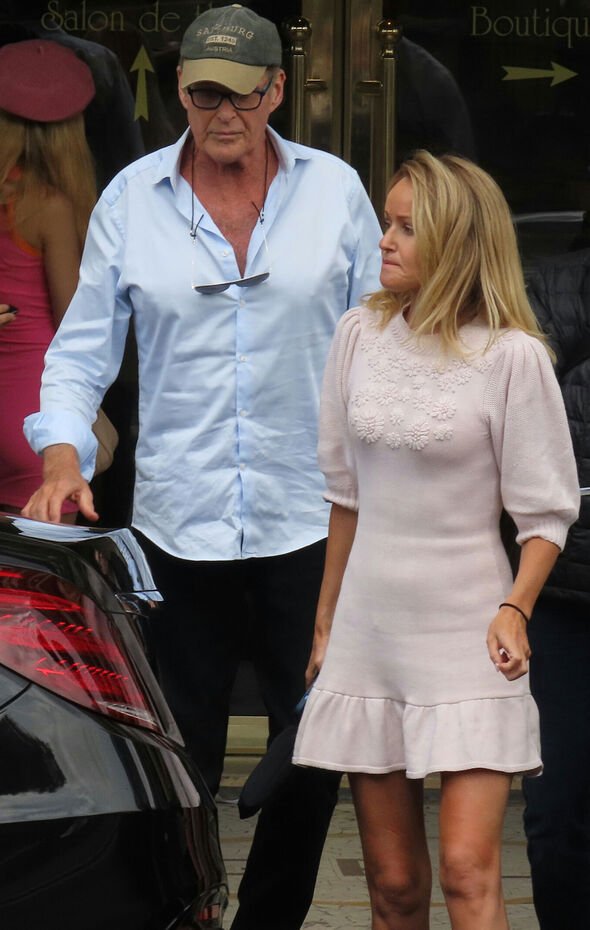 The couple looked serious as they walked in public

David was seen signing autographs for his adoring fans. 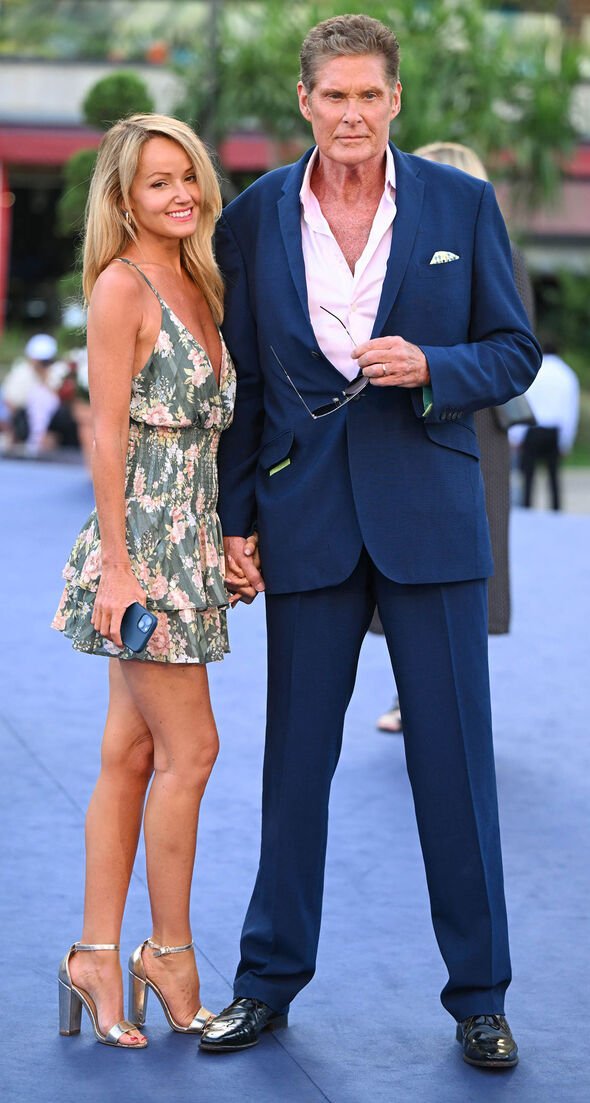 They posed for the cameras at a photocall for the Ze Network, in which David portrays the lead role. 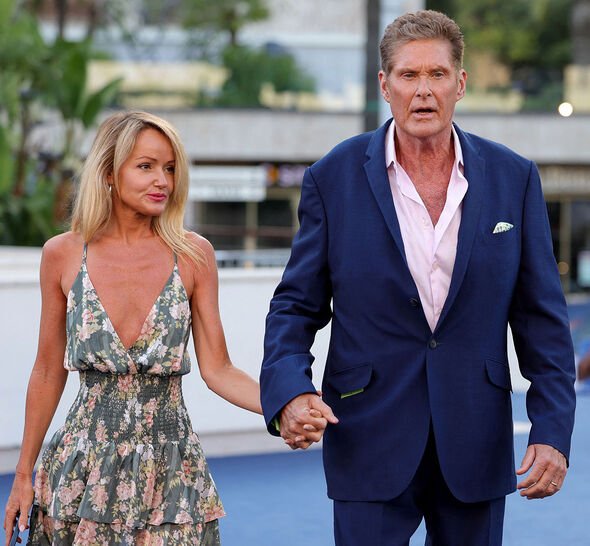 David looked dapper in a navy suit, which he paired with a pale pink shirt and patent black shoes, along with a pair of sunglasses. 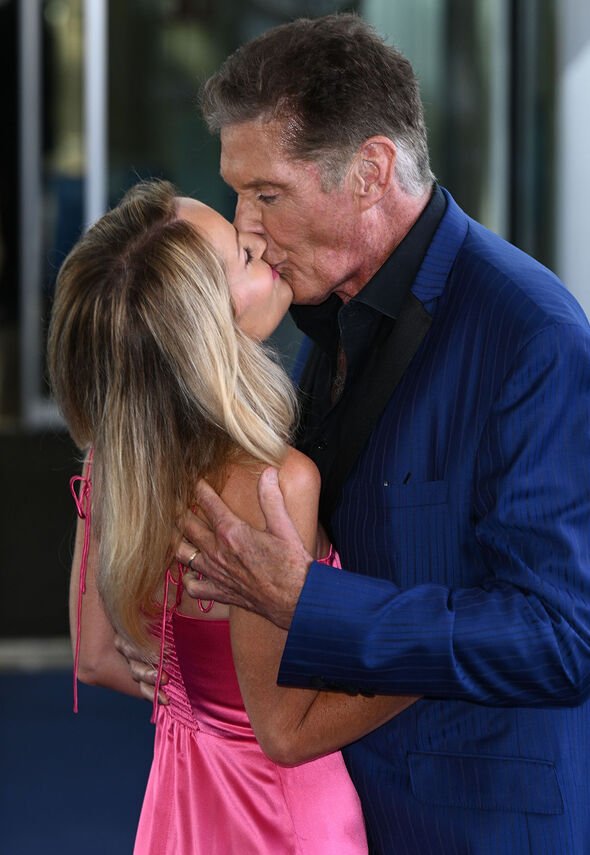 The couple are about to reach their four-year wedding anniversary

David admitted in a 2018 interview he initially had concerns about their 27-year age gap. 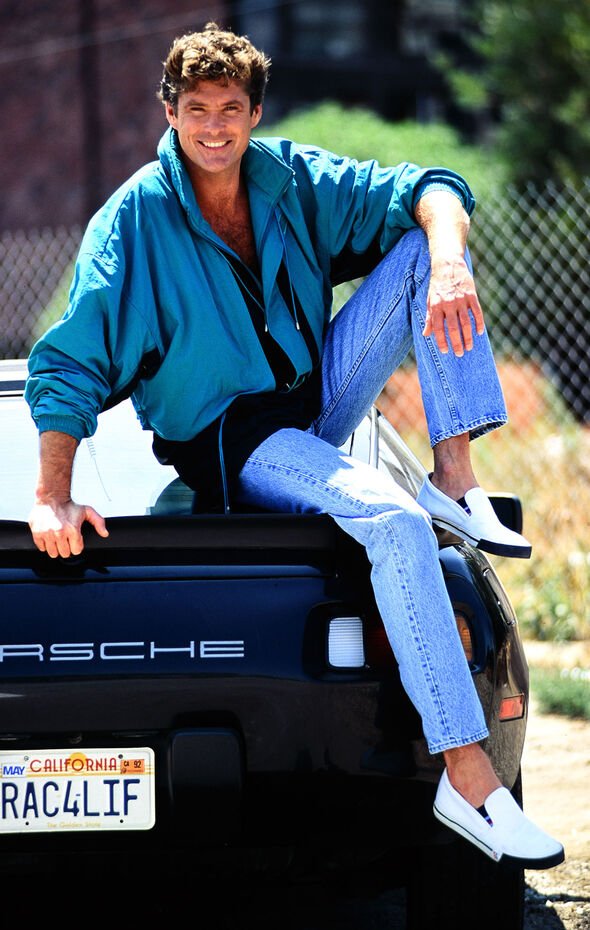 He was also well known for his role as lifeguard Mitch Buchannon in Baywatch.