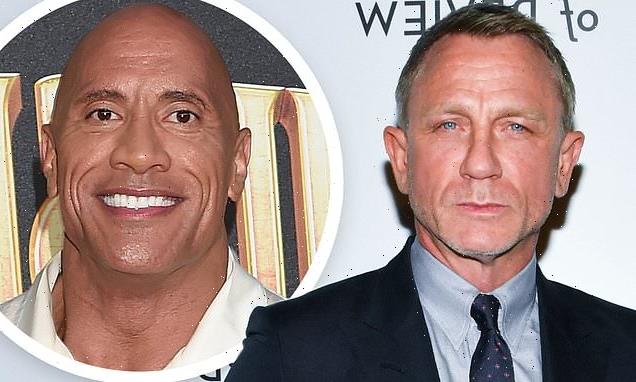 The list, published Wednesday, includes 17 of the highest recent film star salaries and shows other A-listers like Dwayne Johnson, Will Smith and Denzel Washington earning sky-high payments in the mid eight-figures, while Jenifer Lawrence and Julia Roberts were tied for the highest-paid female actors.

A heavy contributor to the expanding salaries is the rise of streaming releases, in which stars negotiate for higher up-front payments to make up for tiered payments based on theatrical ticket sales. 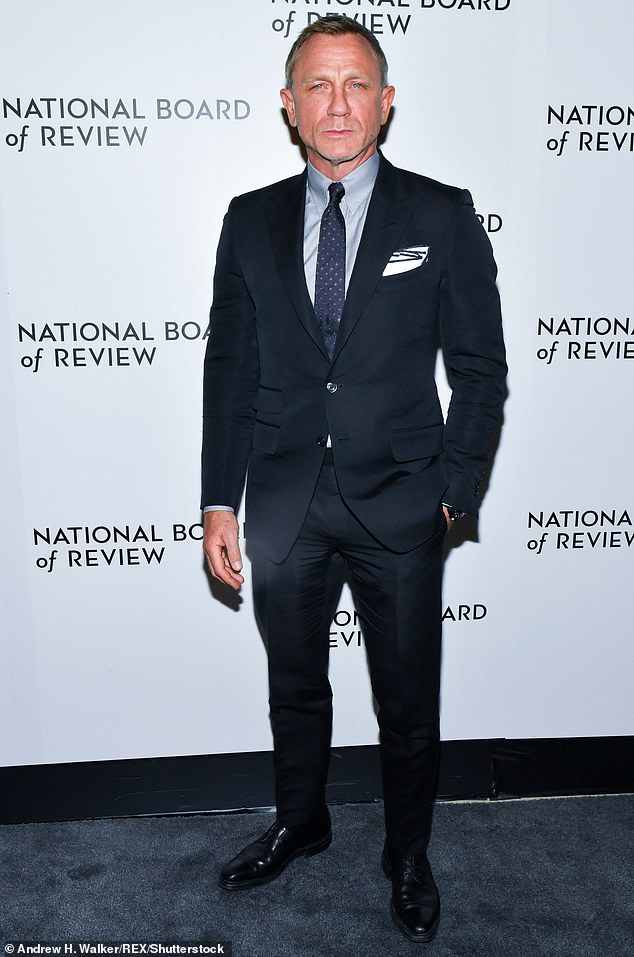 Making bank: Daniel Craig, 53, tops Variety’s list of the biggest actor salaries with a stunning $100 million for Knives Out 2 and 3, while Dwayne Johnson and Will Smith are next at $50 and $40 million; seen in January 2020

In March, Variety reported that Craig, 53, would be joining the Netflix fold after the streaming service acquired a second and third film in the Knives Out series, which began with the acclaimed 2019 film.

The whodunit mystery featured the Bond actor as the Southern detective Benoit Blanc, who was called in to investigate the murder of a wealthy mystery novelist (Christopher Plummer) at his own birthday party while surrounded by his family.

The film was a hit with critics and audiences alike and became a rare success at the box office without any connection to preexisting intellectual property or well-known franchises.

Knives Out’s relatively modest $40 million budget also made it easy for the film to turn a profit.

Netflix is reportedly shelling out $450 million on two sequels, and the new list indicates that $100 million alone is going to Craig for starring in both movies. 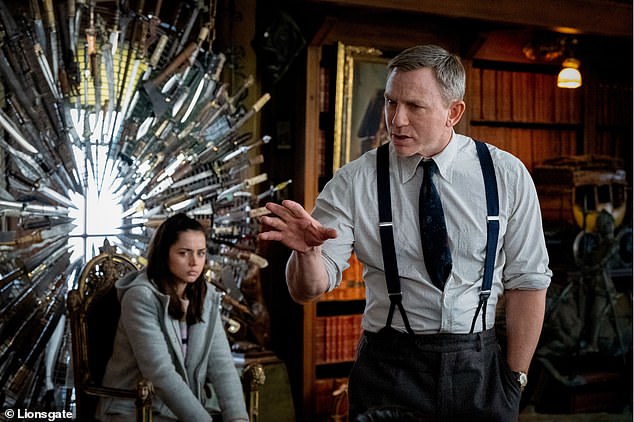 Up front: Craig is being paid upfront by Netflix to make up for bonuses he could have gotten for a theatrically released film; seen with Ana de Armas in Knives Out 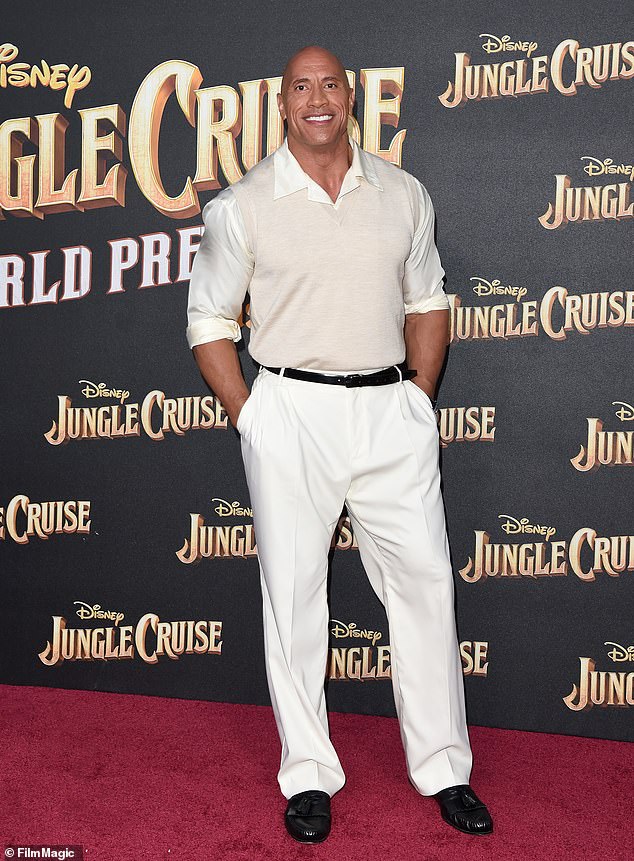 Payday: Johnson is reportedly earning $50 million for Amazon’s action film Red One, but he couldn’t count on the astronomical upfront salary if he was starring in a theatrically release film; seen in July

But Craig, or Dwayne Johnson, who’s being paid $50 million for the Amazon action film Red One, couldn’t count on these astronomical salaries if they were starring in films opting for a traditional theatrical release.

Most high-profile actors’ contracts now have tiered salaries, with multiple bonuses being paid out when their films reach various benchmarks at the box office.

Most streaming release have limited theatrical release, or none at all, so actors have to be paid higher salaries up front to entice them.

Will Smith’s salary for the upcoming biopic King Richard, about Venus and Serena Williams’ father Richard Williams, was boosted up to $40 million after Warner Bros. decided to release the film simultaneously in theaters and on HBO Max, which would likely eat into its theatrical earnings, as many viewers will opt to stay home and stream it for little to no additional cost.

Denzel Washington’s salary on the serial killer thriller The Little Things was also raised to $40 million to include his projected backend payments.

Solid: Will Smith will reportedly earn $40 million for King Richard, his Warner Bros. biopic about Venus and Serena Williams’ father

Making up for it: Denzel Washington’s salary on The Little Things was reportedly boosted to $40 million after the movie was released simultaneously on HBO Max

Tied: Jennifer Lawrence and Julia Robert were tied as the highest-paid actresses on the list. Lawrence will both earn $25 million for Netflix projects, with Lawrence starring in Don’t Look Up and Roberts appearing in Leave The World Behind

The Adam McKay disaster comedy Don’t Look Up will be paying higher amounts to its stars Leonardo DiCaprio and Jennifer Lawrence to make up for small theatrical releases.

DiCaprio is expected to take home $30 million, while Lawrence will likely earn $25 million.

She’s tied with Julia Roberts for the highest-paid female actor. Both are appearing in Netflix films, with Roberts leading Leave The World Behind.

Several stars are still commanding a standard high-profile salary of $20 million for theatrical projects, though they may be able to exceed that with backend earnings if their films perform well in theaters.

Sandra Bullock is set to earn that much for her comedy The Lost City Of D, as will Chris Hemsworth for Thor: Love And Thunder and Brad Pitt for the thriller Bullet Train.

Old school: Chris Hemsworth will earn $20 million for Thor: Love And Thunder with a more traditional deal, as will other stars like Sandra Bullock (The Lost City Of D) and Brad Pitt (Bullet Train); Hemsworth seen in Thor: Ragnarok

Ryan Gosling is also set for a $20 million payday, but that includes backend payments for his Netflix film The Grey Man.

Not all film payments are sky-high, even if they’re still incredibly generous. Chris Pine is reportedly earning $11.5 million for his film Dungeons And Dragons, though he may still be able to earn more if the movie performs well.

Despite the Batman franchise being a reliable performer at the box office, Robert Pattinson will only earn about $3 million upfront for starring in the upcoming reboot The Batman.

Tom Cruise’s has enough cachet in the industry to command a healthy up-front salary while also having plenty of bonuses lined up.

He’s expected to earn $13 million immediately for his upcoming sequel Top Gun: Maverick, and additional bonuses for solid performance at the box office could significantly increase that amount. 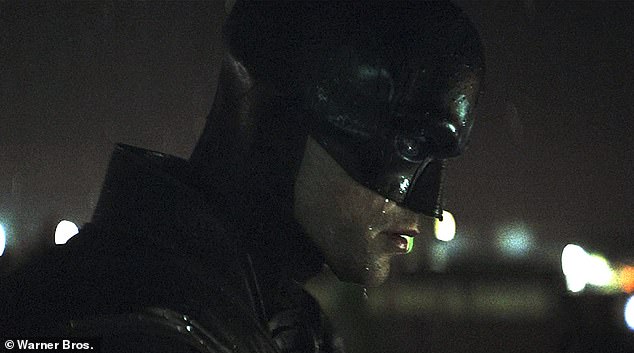 Still significant: Robert Pattinson will likely earn $3 million for starring in The Batman under the traditional payment system

Something to smile about: Tom Cruise is able to command a healthy up-front amount ($13 million) plus performance bonuses that could significantly inflate his salary; still from Top Gun: Maverick