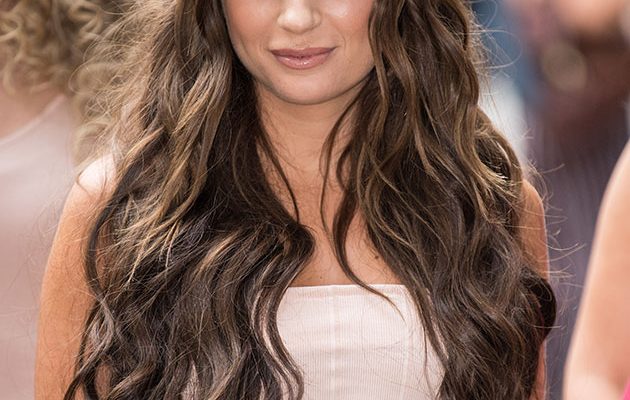 She didn’t indulge in any on-screen hanky panky with Love Island beau Jack Fincham, but Dani Dyer is about to set pulses racing in a steamy new film role.

The raunchy sex scene for the Brit horror thriller Heckle was filmed before the 23-year-old’s reality TV stint, and it will no doubt raise a few eyebrows when it debuts later this year.

Speaking to The Sun Online an insider revealed that Dani’s actor dad Danny Dyer isn’t likely to be best pleased about the romp with her co-star James De’Val, who plays her character Lucy’s boyfriend Luke.

They said: ‘It’s her dad’s worst nightmare seeing his little girl having sex on screen, but he understands she’s an actress and it’s all part of the storyline’

‘It was bad enough seeing her in a bikini sharing a bed with Jack on Love Island – but he’s proud she’s landing roles in Brit movies, just like he did at the start of his career.’

And despite the fact that the 41-year-old may have had experience of saucy scenes as part of his role as Mick Carter on hit soap EastEnders, that’s unlikely to give him any comfort.

Continuing, the insider added: ‘Dani’s had to watch Big Dan kiss women who aren’t her mum on Eastenders, so her dad’s going to have to accept her doing sex scenes as part of the role!’

Dani famously promised mum Jo that she wouldn’t have sex on Love Island – and stuck to her word through the whole series, despite finding romance early on.

This is something which dad Danny was also proud of, previously saying:

‘She has spun it on its head and she has not f****d about under the quilts once.

‘She is a role model for young kids. She doesn’t need to do that.’

We’ve seen that Dani is natural in front of the cameras after her appearances on Love Island: The Christmas Reunion and Life After Love Island, and producer and writer Airell Anthony certainly agrees.

He told the same publication that she ‘is a great actress and a joy to have on set’.

He added: ‘Dani plays Lucy, who comes to a Halloween party with her boyfriend Luke and his dad. They’re too cool for the party so sneak off into the woods to smoke weed and get up to no good.’

Actor and producer James De’Val also had nothing but praise for Dani.

He said: ‘She wasn’t a diva at all – I was probably more of a diva! I had a really thin shirt on and it was really freezing cold and she told me to stop making a fuss! She was basically wearing a bra and had her top open.’