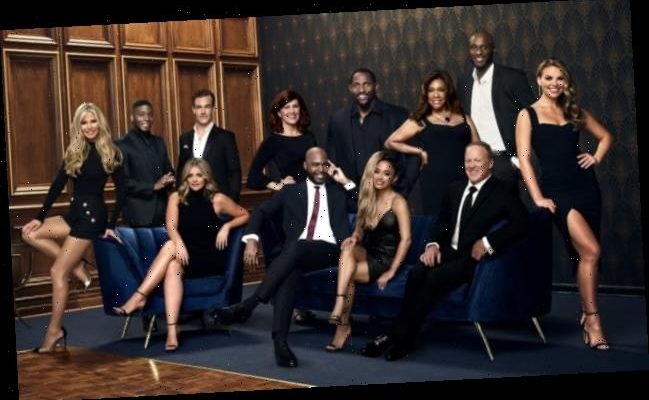 Before we rundown Monday night’s shocking outcome on Dancing with the Stars, we’d like to ask readers a question:

Are you okay? Are you in pain? Does your jaw still hurt after crashing very hard to the floor after you heard the eliminated name called  yesterday evening?

If so, you are not alone.

Before delving into the results, along with the reactions from many involved, it’s worth running down the emotional toll that often gets overlooked by each season’s contestants.

At once point, The Bachelorette broke down because her parents were in the audience.

“I just miss being on my couch with my mom and my daddy, watching a movie, playing with my dogs. I kinda miss the simplicity of home,” she cried to Alan Bersten during rehearsal.

The former Bachelorette also confessed she’s having a difficult time adjusting to the west coast.

“A piece of my heart will always be in Alabama. I really miss that sense of community and family that I had,” she said. “I don’t know if L.A. truly feels like home just yet.”

Elsewhere, Karamo also went through the gamut of emotions, revealing his broken relationship with his dad.

“When I was 17 going on 18, I told him I was gay. Our relationship ended,” the Queer Eye star explained.

However, his father reached out years later and apologized — and Karamo invited him to watch this week’s dance.

“I feel like this is an opportunity where I could really shine. I’m not gonna lie, I’m nervous.”

From there, he met up with his dad ahead of his routine and his the latter agreed to meet his fiancé, director Ian Jordan.

“Ever since birth, Ive always wanted for you to be successful,” his dad told Karamo.

Then there was Lauren Alaina, who shed tears over the anniversary of her step-father death.

“We found out he had cancer in April and he died in October. It was really fast. Sam was 47. It destroyed me,” the country artist shared.

Her mom flew out for the performance, and the pair walked on the beach beforehand, opening up to each other about this painful loss.

The American Idol alum even said that Sam opened his eyes hours before he died and explained heaven to her family and she wrote “The Other Side” about that experience.

Gleb Savchenko proceeded choreographed the routine to be as if she was talking to her step-father. Bittersweet stuff all around.

As for those stunning results?!?

Sailor Brinkley-Cook and Val Chmerkovskiy ended up in the bottom two, along  with Ally Brooke and Sasha Farber

After Carrie Ann and Bruno both chose to save Ally and Sasha, more tears flowed once it was announced that Sailor was headed home… despite earning 27 points on the evening.

“I love that girl, she was one of my closest friends on this show, so I’m just shocked. I’m sure she’s completely sad, and I know she’s probably just taking her time to process this.”

Ally wasn’t alone in this response, either.

“[It was] so sad, oh my gosh. Sailor is the sweetest, nicest person ever. I’ve actually gotten close to her throughout these weeks and she’s just so sweet and loving and good.

“Like, actually really good, so I think everybody was shocked.”

We’ll give the final words to Karamo who said the outcome was also hard on his partner, Jenna Johnson, who had to see her husband bid farewell to the competition:

“Tonight was hard. Her husband went home and Sailor, who’s been giving it her all, this was a shock to me,” he said.

“This season of Dancing With the Stars is just one shock after another. You just don’t know what’s going to happen.”