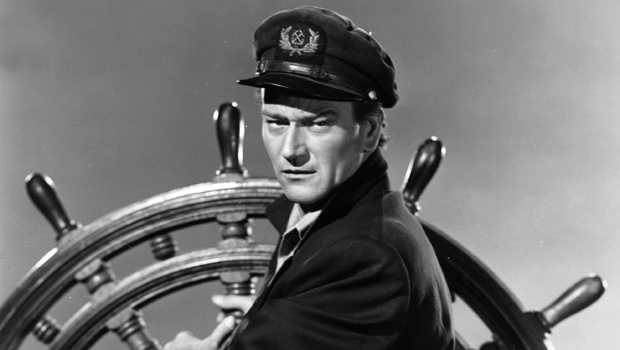 The Orange County airport is named after John Wayne, and people want that to change due to his offensive comments to minority groups from a ‘Playboy’ interview.

People are calling for John Wayne Airport, Orange County to change its name now, following the resurfacing of the namesake’s racist and homophobic quotes, per an article in the Los Angeles Times. The writer argued that due to the diverse community in Orange County, “it’s hard to justify asking any member of that community to board planes at an airport named after an outspoken racist and homophobe, with his strutting statue occupying a central niche in front of the concourse.”

John himself had lived in the Orange County area, and the airport was named after him when he died, according to CNN. John’s 57-year-old son Ethan took to the news channel to defend his late father – John passed away in 1979 when he was 72 years old – in light of the public request to change the airport’s name.

“Well, obviously we don’t want our father attacked and we don’t want to besmirch by someone who’s taking words from an interview that’s eight hours long and using them out of context,” Ethan said. “They put my father’s name on that airport for the same reason that congress voted to give him a congressional gold medal, for the same reason that the president decided to give him a medal of  freedom, and it’s recognition of a lifetime of significant contribution to this country, his community, and to his industry.”

“It would be an injustice to judge someone based on an interview that’s being used out of context, they’re trying to contradict how he lived his life and how he lived his life was who he was,” John’s son continued. “Any discussion of removing his name from the airport should include the full picture of the life of John Wayne and not be based on a single outlier interview from half a century ago.” While Ethan argued that his father’s quote about “homosexuality” was out of context, and his father was actually “talking about the negative direction the film industry is taking in regards to sex, violence, and nudity,” Ethan did not comment about his father’s statements saying John supported “white supremacy.”

This call for changing the airport’s name came after John’s Playboy interview from 1971 which recently resurfaced, with the actor saying things like, “I believe in white supremacy until the blacks are educated to a point of responsibility.”