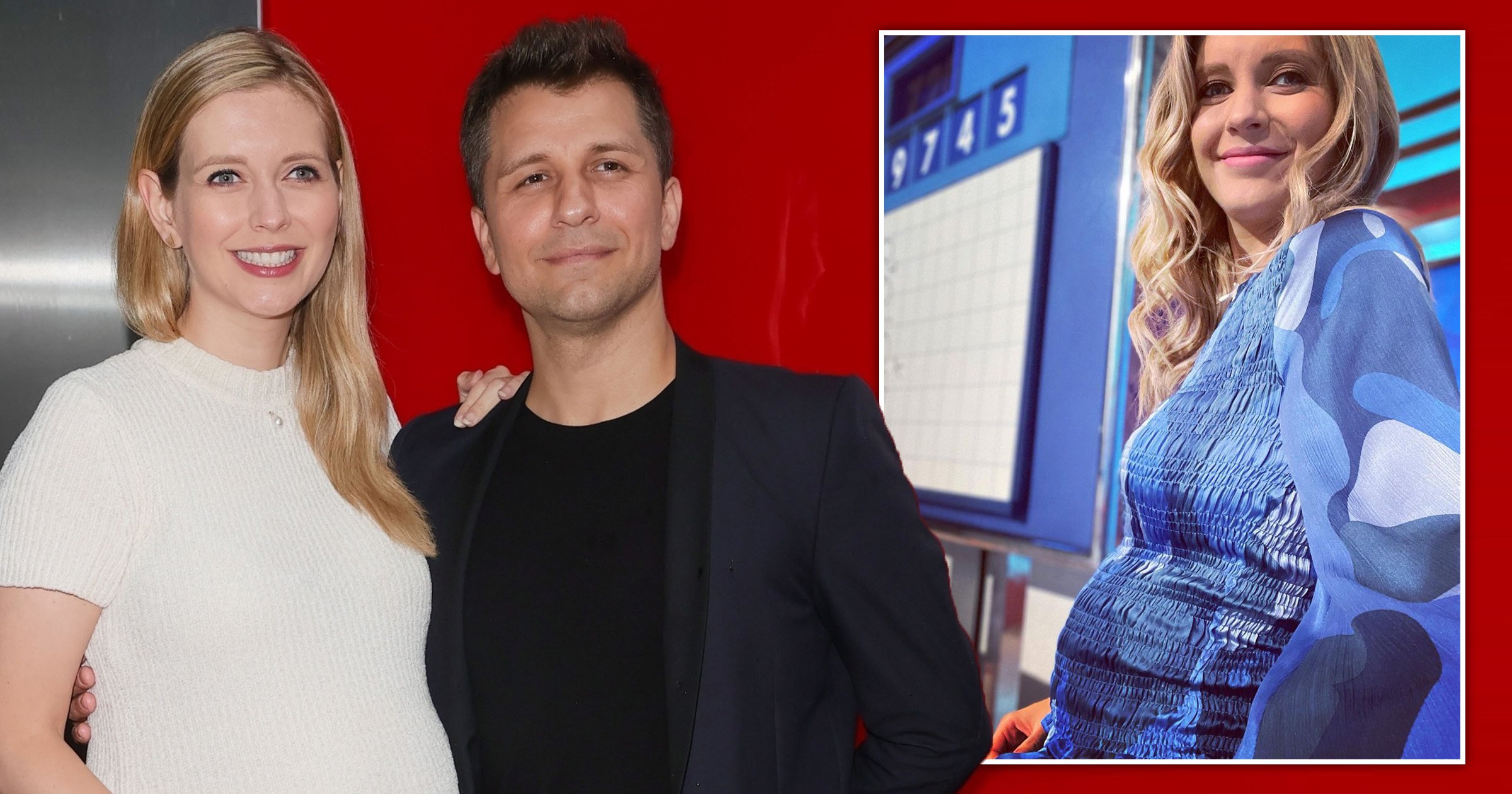 Rachel Riley and Pasha Kovalev are parents again after welcoming their second child together, a baby girl named Noa.

The couple are already parents to daughter Maven, who was born in 2019.

In a sweet statement to Twitter on Monday afternoon, the Countdown star shared some sweet pics of their newborn, after revealing the little one was overdue.

She wrote: ‘We have some news…!

‘Introducing @PashaKovalev’s newest dance partner – baby Noa was finally born, 15 days after her due date, late on Friday night to the sound of fireworks!

‘She’s totally adorable and her big sister Maven has already tried welcoming her to the world by offering Oatly and pickles, we think that’s a good sign.

In the photos, doting dad Pasha held up the new arrival, who was wrapped up warm, as a smiling Rachel looked on.

Charlotte Hawkins was one of the first to congratulate Rachael as the Good Morning Britain presenter wrote: ‘Ah wonderful news – big congratulations!!’

The star revealed in late October she had passed the 40-week mark, much like she did with her pregnancy with Maven, who was also two weeks late, however it still took over a week for Noa to join the family earth-side.

Rachel previously shared she was expecting her second child in April with the help of a clue on the Countdown board.

Alongside a photo of her touching her stomach, Rachel tweeted: ‘A special teatime teaser!

‘And it’ll only get worse till Autumn!

The TV star, 35, and professional dancer Pasha, 41, met on Strictly Come Dancing in 2013 when they were partnered together, and wed in Las Vegas in 2019 before Maven was born.

It was her second marriage after her split from Jamie Gilbert after 16 months together.

Speaking to Hello!, the couple opened up about being first time parents to their daughter.

The maths whizz said it was ‘gorgeous’ watching her husband as a father.

‘My friends always said when you love someone and you see them with a child… he is just amazing with her. He’s better with her than with me, I’ve got the secret weapon of boobs and he has to actually learn proper parenting.

‘She loves him, he loves her. Even when looking at a picture of her, his face just lights up – it’s gorgeous.’

At the time she revealed they were looking to expand their family and have ‘another little person to have Maven be friends with’.