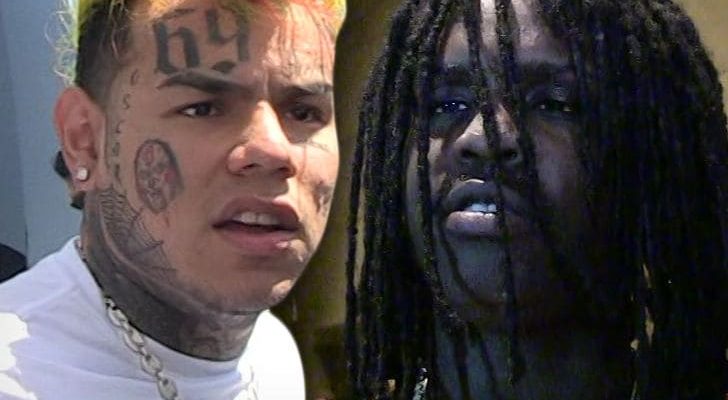 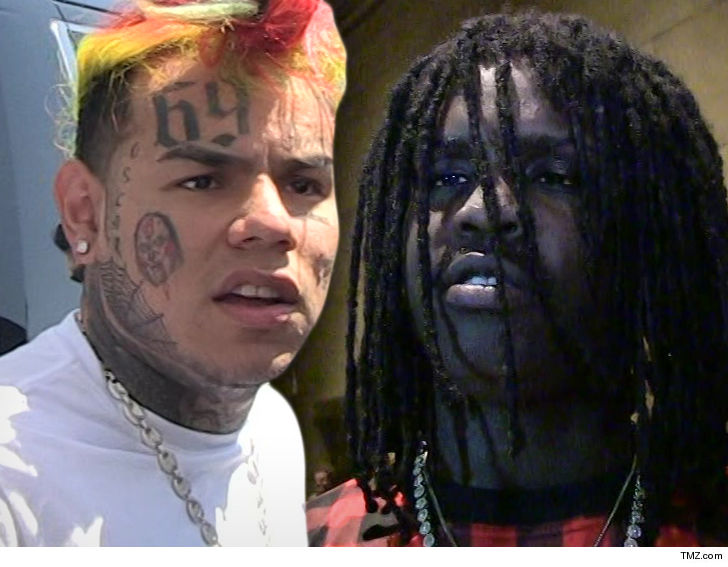 Tekashi69 ratted himself out — on video, no less — or at least that’s what police think after seeing a clip of him saying he had a “30 pack” on the head of Chief Keef‘s cousin — an apparent threat that lines up with an attempted shooting in NYC.

TMZ broke the story … Tekashi FaceTime’d Keef’s cousin, Tadoe, in late May and repeatedly asked for his location. The conversation went down on camera, in broad daylight, and we posted that video last week. At the end of the convo, the Brooklyn rapper clearly says, “I got a 30 pack on him right now, Blood.”

The translation, we’re told, is putting a $30k bounty on someone. Law enforcement sources tell us …  investigators working on the June 2 attempted shooting of Chief Keef are now convinced 6ix9ine ordered the hit.

As we reported, someone opened fire on Keef while he was outside the W Hotel in Times Square. We’re told Tadoe was standing nearby at the time — and the “30 pack” video changes NYPD’s perspective on the shooting.

One law enforcement source said, “This is no coincidence. We believe the video is directly related to the crime. We believe Tekashi69 ordered the hit on Tadoe — who we now believe is the intended target.”

Cops have 2 persons of interest in the Time Square incident, and one is a “known associate” of 6ix9ine.

No charges have been filed. An NYPD spokesperson declined to comment. We reached out to 69’s attorney, Lance Lazzaro, but no word back yet.