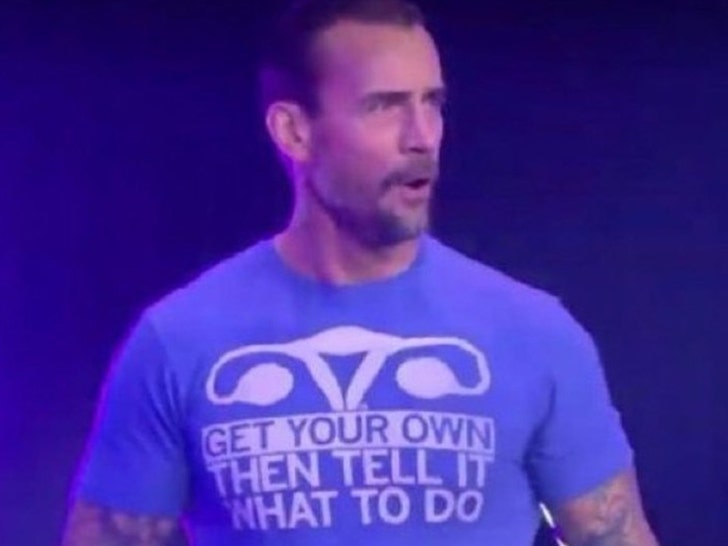 Wrestling icon CM Punk is not here for the Supreme Court’s alleged decision on abortion … emotionally clapping back at internet trolls in defense of women’s rights.

The AEW superstar shared a throwback pic of himself wearing a pro-choice shirt just hours after it was reported the SC took a private vote, which if made official, would overturn the landmark Roe v. Wade decision … which pissed off a number of his followers.

CM decided to share the hateful messages he got to his 922k followers on Tuesday … and he’s not holding back.

One message read … “Are you going to cry little bitch,” to which Punk responded, “A little bit, yeah.”

“For my wife, my sisters, for mothers and women who are helplessly watching their rights over their own bodies stripped away by elite, rich white, terrorist religious fascists. Being human means I cry when injustices masquerade as religious right. HER BODY, HER CHOICE.”

Another troll praised Punk’s wrestling skills and bashed his politics … and his response was short and sweet.

“Unfollow me. We respect women here.”

Punk did point out he’s getting much more love than hate in his DMs … saying, “And for every uneducated knob, there’s 20 great comments. Keep fighting!!”