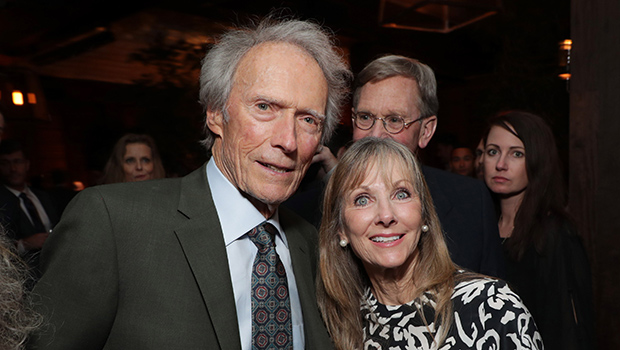 Clint Eastwood turned heads on Dec. 10 when he attended ‘The Mule’ premiere with all of his kids and posed for a memorable pic with his ‘secret daughter’ Laurie, who he allegedly fathered during a past affair.

Clint Eastwood, 88, was a proud father at the premiere of his new film The Mule in Los Angeles on Dec. 10. The legendary actor‘s eight children showed up to support him, including his alleged “secret daughter” Laurie Eastwood, who he publicly posed with for the first time. Clint’s youngest daughter Morgan Eastwood, 22, confirmed that Laurie is indeed her sister when she took to Instagram to share a pic of the whole Eastwood clan at the premiere with the caption, “SO RARE for all 8 Eastwood siblings to be in one room!!” Clint’s other daughter Alison Eastwood, 46, who he had with his first wife Maggie Johnson, 87, also posted the same incredible pic with the caption, “I’m not sure there has ever been a picture of all 8 kids together but here it is.”

In the pic with just Clint and Laurie, the father-daughter duo flashed smiles and looked comfortable together despite it being the first time they mingled together at such a public event. In addition to the premiere, Laurie was also seen enjoying a drink and chatting with Clint at a reception at the Regency Village Theatre. Clint is believed to have had Laurie when he was having a secret affair with a woman from Seattle during his engagement to Maggie in 1953. The alleged affair was first found out when biographer Patrick McGilligan spilled the beans about it.

“Clint has a way of bringing his progeny – his big extended family – together and he’s been doing this for a long time,” Patrick told Daily Mail on Dec. 11 about Clint’s recent family get together. “One of the things that’s interesting about him is that, after a certain point in time, they were no longer hidden from public view. He, in various ways, tried to be a father to them. He seems to be very comfortable with it, and I think to some extent that’s admirable.”

Along with the kids, Maggie and Clint’s younger girlfriend Christina Sandera, 55, also joined the star at the premiere. At one point Clint could be seen smiling and posing for pics while in-between Maggie and Christina as well as his kids, proving there’s no bad blood between the clan. In addition to Laurie, Morgan and Alison, Clint’s other children include Kimber Tunis, 54, Kyle Eastwood, 50, Scott Eastwood, 32, Kathryn Reeves, 30, and Francesca Fisher-Eastwood, 25.

It’s great to see Clint still doing what he does best, making movies, with a full support system to back him up!