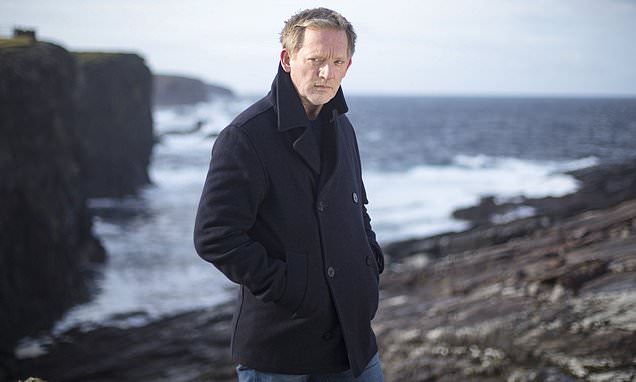 It’s tricky trying to be a cop when you’re a lover, not a crime-fighter: CHRISTOPHER STEVENS reviews last night’s TV

The Kennedy Who Changed the World

Here’s why a six-part serial beats a two-hour special, hands down. There’s so much more room for emotion.

Shetland (BBC1) and its Northumbrian counterpart, Vera, are both based on series of novels by crime writer Ann Cleeves.

Vera, with the barnstorming Brenda Blethyn as DCI Stanhope, is a Sunday night set-piece. Shetland, starring the understated Douglas Henshall as lonely DI Jimmy Perez, is tucked away in midweek.

Both dramas have remote windswept moors for their backdrop, and that’s no accident. If you’re an armchair psychologist (and all crime fans are), you can see a barren landscape as echoing the bleakness of human relationships, and every murder as the death of love. 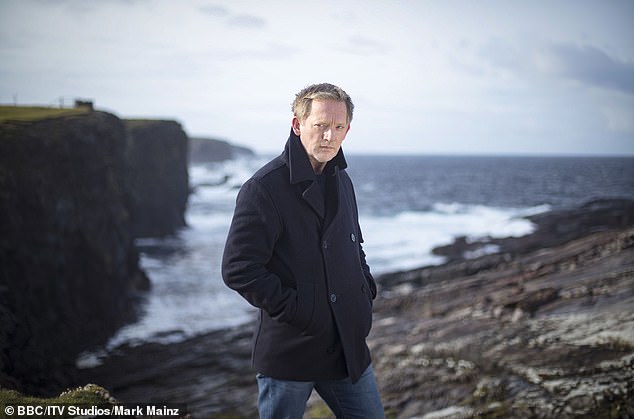 The emotional agonies on display in Shetland are absorbing, but the police procedures are slightly less convincing

Each crime solved is a metaphor, for a broken heart mended. Sherlock Holmes and Doctor Freud are on the case.

But there’s no room in a one-off episode to develop undercurrents of yearning and romance. That’s why Vera lives alone, and we know next to nothing about the private lives of her officers.

In Shetland, on the other hand, affairs of the heart are gradually taking over. It’s carnage up there — four murders, three abductions, and now Drunken Duncan (Mark Bonnar) has found another batch of bodies floating in with the tide. One minute he was staring at the Northern Lights, then he was hauling corpses up the beach.

Meanwhile, sad-eyed Jimmy has dared to love again, and broke off from the investigation to pledge his heart to his new girlfriend.

‘I can’t stay long,’ he said, and paused just long enough to update her on a secret operation to arrest people traffickers.

Next thing you knew, the crooks were on to his ruse. Surely he won’t end up betrayed and alone again?

In a low-key scene that contained more real drama than any amount of car chases, one murder suspect (Rakie Ayola) revealed the lifetime of abuse that had driven her to give up her children, for their own safety. Her testimony was so raw and abrasive it left blisters. 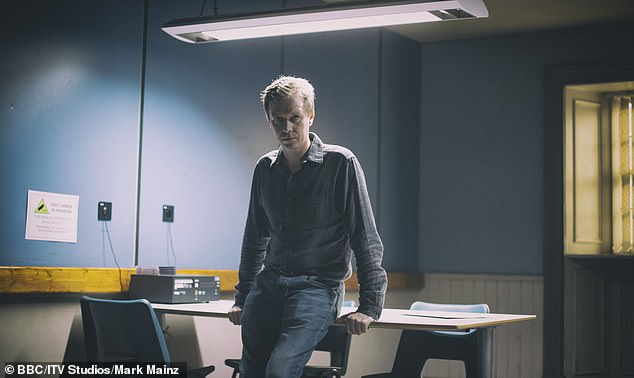 In ShetlanD affairs of the heart are gradually taking over. It’s carnage up there — four murders, three abductions, and now Drunken Duncan (Mark Bonnar) has found another batch of bodies floating in with the tide. One minute he was staring at the Northern Lights, then he was hauling corpses up the beach

The emotional agonies on display in Shetland are absorbing, but the police procedures are slightly less convincing.

Jimmy arranged his trap for the traffickers over the phone — but instead of using the mobile signal to pinpoint the criminals, he and his men hid behind a dry stone wall. Don’t be too harsh on him. He’s a lover, not a crime-fighter.

For sheer emotion, The Kennedy Who Changed The World (BBC2) took gold medal.

This documentary tracing the work of JFK’s sister, Eunice, and the Special Olympics has been available on iPlayer all month, which perhaps explains why it was hidden away far too late in the schedules. Inspired by the tragic case of her own sister Rosemary, who spent most of her life in institutions, Eunice campaigned fervently for decades.

She used sports to defeat prejudice and promote the rights of people worldwide with all kinds of learning difficulties. 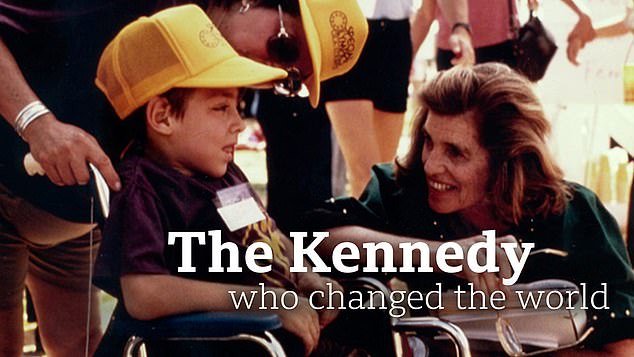 For sheer emotion, The Kennedy Who Changed The World (BBC2) took gold medal

As the father of a young man with profound autism, I am hugely grateful to her for changing the way the world treats people like my son — and her ferocious determination is an inspiration.

Eunice Kennedy should have been at the forefront of that show.

Her admirers were queueing up to pay tribute. ‘There are so many disturbing things going on today,’ said former President Bill Clinton, ‘and this is nothing but good, just raw energy for good.’

RECYCLERS OF THE WEEK: Contestants on The Great British Sewing Bee (BBC2) were turning old curtains into dresses. ‘I’m off to make a pair of shorts out of carpet,’ quipped presenter Joe Lycett. Mind you, his jumper looked like an ex-tea cosy.