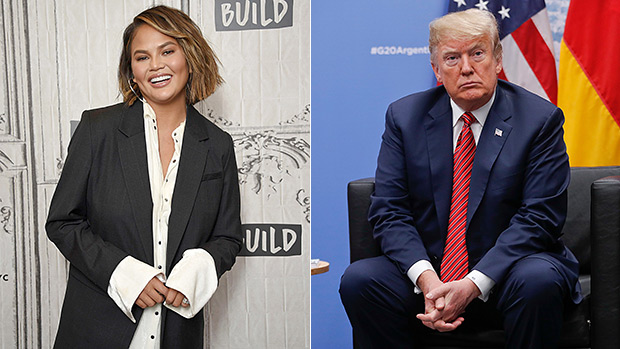 Twitter users think President Donald Trump, 72, has invented yet another word (this time, a person) after his latest typo on Dec. 3! Trump ranted that Michael Cohen, 52, should not get off scot-free after his terminated personal lawyer argued for no prison time in a court filing on Nov. 30, who pleaded guilty to lying to Congress among other crimes, The Washington Post reported. But the POTUS turned “scot-free” into a proper noun, to Twitter’s amusement: Scott Free! “’Michael Cohen asks judge for no Prison Time.’ You mean he can do all of the TERRIBLE, unrelated to Trump, things having to do with fraud, big loans, Taxis, etc., and not serve a long prison term?” Trump wrote in his Monday morning tweets. “He makes up stories to get a GREAT & ALREADY reduced deal for himself, and get….his wife and father-in-law (who has the money?) off Scott Free. He lied for this outcome and should, in my opinion, serve a full and complete sentence.”

Trump wants a harsher sentence for his ex-attorney, and Twitter users want the POTUS to use spell check! “F***ing dumbass thinks Scott Free is a person,” Chrissy Teigen, 33 — who is blocked from Trump’s profile — tweeted. And many others had the same mindset as the Sports Illustrated model and Twitter queen, as they responded to Trump’s attack with their own hilarious replies and GIFs. “Scott Free is innocent,” one person tweeted. Another person poked fun at Michael’s confession about lying to Congress over the extent of Trump’s role in allegedly building a tower in Moscow, Russia on Nov. 29. “Who is this ‘Scott Free’? Is he a new figure in the Russia investigation?” the Twitter user wrote. A third user took another personal jab at the commander in chief, tweeting, “For all those asking Scott Free is the brother of Trumps’ accountant: Tax Free.”

Even the dictionary threw shade at Trump! “We say ‘scot-free,’ rather than ‘Scott Free,’ because the word comes from the Old English scotfreo meaning ‘exempt from royal tax,’” Dictionary.com’s Twitter account wrote on Monday. If Chrissy Teigen and Dictionary.com come after you, we think it’s best to archive those tweets.

Trump’s former attorney has also pleaded guilty to “multiple counts of tax evasion, lying to a bank, and campaign finance violations” in August, according to CNBC. But it looks like fans are waiting on the president to plead guilty to his affinity for typos!