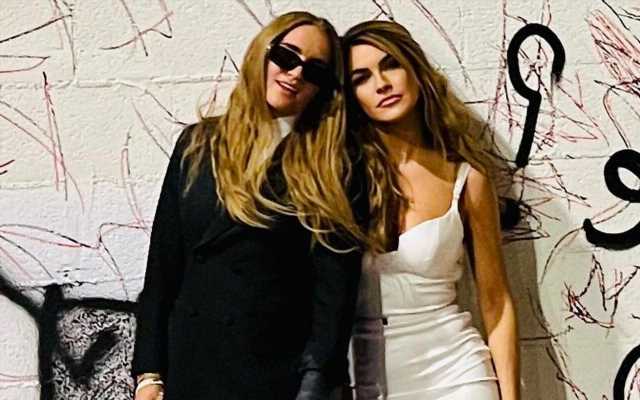 The ‘Drink Too Much’ star reveals secret to maintaining their long-distance relationship with the ‘Selling Sunset’ member as the musician often travels overseas.

AceShowbiz –Chrishell Stause and G Flip managed to make their long-distance romance work. Currently residing in the Hollywood Hills in Los Angeles, the 41-year-old reality star has managed to maintain a relationship with G Flip, 28, with “a lot of phone calls” and FaceTime sessions while the rapper makes the monthly trip back to their native Australia.

“Me and my wonderful partner, we make our schedules work, and sometimes she comes on the road with me on tour or she’ll come to Australia,” G Flip told UsWeekly.

“But we always make it work and definitely [have] a lot of phone calls and FaceTimes [whenever we’re apart]. I actually moved to [Los Angeles] in September last year so I’ve been living in LA since then. But I’ve so far done seven trips back to Australia already in this one year. So I go back quite a lot. It’s like every month or so I’m back there.”

The “Selling Sunset” star was previously married to “This Is Us” actor Justin Hartley from 2017 until 2021 and recently explained that she and the “Drink Too Much” hitmaker – who chooses to use they/them pronouns – met when she was asked to make a cameo appearance in the music video for “Get Me Outta Here”.

She said, “I recently have been spending a lot of time with someone that’s very important to me. Their name is G Flip. They’re nonbinary, so they go by they/them [pronouns.] And they are an extremely talented musician.”

“It started because I was just going to be in their video. And it’s about this chaotic love story. I come from soaps, I love acting. And with the job that we have, I don’t always get to do it. At first of course I was like, ‘Yes, let’s do that!’ “