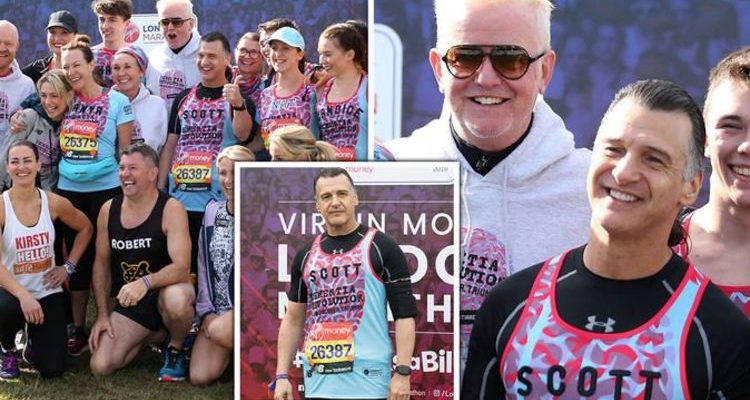 Chris Evans, 53, looked raring to go as he smiled away in a group shot ahead of the 26.2 mile race.

The Virgin Radio host joined Team Barbara’s Revolutionaries runners, who are taking part to raise money and awareness after Dame Barbara Windsor was diagnosed with Alzheimer’s four years ago.

The presenter beamed away with the EastEnders stars plus Dame Barbara’s husband, Scott Mitchell.

On Friday, it was revealed fans had raised more than a staggering £100,000 in aid of dementia research.

Dame Barbara thanked the public, her husband and the runners for meeting the fundraising target.

Discussing the immense support for her cause, Barbara said: “I am truly overwhelmed by the generosity of the British public in helping Barbara’s Revolutionaries raise a staggering £100,000 towards the Dementia Revolution so far.”

In reference to the efforts of the team, Barbara added: “I am so touched that Scott and the rest of the wonderful team of ‘Barbara’s Revolutionaries’ have taken on this marathon challenge for me and the 850,000 people living with dementia.”

She continued: “I’m heartened by every single donation that has been made – however big or small.

“Your messages of support and encouragement mean so much to me. Thank you, from the bottom of my heart.”

Other stars competing at this year’s London Marathon include Countryfile presenter, Helen Skelton. 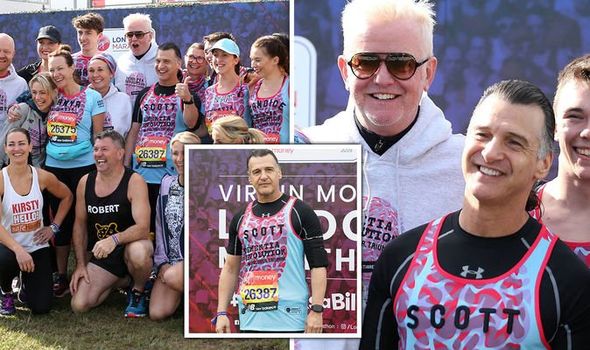 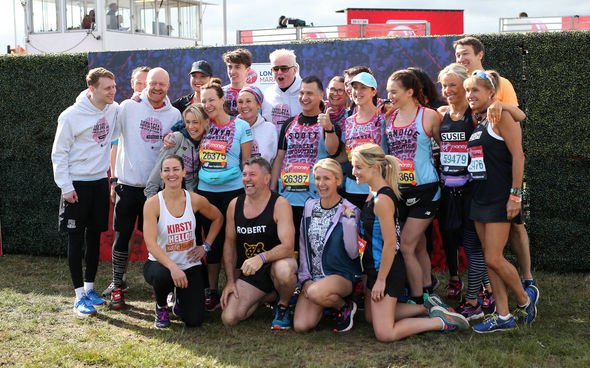 The mother-of-two is running to raise money for prostate cancer and said it was a cause “close to her heart”.

Helen, 35, uploaded a picture of herself in her vest ahead of the race and said: “If I squint you can’t see the fear in my eyes…. london marathon pending. A couple of months ago my son asked me ‘to get fit like a ninja’ so when @stevecramtraining offered me a London marathon place on 1st Feb I thought why not.

“I haven’t run since before I had my boys and I forgot how demanding training for a marathon can be so who knows how Sunday will go!

“It won’t be swift and it won’t be easy but it will get done. Standing on a marathon start line is always humbling and I get a buzz out of seeing people take on a challenge.”

She continued: “I am running for a cause close to my heart, one that has affected my family and I hope it never touches your life. Good luck runners! If you’re cheering thank you in advance! 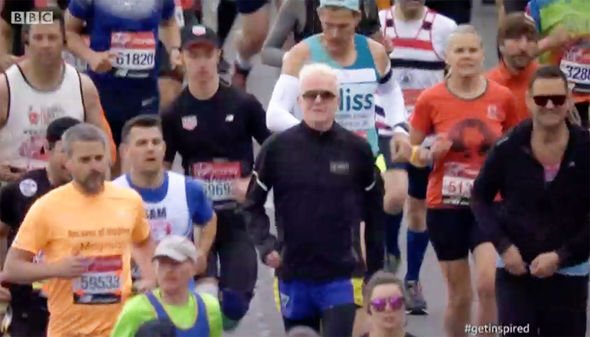 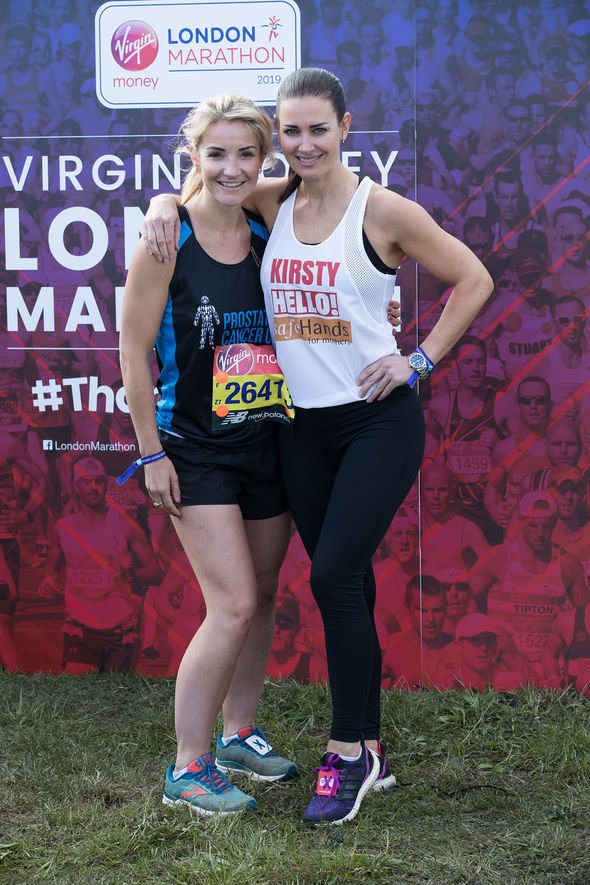 “If you would like to sponsor me thank you! xx (Link in bio).

Kirsty Gallacher is also running the London Marathon in aid of SafeHands for Mothers and Candice Brown is supporting Dementia Revolution.

More information about the campaign at: www.dementiarevolution.org