Chris Brown, 32, and Ammika Harris‘ baby boy Aeko Catori Brown, 19 months, is growing up way too fast. In her latest social media post, Ammika, 28, shared a cute video of her son rummaging through some toys in a store as the mother-son pairing spent a fun day together shopping. Aeko picked out a couple toys that were for his liking and brought them over to the German model, who was recording the adorable adventure with her son on her phone.

Ammika and Chris welcomed Aeko on Nov. 20, 2019. Over the past months, Ammika has shared an abundance of heartwarming footage of Aeoko on her Instagram account. On May 12, she captured a video of her son replicating his dad’s love of cars as he adorably drove a blue and white kid’s car out of a store in Germany. Chris’ most recent social media upload of his son came on May 20, when he shared a video to his Instagram followers of Aeko dancing to music in a living room while being cheered on by two women. “Big steppa,” the singer captioned the video.

Chris was unable to see his son often over the past year due to the COVID-19 pandemic. Ammika and her son had traveled overseas to visit her family in Germany when lockdown occurred. Meanwhile, Chris remained in the United States. In October 2020, the family of three finally reunited for a vacation to Mexico, where they enjoyed some quality time in the sand and sun. It’s unclear if the on-off couple are back together, or if they’re amicably co-parenting. Chris is also dad to daughter Royalty Brown, 7, from a previous relationship with Nia Guzman. 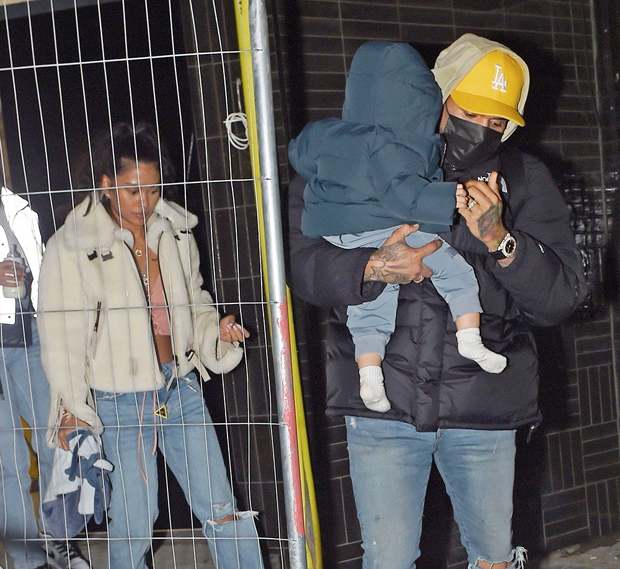 The “Forever” singer recently got himself into hot water with the law once again. On June 18, he was accused of hitting a woman during an argument. According to TMZ, Chris was not arrested or charged in the alleged incident, and the alleged victim was not injured. A spokesperson for the LAPD told HollywoodLife that they could not “confirm Chris Brown is a suspect in any of our criminal investigations because we don’t confirm suspects unless they are booked.”