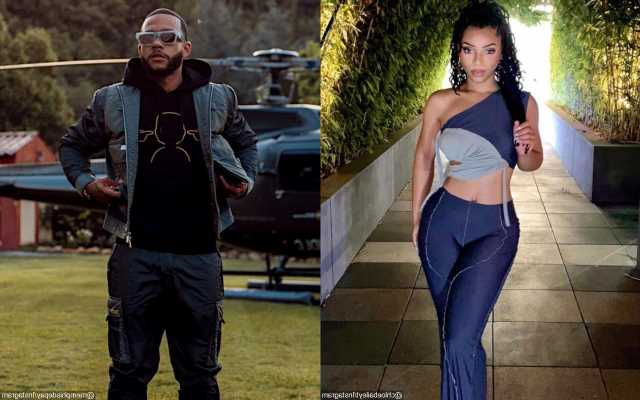 The one-half of Chloe x Halle gets candid about her relationship status when asked by a fan during an Instagram Live session if she ‘messed around’ these days.

AceShowbiz –Chloe Bailey has opened up about her love life amid her growing career. Having been hit with dating speculation involving Dutch soccer star Memphis Depay, the singer/actress has set things straight about her current relationship status.

During an Instagram Live session, the 23-year-old said she is single and has no time to mess around with anyone. “Honestly I don’t. . .,” she said when a fan asked if she “messed around” even though she is single.

The “Black-ish” star further stressed on her relationship with music, “Music is my man. I come home to him every single night and I love it. He’s faithful to me. He loves me. He makes me promises he can keep. We are making our dreams come true together. So I’m in love. . . I’m in love right now with music.”

Chloe and Memphis sparked dating rumors with their social media interactions. Back in January, the 27-year-old athlete posted of a photo of him in Chloe in the studio. Chloe fueled the speculation as she wished her rumored boyfriend a happy birthday by sharing a photo of the two on Instagram on what appeared to be a private jet in February.

As she has never responded to the dating speculation, she was recently reported to be romantically linked to another male celebrity. An anonymous source told Deuxmoi earlier this month that the one-half of Chloe x Halle was spotted with Jack Harlow in Atlanta. They reportedly entered a private room at Italian restaurant Valenza for their supposed dinner date.