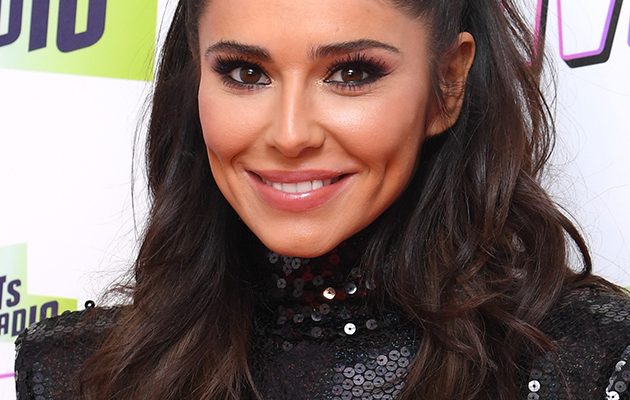 Cheryl may have dealt with a load of criticism following the release of her comeback single last month, but she’s definitely not going to let that stop her from doing what she loves.

And the former Girls Aloud singer was in her element yesterday when she hit the rehearsal studios for an upcoming gig in London.

Preparing for this weekend’s Jingle Bell Ball, Chez shared a backstage glimpse of what fans can expect from the huge performance.

Posting a quick video on Instagram, the 35-year-old can be seen dressed down in a white tracksuit top looking fresh faced with minimal make-up.

As she spun the camera around to show her dancers, Cheryl casually told fans: ‘I am just in rehearsals for Jingle Bell Ball with my beautiful crew. Exciting.’

Meanwhile, another video also shared on Instagram sees the mum-of-one – who shares baby Bear with ex Liam Payne – rocking a pair of denim hot pants and crop top as she posed for the camera.

Modelling her new line of Easilocks hair extensions, the star can be seen shaking her long brown locks from side to side in the studio, as she wrote: ‘When @[email protected]_sullivan asks you for hair movement… you give it to him.’

Cheryl’s London gig is taking place at the O2 Arena on Sunday and she will be sharing the stage with massive acts such as Little Mix and Clean Bandit.

This will be the star’s fourth show since she made a return to the music industry, after singing her new track Love Made Me Do It on the X Factor, Hits Radio Live gig and for The Graham Norton Show audience last week.

But the Geordie singer hasn’t exactly had an easy transition back into work, after the performances were ridiculed by cruel trolls on social media.

Luckily, Chezza doesn’t seem to care one bit as she recently shared a super sassy video on Instagram along with the caption: ‘Walking away from negativity like…’