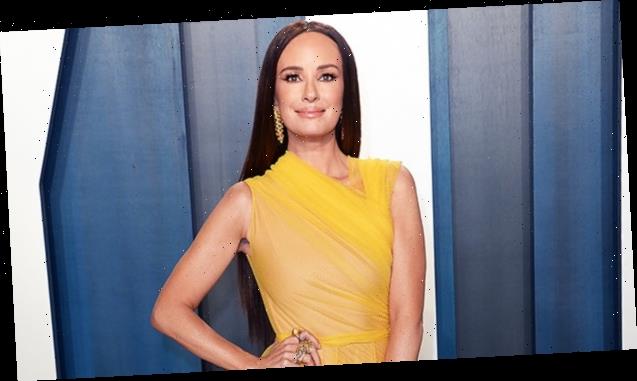 Catt Sadler quickly took to her large social media audience to stand as a fierce ally for the BLM movement as protests erupted following George Floyd’s murder. She spoke to HL about why she ‘didn’t hesitate.’

Catt Sadler has always been a fervent supporter of women’s rights and equality, and has been especially outspoken since she left her on-air position at E! News after learning her male colleague was making double her salary. Now, Catt, who now hosts the ‘NAKED’ podcast, has continued to use her voice and platform to bring light to other systemic injustices — most recently, racism. “I was just so outraged,” Catt told HollywoodLife.com in an EXCLUSIVE interview. “After learning about George Floyd and seeing the video, and then the incident in Central Park, the fury inside of me was so real that I didn’t have a choice. It was like this light bulb went off.”

Catt explained that she was “way past the point” of fearing she might “lose followers or offend people.” “My actions have to align with my beliefs, and my beliefs are that we have a lot of very real work to do in this country, to change things and to change things for good,” she said. “It wasn’t anything I had to deliberate and I will continue to do it. I have to keep speaking up and keep my foot on the gas and that is my pledge.”

The NAKED podcast host participated in the Share The Mic Now initiative, where herself and several other white women shared their platforms and their audiences for the day with an array of black female artists, activists, writers and leaders. “I felt gratified because I felt like I was being used. Like I could use my space, because through all of these protests and through all the recent pain that our country is going through, I just felt helpless,” Catt explained. Her Instagram was taken over by Danielle Young, a writer, host and digital maven.

“It was so beautiful because she took her time on my platform to then amplify the voices of her own colleagues in the media,” Catt revealed. “We are so used to following our little bitty bubble of our little circle. So when I was watching Danielle and her introducing me to all these women, I was like, ‘these women are so kick ass!’”

Catt spoke to HollywoodLife.com to discuss her latest partnership with Depend. Catt collaborated with the brand to get real about her struggle with incontinence and breaking the stigma that surrounds it. “I was charged to have this partnership because I myself — and it’s not something I’ve ever said publicly until now — but I have suffered, after two kids, from some leakage, whether it’s when jumping on my trampoline or doing jumping jacks at the gym,” she said. “I just felt an obligation to share some about my story and learn more about incontinence and how it affects about 65 million Americans.”

To keep the conversation going, Catt was joined by her mom, Linda Rendleman, on her NAKED podcast to discuss more on the topic. “We talk about aging and we talk about some of the challenges that come along with it,” she explained. You can listen to the full podcast episode out now!

B-Girl Sunny Heads to the Red Bull BC One World Final
We and our partners use cookies on this site to improve our service, perform analytics, personalize advertising, measure advertising performance, and remember website preferences.Ok