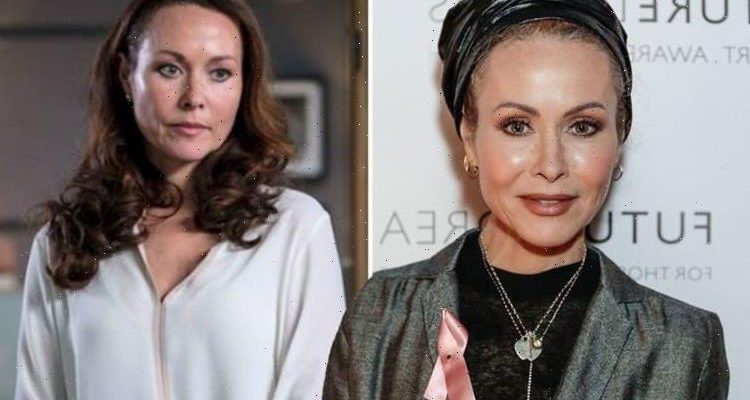 Amanda Mealing is currently on a break from playing her long-running character Connie Beauchamp. Ahead of Casualty returning to screens, fans have been calling for her to return to her BBC role.

The tweet read: “#Casualty35. The new series begins Saturday 8.45pm on BBC One.”

One wrote: “Connie return to save Jacob (Hay, played by Jack Ryan)????”

A second commented: “I think everyone needs Connie back on their screens at this point.”

A third added: “Really think Jacob needs you at the moment.”

“We miss you @meamandamealing,” a fourth penned.

Amanda has been a fan favourite on the show for almost seven years.

Back in April, she explained why she had decided to go on hiatus.

“It can be full-on,” she told Digital Spy.

“My spare time is also taken up with directing and making short films for my production company.”

The actress added she was “very tired” and had enjoyed catching up on sleep.

Before joining Casualty, Amanda was also a regular on Holby City for 11 years.

Most recently, it was revealed she had joined Coronation Street as a director.

Last month, she reacted to the Queen visiting the famous Weatherfield set.

Taking to Twitter, Amanda wrote: “Well, not often HRH herself pops in to my work! Ha!”

Her Majesty, 95, was given a tour of the soap’s studios in Salford, Greater Manchester, which included a stop off at the Rovers Return pub.

During her trip, the Royal said it was “rather remarkable” that the soap had been running for 60 years.