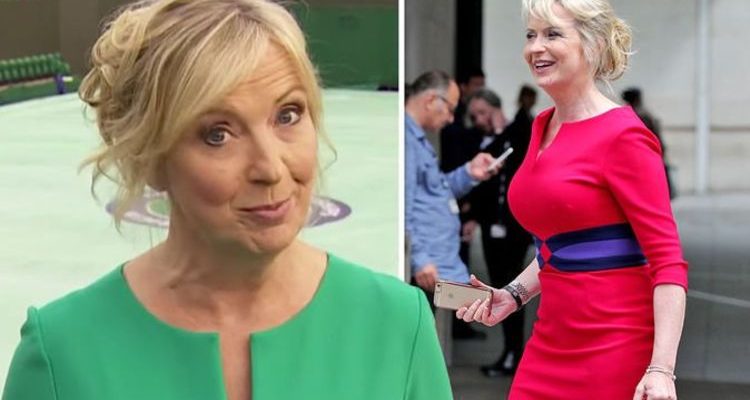 Carol Kirkwood, 57, is a fan favourite on BBC Breakfast and a staple part of the BBC’s weather coverage. The broadcaster famously isn’t allowed to promote brands in its content. Earlier this month, one BBC Breakfast viewer thought the noticed Carol flouting the rules in an unorthodox manner. They wrote on Twitter: “@mrsdanwalker @carolkirkwood just said BBC don’t endorse brands.”

“That’s the Audi badge she’s wearing,” they added, alongside a picture of Carol on-screen.

In the shot, she could be seen presenting the weather forecast from Wimbledon.

Clad in a figure-hugging monochrome dress, she highlighted her hourglass curves by cinching in her waist with a thick black belt.

The belt, however, had a statement detail clasp which consisted of four metal rings overlapping, strikingly similar to the logo of the famous car company.

Carol appeared to see the funny side of the unintentional likeness, but denied the claim it was in fact the logo. 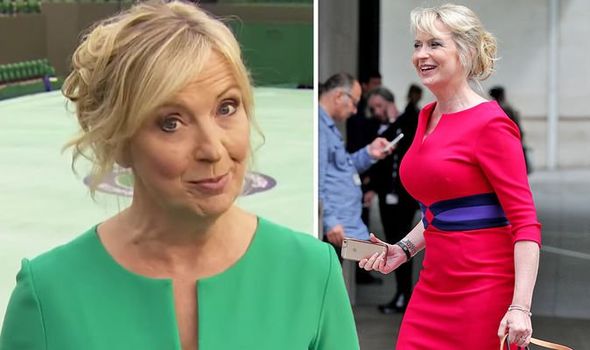 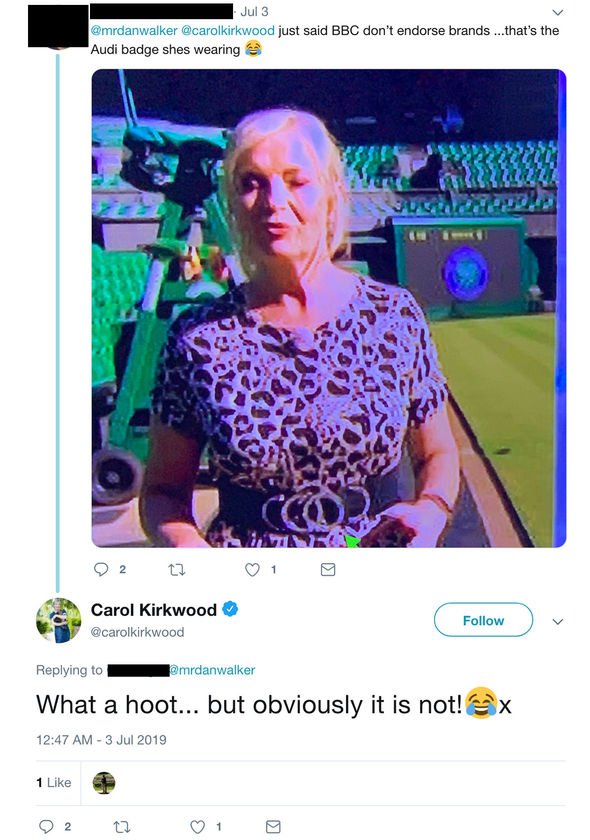 The fan was quick to write back, complimenting Carol: “Anyway always looking great!”

Another viewer agreed, asking where she had purchased her patterned dress from.

“It is from Primark,” the presenter replied, thanking the fan for their compliment.

She was quick to respond to a Twitter user to pointedly asked if her ensembles were funded by licence fee payers at home. 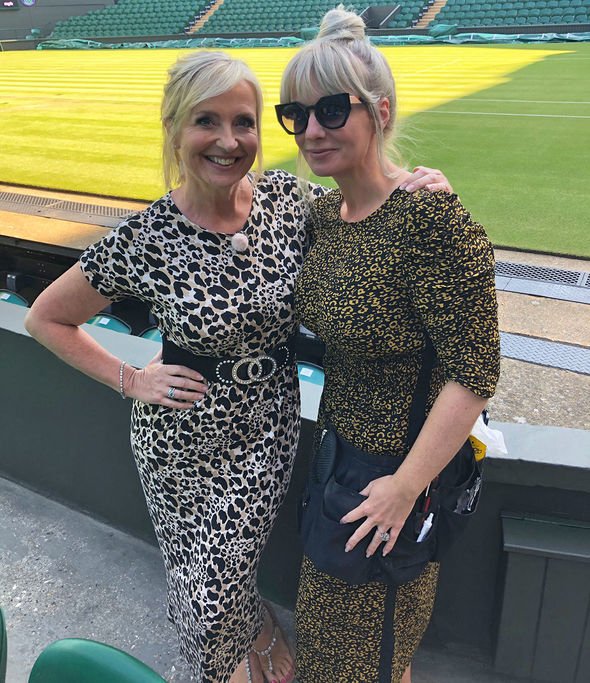 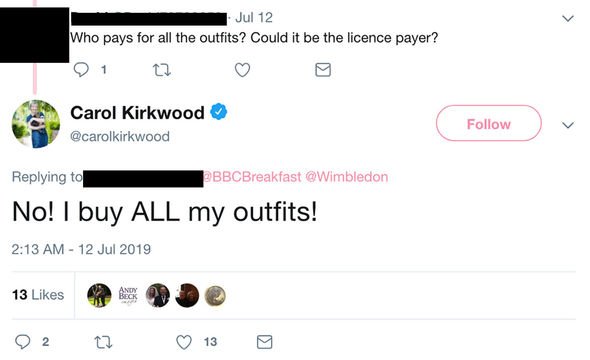 “Who pays for all the outfits?” they asked. “Could it be the licence page?”

Instantly putting speculation to rest, Carol tweeted back: “No! I buy ALL my outfits!”

Her army of fans flocked to the comments section to share their support, with one saying: “Carol’s a legend.”

“I love that dress,” another added, while a third chipped in: “Fabulous lady. Wouldn’t be the same without her.”

BBC Breakfast airs weekdays at 6am on BBC One.