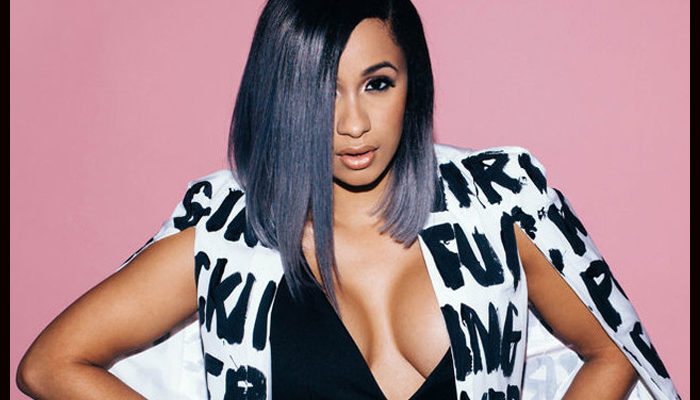 Rapper Cardi B‘s estranged husband Offset interrupted her during her Rolling Loud set at the Banc of California Stadium in Los Angeles on Saturday in a desperate attempt to win her back.

The Migos rapper showed up during Cardi B’s headlining set at Rolling Loud festival with three boxes of lavish floral arrangement that spelled out “TAKE ME BACK, CARDI.”

Offset then offered a bouquet of white flowers to Cardi B in an attempt to try to win her back. Offset also said into the mic, “in front of the world, I love you.”

Cardi B, who was caught by surprise, exchanged few brief words with him in private. The production crew quickly cut Offset’s mic and also dimmed the lights.

Earlier this month, Cardi B had announced that she and her husband have split just a year after their marriage.

The rapper made the announcement in a video that was posted on her Instagram, along with the caption “There you go..peace and love.”

The couple had secretly married last September in Atlanta and have a daughter together, Kulture Kiari Cephus.

Tariq Cherif, one of the co-founders of Rolling Loud, told People in a statement, “Headliners and their teams have full control of the stage and who is allowed on it during their set at Rolling Loud. The festival does not interfere with or influence a headliner’s set list. We have never and will never do anything to change a headliner’s set. We were tipped off that something was going to happen, but had nothing to do with the organization or execution of it.”

Added Cherif, “Rolling Loud is proud to provide the platform for a queen like Cardi B to absolutely slay her performance. Despite the stunt, she performed hit after hit and electrified the crowd with her talent, energy, choreography, and set design. Cardi B proved herself as a top tier headliner last night, and that should be the story. We look forward to continued business with her in the future.”