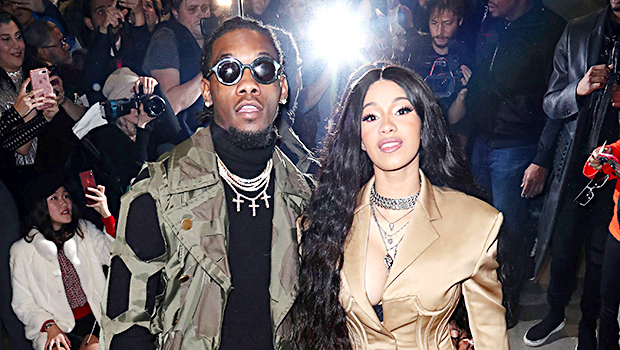 Cardi B was not having it when her estranged husband Offset surprised her on stage during her performance in L.A. on Dec. 15 and begged her to take him back. Find out why his wild tactic didn’t work here.

Offset, 27,has been going to extreme lengths to win back his estranged wife Cardi B, 26, and he proved that when he crashed her set at LA’s 2018 Rolling Loud festival on Dec. 15 and went on stage begging for her love. The bold act didn’t seem to impress Cardi, however, and he was left to walk off the stage alone and upset after she denied his attempt. “Cardi was not impressed, at all, by Offset crashing her stage to declare his love for her and beg her to come back to him,” a source close to Cardi EXCLUSIVELY told HollywoodLife. “In fact, Cardi was pissed, she thought it was disrespectful, and that it was a move that showed her he thinks more about himself and his public image than he does about her.”

It turns out that Offset’s latest attempt to win back the mother of his five-month-old daughter Kulture may have done the exact opposite and ruined any chance he may have had. “Cardi had started coming around to the idea of getting back together with Offset, but coming on to her stage and taking over like he did, he totally sabotaged himself,” the source explained. “In Cardi’s mind, yesterday proved that it’s all about Offset, all of the time, that he has no respect for her and what she wants or for her career, and she believes she deserves better.”

Cardi first announced her split from Offset in a video she posted to Instagram on Dec. 5 and although she admitted they’re not together anymore, she said they still had love for each other and were good friends because they have Kulture. She also took to Instagram to post another video after Offset crashed her set and asked for people to stop bullying him online.