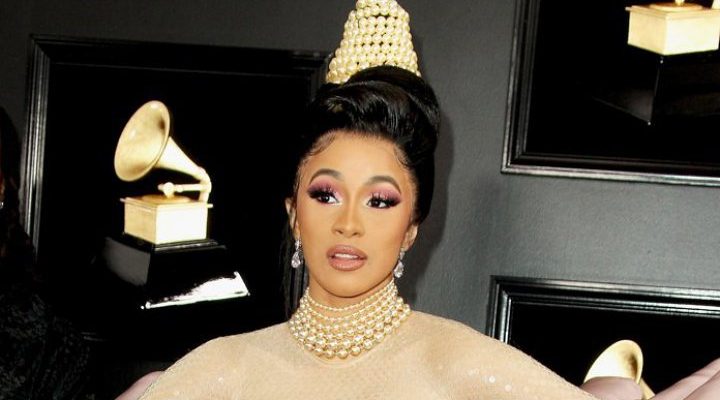 AceShowbiz -No holds barred for Cardi B when it comes to sharing about her personal life to her social media followers. The 26-year-old rapper, who often makes racy jokes, recently posted an NSFW video from her vagina hair removal process.

The “I Like It” hitmaker posted on Instagram Stories on Friday, April 26 the video showing her private part getting groomed, albeit getting censored. She held her camera phone to capture her reflection in the mirror, while an esthetician performed the procedure.

“[Getting] my f**king vagina lasered,” she said in the video. “I’m not going out hairy, I’m not shaving p***y, nothing!” She mentioned the Rejeve Face & Body Spa in New York City, where the procedure was performed, on the video.

Some fans seemed to be amused by her post. “Social media was created so that I can start my mornings watching @iamcardib get her vagina lasered,” one quipped. Another simply praised Cardi as “My KWEEN.” Another commented, “@iamcardib ‘s instastory got me in tears #vaginalaser.”

Another user, however, was disgusted by Cardi’s move to share the video, writing, “can she stop being so disgusting.”

This is not the first time Cardi shocked her followers with NSFW video. Back in December 2017, she shared a video that suggested she and Offset engaged in sexual act. In the Live video, the Migos member appeared to perform simulated sex on her while she said, “I don’t got no more in me left. You gotta give a whole hour.” The Bronx raptress later clarified that it was a joke, writing on Instagram Stories, “I was fully clothes on live, I was not f**king on live! Yaaa can’t be that slow!”

The mother of one shared the fake sex tape in response to the leak of her nude videos. She responded to the leaked nude videos, “People keep posting the nude videos of me like if i wasn’t a stripper before You know there’s videos of me stripping with my titties & ass out on YouTube already right ?anyways i know i know i got a nice body right. I’m just going to make things positive out of a bad situation.”