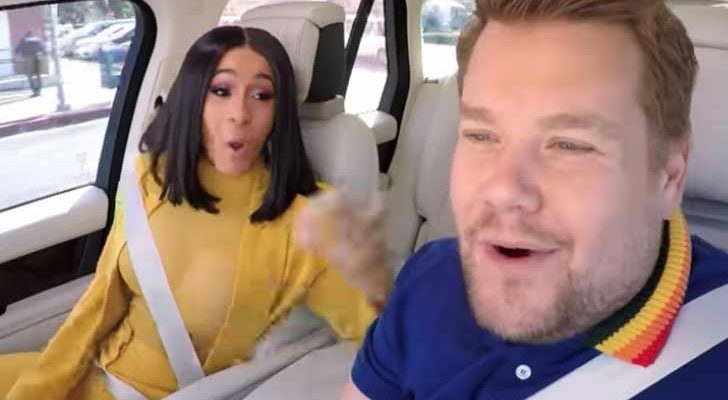 Cardi B was James Corden‘s latest copilot for “Carpool Karaoke” … and she did NOT disappoint.

The Bronx MC rode shotgun on the ‘Late Late Show’ host’s newest singing segment, where the two of them ran through a medley of Cardi songs and mostly rapped ’em … complete with water bottle microphones and out-the-window hype. Just watch …

There were also a few surprises along the way … like James giving Cardi an impromptu driving lesson (with hilarious results) and Cardi getting hit on by an old timer.

Unclear when exactly this was filmed, but there’s no mention of all the Offset drama Cardi’s been dealing with lately.