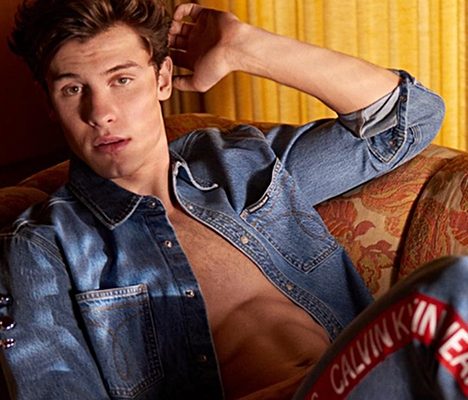 Calvin Klein is back with another fashion campaign that relies on steamy footage of popular young stars showing off their half-naked bodies to sell clothes. But, hey, why fix a decades-old approach when it’s not broken, right?

Shawn Mendes created a stir earlier on social media last weekend when he posted just a couple hot snaps that will be used in the campaign. The first official video clip released by CK today confirms that Shawn will be joined by “three other faces” for the label’s big spring fashion push: model Kendall Jenner, actor Noah Centeneo and rapper A$AP Rocky.

You can check out the first video of the campaign, as well as the first four official — and very sexy — pics of its spring faces, below.