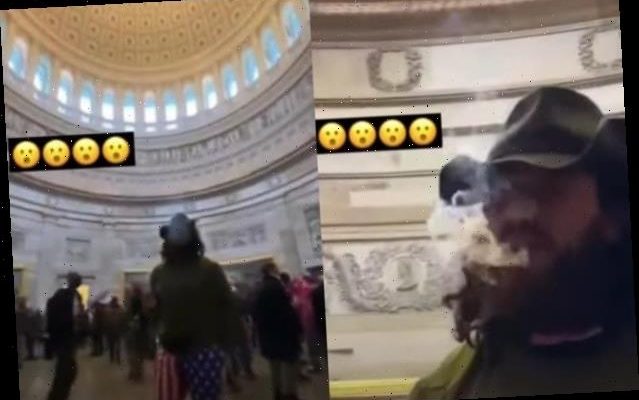 Eduardo Nicolas Alvear Gonzalez is accused of declaring “it’s time to smoke weed” in the Capitol rotunda during the riot, and acting on it 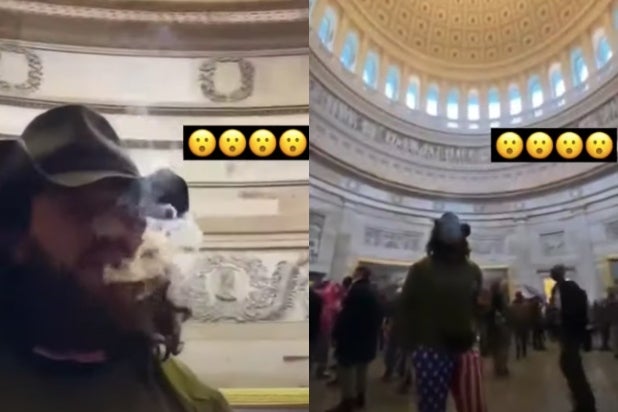 A man seen in footage from January’s Capitol riot wearing star-spangled pants and announcing his intention to smoke weed in the rotunda has been identified as Eduardo Nicolas Alvear Gonzalez, according to court documents.

The California man was arrested this week.

The man believed to be Gonzalez was seen in clips from the violent riot, which left five dead, holding what looks like a joint and yelling, “It’s time to smoke weed in here!”

Prior to Gonzalez’s arrest, he was dubbed the “doobie smoker.” According to a criminal complaint reviewed by TheWrap, he was identified and turned in to the FBI by a family member who saw the associated “doobie smoker” videos. From there, the FBI found footage of the man they believe to be Gonzalez in not only the background of a Snapchat user’s story from within the Capitol, but also on a Zoom call Gonzalez broadcast online.

The complaint referenced one of the videos in which the “doobie smoker” was asked, well, why he’s smoking a doobie in the Capitol. “Freedom,” he replied.

Gonzalez was arrested this week in Virginia, where, according to the complaint, he had been renting a place to stay since the beginning of the year, right before the Jan. 6 riot.

A lawyer for Gonzalez was not immediately available.