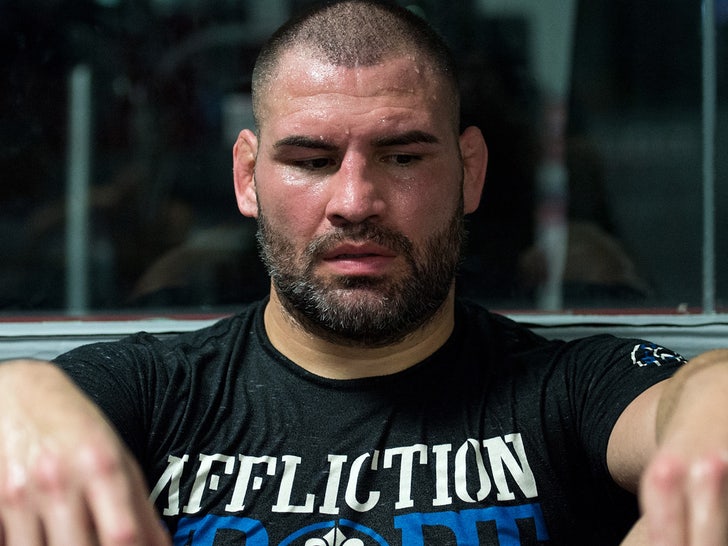 Cain Velasquez will remain behind bars for the immediate future … a judge just denied the UFC legend’s request for bail.

In announcing her decision at a hearing in a Santa Clara County courtroom on Monday, judge Shelyna Brown said “the risk is too great” to release Velasquez from custody.

Cain — who showed up to court in shackles and a black and orange jumpsuit — is now expected to stay in a cell until at least his next court date, which is currently set for mid-April.

As we reported, Velasquez is facing 10 criminal charges — including one count of felony attempted murder — after authorities say he tried to kill Harry Goularte, who’s been accused of molesting one of Cain’s close relatives.

In court documents, officials say Cain rammed his truck into a car carrying Goularte and family members on Feb. 28, and then fired his gun into the vehicle. Officials say Goularte’s stepdad was struck in the gunfire.

Velasquez has received support from many since his arrest — with Ronda Rousey, Joe Rogan and UFC fighter Derek Brunson all publicly defending the MMA star.

In fact, several Cain supporters were seen outside of the courthouse on Monday, pleading with officials to release him from custody.

The 39-year-old is facing decades behind bars if he’s convicted on all counts.