Bruce Willis to step away from acting after aphasia diagnosis

Although the two divorced in 2000, Bruce Willis and Demi Moore share a very close relationship. The Ghost actress is the mother of Bruce’s three eldest daughters and the former couple still enjoy spending family time together.

They have such a great bond that Bruce decided to live with his ex-wife and their daughters, Rumer, Scout and Tallulah, in Idaho during lockdown while his wife Emma Heming Willis, who he married in 2009, stayed in Los Angeles with their kids, Evelyn and Mabel.

Along with all of Bruce’s kids, Emma and Demi joined forces to put out an emotional statement back in March, revealing he was suffering from health issues.

The 67-year-old will no longer be making any movies after discovering he has aphasia, a condition which has affected his cognitive abilities, so will be stepping away from his career.

On Instagram, the family shared a heartbreaking post that was signed “Emma, Demi, Rumer, Scout, Tallulah, Mabel, and Evelyn”. 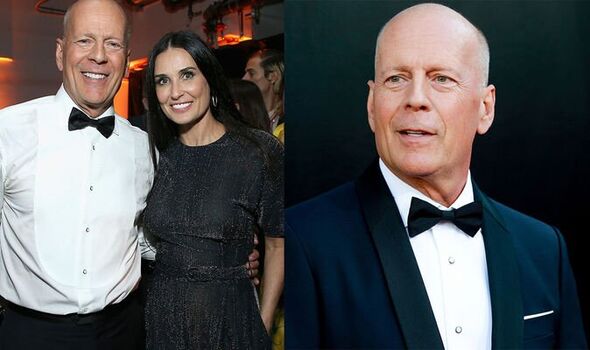 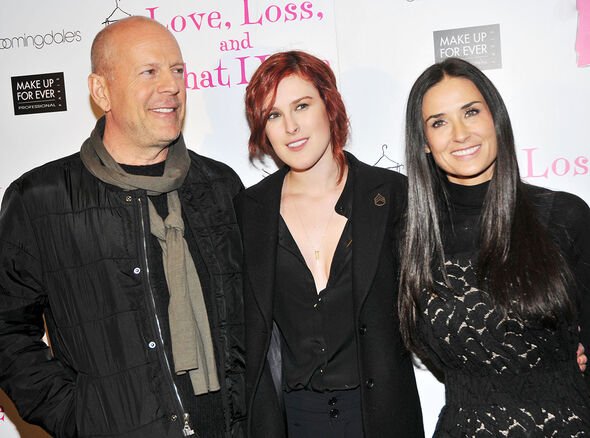 Bruce and Demi had a whirlwind romance after meeting at a film premiere in 1987 – marrying just four months later after the actress fell pregnant with their first daughter.

The Hollywood stars’ eldest daughter Rumer was born in 1988, followed by Scout in 1991, and Tallulah in 1994, but sadly, their marriage would not last.

Eventually, the couple began to spend less and less time together and when they announced officially that they had separated in 1998, it was reported they had been “leading independent lives for some time”.

“I think both of us from the outset were more passionate about having kids than we were about being married,” Demi wrote in her 2019 autobiography, Inside Out. 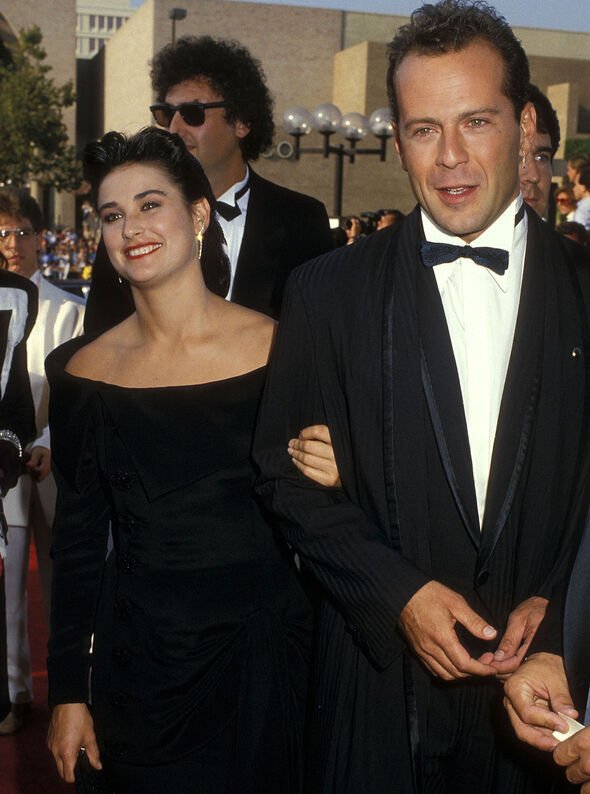 But in a change to the norm after they divorced in 2000, the split actually made the former Hollywood power couple closer than they had been before, as they continued to raise their daughters together.

“We have three children whom we will continue to raise together, and we’re probably as close now as we ever were.

“We realise we have a lifelong commitment to our kids. Our friendship continues.

“The institution has been set aside… It’s difficult to live your life and marriage under a magnifying glass, which is what happens to movie star couples.”

Bruce dated a string of other women after his split from Demi, until finally finding love with model and actress Emma, who he went on to have two daughters with.

Meanwhile, Demi moved on by marrying actor Ashton Kutcher in 2005, but the couple divorced six years later in 2011.

The families became blended as Bruce became pals with Ashton, and Emma was introduced to her husband’s ex and her partner very early on.

“It’s generated a lot of interest because everyone can understand resentment and envy in the breakup of a marriage, but they don’t understand how I can get along with my ex like that,” said Bruce.

“Demi and I made a choice to put the kids first, and we’re really lucky that it turns out we all have fun together.”

Demi and Bruce were seen side-by-side cheering Rumer on when she competed on Dancing With The Stars, and the Ghost actress was even a surprise guest at the Die Hard star’s 2014 Comedy Central Roast.

And after their antics during lockdown raised eyebrows, their daughter Scout shared the real story behind their cosy self-isolation family time.

She revealed that Bruce’s wife Emma had actually stayed behind in LA awaiting test results for her daughter.

“It’s so funny you know because to me they’re just like super f**king weird parents, but to everyone else, there’s this like different level,” Scout told the Dopey podcast of her mum and dad’s unusual set-up.

“My step mum had to be in LA waiting for the results after taking her to the doctor. My dad came up here early and then travel got crazy so my step mum stayed in LA with my little sisters.”