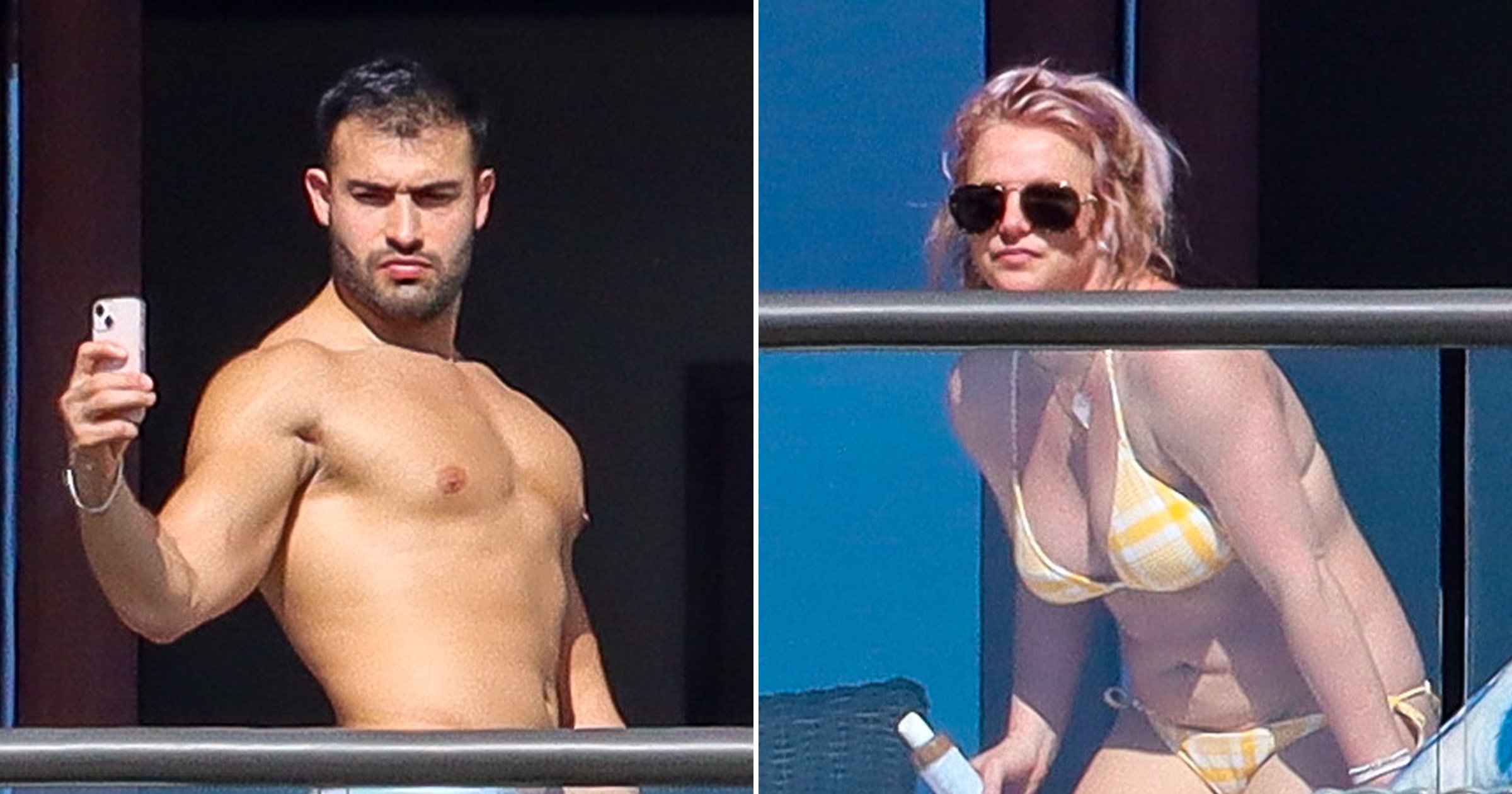 Britney Spears has jetted off to Hawaii with with her fiance Sam Asghari, getting away from it all following her feud with her sister Jamie Lynn.

The Toxic hitmaker was pictured enjoying the sunny weather, looking stunning as she rocked a yellow checked bikini.

Britney, 40, also donned some sunnies as she looked out over her balcony, taking in the views and blue skies.

Meanwhile, Sam, 27, is most definitely making the most of the hot weather, flexing his muscles to get the perfect selfie.

We’ve all been there, Sam.

However, it’s not been all smooth sailing, as Britney revealed she’s been feeling ill, similarly to when she was pregnant.

She wrote on Instagram: ‘I think I have a small bug … the only thing that is similar to this feeling is when I was pregnant 🤰… it’s the nausea 🤢 that is the worst …

‘It’s like I can’t wake up so I go to the gym trying to wake my system up !!! It’s like clock work ⏰ … I break my first sweat then I go to the bathroom and throw up 🤮… it’s absolutely horrible but then I stay at the gym because I don’t want to go home and lay sick in bed.

‘I keep going and night I go dancing 💃🏻 and my system starts to get clarity … Dude … this has been going on for a month and if someone has this you’re not alone !!!’

The popstar has been enjoying the small things following the end of her conservatorship, which meant that her father Jamie had control over her personal, medical, business and financial decisions.

It was terminated in November, but the star has since been clashing with her younger sister Jamie Lynn, who made various claims about her in her new book, Things I Should Have Said.

Britney previously accused her sibling of not being supportive during her ordeal, and selling a book at her own expense.

The actress later publicly pleaded with the Toxic singer to end their public fall out, following a back-and-forth on social media.

Britney then insisted that she loves her sister unconditionally, despite their past issues.

‘Jamie Lynn… I don’t think your book is about me at all…,’ she posted on her Instagram page. ‘I said some harsh things because you obviously hurt me by the things you are making up about me!!

‘All I know is I love you unconditionally!!! So go ahead and say whatever you want… it’s so tacky for a family to fight publicly like this!!! You say you love me… yet your loyalty is still with the people that hurt me the most!!!

‘I think the thing that saddens me the most is that when this all happened to me and when I called you from that place… you would take days to respond!!! I never got to talk to you!!! You would just text me days later and I was so scared.

‘I needed you… my family, my blood and your support more than anything!!! You guys did absolutely nothing UNTIL a year ago!!!’

Sam and Britney first met in 2016 and got engaged in September last year.